posted on Dec, 1 2018 @ 07:44 AM
link
Filmmaker Jeremy Corbell's documentary, Bob Lazaar: Area 51 & Flaying Saucers, is set to premiere this Monday, December, 03 at the Theatre at Ace Hotel, in Los Angeles, CA. You can pre-order the film on Vimeo On Demand, on Tuesday, December 04.

To be honest, I wasn't that impressed with Corbell's "Hunt For the Skinwalker" documentary and based on the reviews on Amazon.com, many people felt the same way. However, there's a chance that Corbell will redeem himself with his latest effort. Admittedly, I'm on the fence whether I believe Bob Lazaar's story, but his story intrigues me way more than the Skinwalker Ranch phenomena. I'm curious if some of my questions will be answered in this upcoming documentary and I'll probably watch it on demand, when it's released for streaming next week. In the meantime, I'd like to share a teaser clip that was released yesterday, featuring Lazaar describing the gravity reactor in an an alien spacecraft. I also posted several teaser clips, that were released earlier this month.


Latest Teaser Clip On "The Reactor":

Teaser Clip #3..."If You Can Control Gravity, You Can Rule The World":

This looks excellent.
I loved the Skinwalker doc and the AMA that followed.
I have a feeling that we are in for quite the treat with this one.

The latest teasers - all three don’t seem to be working. For me anyway. Can anyone else confirm?

Yeah, sorry about that. Corbell isn't allowing them to be watched on other websites, but there's a YouTube link that you can click on, that will automatically play the clip on YouTube.

Ya, I just clicked that link and it brought me to them.
I’ve been really looking forward to this one since Jer, first told us about it.
Rubbing my thighs in anticipation.

Feels more like a recap of Bob Lazaar story, made more hollywoodish..
like the one he made about skin walker

I expect alot of hype.. and alot of disapointment

Thanks for the update , I'll reserve judgement until the final product is released but am hoping this documentary will have more meat than potatoes , if nothing new is presented then it will just be more of the same.

Yeah, I understand where you're coming from. I regretted purchasing his documentary on the Skinwalker Ranch. It was very boring and rehashed the same stories and conjecture that I had already heard about. Nothing new was brought up on the phenomena, just a lot of hearsay. With that being said, I've always wondered about the veracity of Lazaar's story and I'm curious if Corbell has found any new evidence that may compel me to believe him. We shall see.

posted on Dec, 1 2018 @ 09:29 AM
link
Impressed that they got Mickey Rourke to narrate it. Not that he’s an a-list actor or anything, but he’s legit. He’s got a good voice for this type of story.

the 'captivating Trailer" just a

flash card technique of 50 years of hype.... about What?


Impressed that they got Mickey Rooney to narrate it.


Army S4 ~duties and responsibilities~
At the battalion level,Army S4 soldiers retrieve and attempt to reverse engineer Alien technology.
Most battalion-level Army S4 supply specialists work on our secret Moon base where they track and record Alien activity

Getting Mickey Rooney would indeed be impressive.

originally posted by: ColeYounger
a reply to: Assassin82


Impressed that they got Mickey Rooney to narrate it.


Yup! Thanks! A little groggy in the brain; prepping for finals week.

posted on Dec, 1 2018 @ 11:24 AM
link
I listened to a podcast the other night with a Jeremy Corbell interview- it is interesting and gives a couple of tidbits of information that might be new for most people. You can find it here: 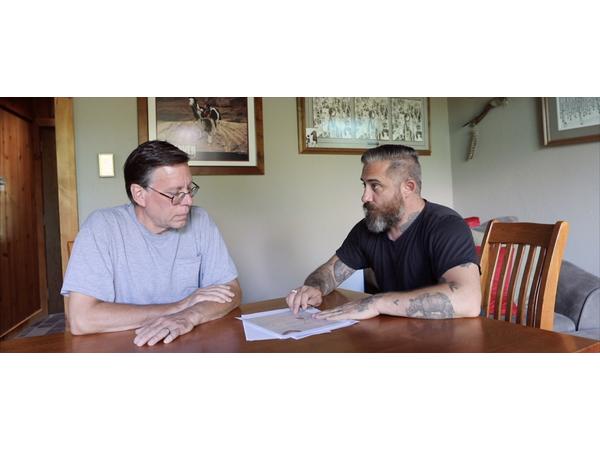 
Thanks for the link. I haven't been here in so long I dont know anyone here anymore. Anyway, off to watch on big screen.

10 minutes in, and they just showed the old clip of Lear referring to his initial contact with "Theoretical physicist". Lear claimed that this physicist has seen and interacted with the aliens. Why would he have said that? To my knowledge, Bob Lazar made it clear that he never saw any aliens. Only their craft which he was brought in to back engineer in some capacity. Now if he did see aliens, why would he then deny having seen them, or why would Lear make that up?

And that’s right, as far as I ever heard, Lazar has stated from the get go, that he never seen any aliens.
But I found this clip with Lear telling the story. Which is probably bs on Lear’s part.
Because like you said, Lazar never publicly claimed he had any interactions with ET’s.

Video title is just hype. Lazar isn’t in the interview. It’s Lear doing and interview about Bob.
edit on 2-12-2018 by Macenroe82 because: (no reason given)