“This is not just about a Green New Deal, this is about a new deal for the United States of America,” the 29-year-old said at a “Sunrise Movement” press conference in Washington. “Because in every moment where our country has reached the depths of darkness, in every moment, when we were at the brink, at the cusp of an abyss, and we did not know if we could be capable of saving ourselves, we have.”

“We’ve done what we thought was impossible. We went to the moon,” she added. “We electrified the nation. We established civil rights. We enfranchised the country. We dug deep and we did it. We did it when no one else thought that we could. That’s what we did when so many of us won an election this year. That’s what so many of us did.”


I wanted to post this not so much because it's another stupid thing some stupid commie said, but because I honestly believe that most (if not all) politicians feel this way.

They are so full of themselves.

I think that if we gave politicians like Cotez a laxitive, they'd only weigh 2 ounces afterwards.

It's our own fault, our culture has made "political celebrities". People of no substance gaining fame for having regurgitated concepts, and doing nothing but acting in the most self-serving manner while we fawn over them like they're friggin' geniuses.

But some days, most days, I wish that it weren't.

posted on Dec, 1 2018 @ 07:45 AM
link
This strange young-un always wears black as if she's going to a funeral. Lunacy is the closest thing to the moon this weird one has.

Bluntone22
+5 more
posted on Dec, 1 2018 @ 07:50 AM
link
The Democrats need to distance themselves from this fool.
But I'm afraid this is the type of fool our younger voters will relate to.

She bitches about not being able to afford rent in New York but has pictures taken in $3k suit.


And just when we were beginning to believe the moon landing was real... 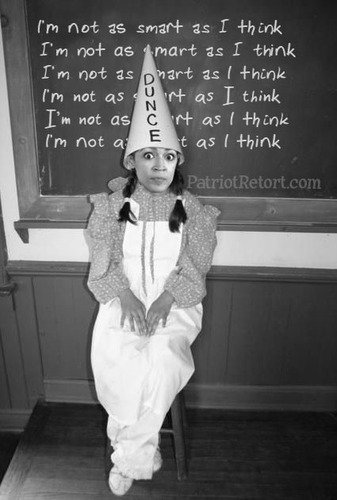 posted on Dec, 1 2018 @ 07:57 AM
link
She has already far surpassed her annoying quotient and she hasn't even been sworn in yet.

As for her outfits, it's commie chic don'tya know?

I have a theory. If she put on 30lbs no one would pay attention to her anymore
edit on 1-12-2018 by Aallanon because: (no reason given)

I keep hearing that. Breath and butt smell. I can imagine it and it makes me gag. Not hot.
edit on 12 1 2018 by tadaman because: (no reason given)

I wouldn't use the word "hot". Not even cute or pretty in the sense. Still looking for some T & A pics just because I'm a guy and curious. I have $50 on she has one of those flat & fat bean lovers fannies.

I just want to make a "leave Alexandria alone!" video.

Just reading her words doesn't do it justice, you need to see her dramatic, self-aggrandizing in all its glory.

Glad to see she doesn't have self esteem issues to work through.

Well that finger wagging sure should help her. NOT 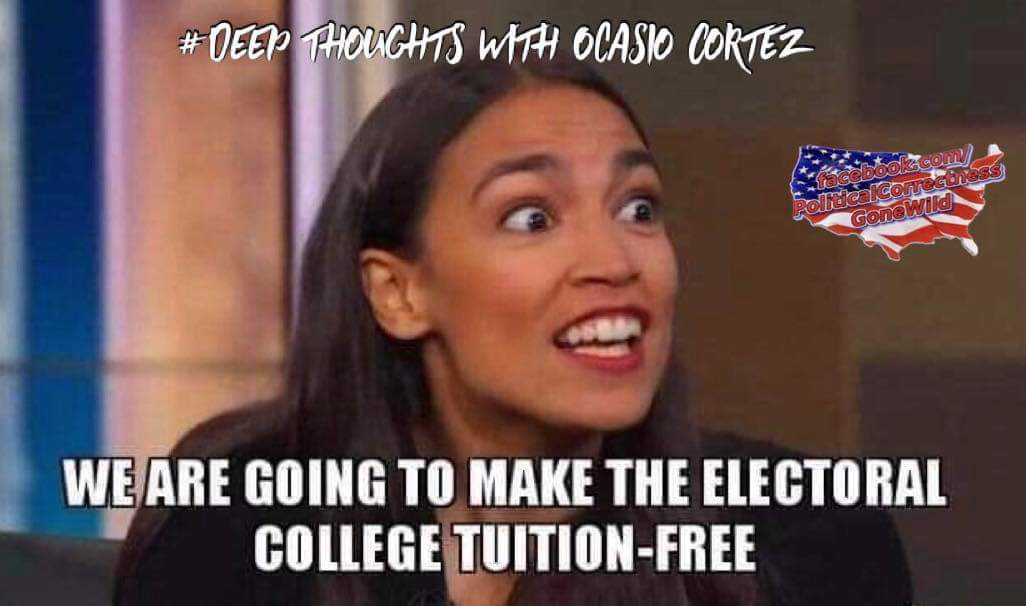 posted on Dec, 1 2018 @ 08:21 AM
link
Alexandria Ocasio-Cortez likens her election win to America’s historic moon landing. I liken her election to the time someone parked the pickup on a hill without setting the break. It rolls down the hill and knocked the out house over. A smelly affair.


It's our own fault, our culture has made "political celebrities".

This particular cultural lunacy really took off with Obama, after Hollywood dummies like George Clooney referred to Obama as the "rock star president". Actress Scarlett Johansson said publicly that she exchanged emails with Obama! Then Obama had to respond publicly that she didn't have his personal email address, and simply contacted him through the generic WhiteHouse email forum.

Then we have super-stooge Bono asking Hillary Clinton to use her clout to help U2 link up with the International Space Station during U2's tour.

You nailed it, DBCowboy. Celebrities being made into politicians by our idiotic culture. This is why people are suggesting that Oprah, The Rock, Tom Hanks, Morgan Freeman, Chuck Norris, and Ellen Degeneres should run for president.

Then there's this:
Kid Rock for Senate
(Before I'm chastised by ATS members pointing out that Kid Rock's "senate run" attempt was a sham, he has a legion of supporters who are actually pushing him to run!

I think it started earlier than that.
Remember bill Clinton playing his sax on arsenio hall?
At least he had a clue and turned out to be a decent president.

You're right, the celebrity thing really does go back to Bill Clinton.

originally posted by: Aallanon
a reply to: stosh64

Well that finger wagging sure should help her. NOT

I can imagine being her SO and getting that finger waved during her hubris filled lectures after I left the seat up.


She's got that finger of fascism pointing at people. The dictator point. ☝ 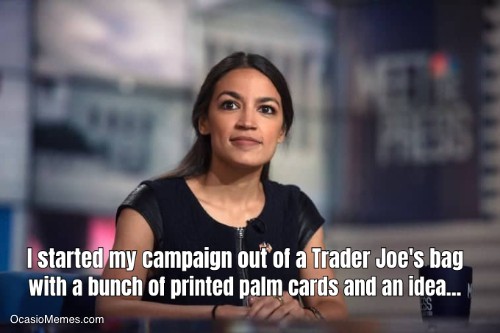