HOOVER, Alabama -- Police in Alabama promised transparency Monday after a weekend of protests in response to an officer fatally shooting a black man who pulled out his legally permitted weapon following gunfire at a shopping mall.


HOOVER, Ala. — Police in Alabama promised transparency Monday after a weekend of protests in response to an officer fatally shooting a black man who pulled out his legally permitted weapon following gunfire at a shopping mall.


The statement police released early Monday suggested Bradford shouldn't have pulled it out.

"We can say with certainty Mr. Bradford brandished a gun during the seconds following the gunshots, which instantly heightened the sense of threat to approaching police officers responding to the chaotic scene," the statement from the city of Hoover and its police department says.


I don't believe why this wasn't shared yet on here yet when it was breaking, last Thursday. Apologies if it was.

This is not just a wrongful shooting but it also shows concern for action and use of a firearm in protection from a mass shooter.
"The only way to stop a bad guy with a gun is a good guy with a gun."
Which was likely what this man may have been trying to do to protect others from more injuries and death.

The actual shooter remains at large. According to the source and the man's father, he was an army veteran and had a permit to carry. His family has hired a civil attorney, while they are waiting for the body-camera footage.


DOUBAN: Sure. This happened on Thanksgiving night at the mall, so it was full of people looking for those early holiday deals. A little before 10 p.m., there was a fight that broke out. There were gunshots. People started running and hiding in stores. And, very quickly, because there were lots of police there already for the holidays, police went toward this skirmish in no time. A police officer shot and killed Emantic Bradford, known as E.J., saying that he was fleeing the scene, and he had a gun. Worth noting that many witnesses that night also said lots of people at that point were running and had their guns out.


"We don't trust the police department because they've already lied to them. They released his picture all over the world saying he was the shooter and the police officer was a hero," Crump ( attorney ) said.

I would think so.

Two errors. You draw to shoot only, not walk around.

The cop didn't take long enough to assess threat of guy with gun.

I'd need to see a video, know where the gun was pointed when the cop came up.

Well, if you're black and in America and have a conceal/open carry permit chances of you being killed by police go thru the roof because black man with a gun.

The NRA and it's followers constantly spout that good guys with guns will be the deterrent to bad guys with guns. A simple solution to a very complicated problem. But will the NRA step up and defend this man? I haven't looked but I doubt it since they have a track record of ignoring stories of black Americans being killed by police in cases like the article.

Where was the NRA when Philando Castile was killed by a cop trying to show his permit after telling the cop there was a gun in the car.

The current NRA is a disgraceful organization. I liked em better when they focused on hunting and land conservation.

Same thing would happen to a white guy.

The cop was scared and didn't aquire his target properly.

The media needs charged for inciting violence, but they will probably go film it now.

I began to write this story up over the weekend but it made me sick to my stomach the more I dug into it so I put it on the back burner, hoping someone else would cover it for me.

This truly innocent guy (as it seems now) was pasted all over the media and portrayed as someone attempting to kill others over a Black Friday argument. The police were high fiving each other, patting one another on the back for eliminating the "bad guy" and allowed the narrative to continue for a couple of days before admitting that they had made a mistake. But did they say the man they killed was innocent? Nope....not at first, anyways. They still tried to demonize him and say that he was probably involved, somehow, just to justify one of their own shooting an innocent man.

With that said, there is about a 97% chance that he should NOT have had his gun out of it's holster and one could argue that the police were justified in dispatching him. Without knowing how everything unfolded, its hard to say if the "hero" cop should've shot him or not. All I know is that it is a terrible deal and a truly sad situation.

What country do you live in? Do you only watch Fox News or something? How can you honestly say horse$%!# ? This isn't some rare case of a black man being killed by cops. But hey, clearly my one reply to you won't change your mind or even allow you to pause for one second to reconsider because as we all know, just about everyone on the internet is right, always.

posted on Nov, 27 2018 @ 02:41 AM
link
I'm a white guy, and I wouldn't even think of getting a concealed carry permit.
Cops these days don't give a damn what color you are, they see a gun they start shooting.
Not worth it in my opinion.


Is the following better?:
I found a title of the AP* article that doesn't have the title. Titled as according to site T&C rules and that it's a current update of the situation.

(Yes, that's going out to even local stations.)

Also, to let this be known that there already have been protest/demonstrations about the man. There's been no violence.

In this case it's the attorney who talked of the following in the news, and assuming the media did pick their own title or variation of the news title from the AP source:

"It doesn't matter if you're a good guy with a gun, if you're black the police shoot and kill you and ask questions later," Crump said.

Most of the searches on Bing also came up with the first article and title used.
edit on 27-11-2018 by dreamingawake because: ETA

I know the media has you brainwashed into believing that cops are out there just killing every black guy they come across but reality doesn't support that narrative. 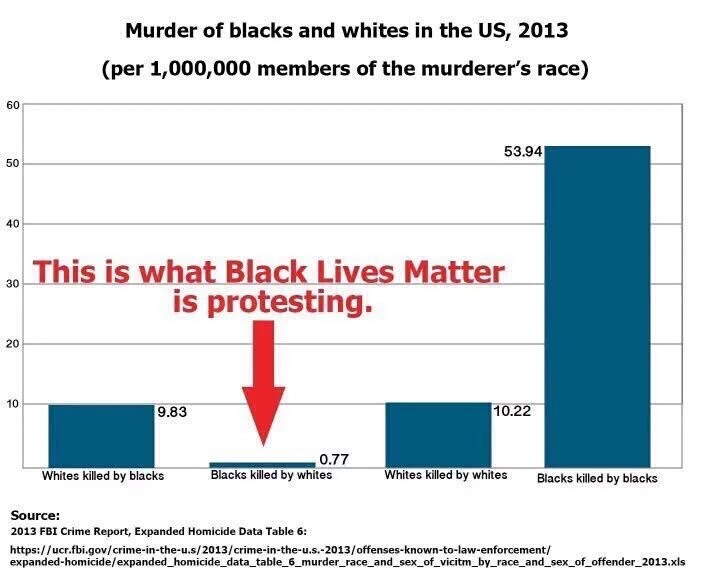 The sock allows action by elasticity....I got mine for Christmas .....fits my 6 inch s and w

I'm a "white guy" and have had a concealed carry permit for over 30 years. Cops don't kill you if you use some common sense. Running from a shooting scene, with a gun in your hand, when officers are on scene, is a HUGE red flag, no matter if you're white or black. They don't know whether you're the perpetrator, or the good samaritan who shot the bad guy. The trouble is, people who own concealed carry permits ARE NOT trained properly and most are NOT proactive in obtaining proper training.

It's not the quantity of times a black male dies at the hands of the police, rather its the circumstances and the intents.

That small percentage of . 77 can be said small for any other minority group in America. The issue is the glaring differences in outcomes in trivial or complex situations compared to majority races or ethnicities

Yet to determine that people look at black man did this here and was shot while white man did this here and wasn't, while actually ignoring evidence of those cases and not acknowledging that this cop isnt that cop, this judge isnt that judge, these jurors are not those jurors, this evidence is not that evidence. You talk about complex situations, but they are often brought down to one detail, colo(u)r (there you go IA).

posted on Nov, 27 2018 @ 05:17 AM
link
This is the price of freedom. Wanna legally carry a firearm? Then prepare to accept the fact that you may get mowed down by another good guy with a gun. It's an unavoidable tragedy.

I guess you can say when the police are involved, brandishing a gun during a shooting doesn't support this statement. Unfortunately I can understand the confusion by the police when they arrive on a scene with an active shooter. An innocent person trying to stop the shooter is mistaken for the shooter. I just wonder if the cop who shot this young man gave him the command to "put down your weapon." If he didn't, the cop could have easily mistaken him as the shooter. I would think this policeman's guilt will come down to proper protocol.

I think at times, police are too quick to use deadly force. Then again, most of us are not put in those dangerous situations to really know how we would react. I do feel however, the basic known fact below makes officers react more quickly than they should...

...This is most certainly on the minds of law enforcement. Which most likely results in many too quick to pull the trigger incidents when black men are involved.

This sounds to me like a horrible mistake. My heart goes out to the guy's family. It's truly a tragedy. It would have been far better if the cops had thought things through before shooting...

That's the key. IF they had time. We don't know what the whole story is here. It's a huge mall and I'm sure there was confusion; I'm sure the cops were scared; I'm sure Mr. Bradford was scared. Maybe the cops felt they were saving lives... hard to say. Unfortunately we live in a world where too many cops are too scared to even hold their gun still when shooting and where people pull out a gun well before they're ready to use it. But we don't know in this case.

The cops should get a full hearing and possibly stand trial if that hearing justifies it. Let a jury decide. But at this point I'm not going to condemn anyone.

originally posted by: WeDemBoyz
This is the price of freedom. Wanna legally carry a firearm? Then prepare to accept the fact that you may get mowed down by another good guy with a gun. It's an unavoidable tragedy.

At some point the "free pass" known as "official immunity" needs to be looked at and modified as situations such as this arise.

The law should apply equally whether "good guy" or Police - the law is very uneven in this circumstance.

You draw to shoot only, not walk around.

Not if you are the police. Basically when the shooting starts, gun and no uniform is a target.

edit on 11/27/2018 by Flyingclaydisk because: Bottom of the page never-never land