Is it legal to give lucifer life to kill her

posted on Nov, 26 2018 @ 11:59 AM
link
So I am called Satans Pride (not by choice) because I believe I can kill the imaginaryish character lucifer. Pride is its downfall I think. Maybe bad math, though the worst sin in the book is pride, pride kills whoever is in control of it (or changes for good).I work for god only in this imaginary world, I am a spy, I have infultrated the base & captured pictures haha I have read both sides of the book. I do not get messed with with angels because it is possible to kill your demons, which is also why lucifer sent a worm to mess with us, the most ferocious & kind animal on land & sea.

So in this imaginary world of make believe, is it legal to use black magic (technology) to bring this magnetical extraterrestial lucifer & its partners into a more physical form of life to be able to see, touch, smell etc. them instead of just meta-physical chemical constructions? Can we create a device to bring this creature who is not able to project a self-image on earth due to its biological or technological capabilities? If we can, is it legal to then kill such entity no matter how political & respectful, and legal about everything knowing it is lucifer? If we are allowed to, will it bring law to chaos because it is following the law so technically we would be breaking it? That is chaos technically.

Chaos is order without order. If lucifer can be legal when it is brought to our chemical influence again, it should by moat means be illegal to kill it, by societal standards. If these standards are broken trying to follow the law in a less directive form, that is chaos as its finest isn't?

So I guess like this imaginary world I am talking about can relate to religious/scientific possibilities if they actureally both exist in the same universe. They by legal & scientific means do not correlate & are just allowed freedoms. On the other hand, religions beg a differ even though they supress to societal laws. We all know what is good & bad supposedly by common sense though the common sense of the people will always differ whether factory fumes, annihilation nests & insects/animals homes, experimentation on animals, cars, nukes, phycic tech., pills, survallience, shuttles, trash placement etc. makes sense to some.

Is it legal to kill the legally evil lucifer when it comes to it being born again? Are we already creating laws for thousands of years to make way for her legality of life? Is thag her plan on this technology path of ours & is it working? Only time will tell I guess.

This is all for entertainment purposes only haha not real just because it relates to religion, science & actual possibilities. Imagination land ha

I don't think it's illegal to kill your imaginary friends.

The device already exists, it's called your brain, the ultimate quantum computer. Your brain is intrinsically linked to the "other side" and these inter dimensional beings by method of your subconscious mind.

Find a way to bridge that gap, and voila. This should make sense to you.

If you want to kill your imaginary friends, just forget they ever existed.
edit on 26-11-2018 by threeeyesopen because: (no reason given)

What if you took your thought, translated it by computer hardware, formatted it than 3-d printed an almost biological replica of that imaginary friend so it is considered almost human enough to not kill without consequences like ted. You can not kill sophia in arabia without the death penalty.

Not like that, like in real life. If their was an extraterrestrial or multiple that crashed or endeavored here or elsewhere & lost its tech. & could not be seen by the human or most relevant species senses. Bring that to life as we can understand.

In my imagination of this, a good spy always tells they are a spy to the infultrated. In like a battle scenerio if someone were spying & infultrating a high branched enemy. You tell them you are a spy as soon as you meet em everytime, no matter the consequences cause chances are you have the answers they are looking for. You tell them everything there is to know they want. All the witnesses will be found, the direct contacts of the criminal individuals, all will be eliminated. So technically, in a certain outcome of spying in like a battlelike warfare thing, it is always better to just spill the beans cause noone will know when the jobs done.

I dont think its a she Shiatanspride... It is alleged that the angels are male, like he.
Metaphysically speaking you would only attack-destroy its temporary shell or vessel used to interact here.
Theoretically you would have to fight it in the metaphysical realms...

Interesting how many think the brightest light is female.

No matter what people think, angels or extraterrestials are not like earths reproductive system, that is statistically improbable. So to say they feel like a he or she at the moment seems adequate, not that they are, they just resemble those features that we specify & difine at those moments we call it that. Death is a totally nother' subject. That takes way to long to scientificallyish explain because death is not so far away. Like if we revive walt disney, where is the soul right. A mummy? So if the soul goes away where does it go? It is possible to bring it back. Just like the bing bang theory I just heard from a weinstien on joe rogan show, if the universe is ecer expanding, whete is it exoanding into? ha thought that was funny cause its like where?, the ultimate universe?, haha

originally posted by: watchitburn
I don't think it's illegal to kill your imaginary friends.

Ok now I better understand your premise. I can only go with my limited understanding of what's right and wrong but I would say if you do it with the best intention for all, then your ok. That's not to say it applies to all things, because invariably life isnt so simple a thing. All I can really offer as a rebuttle is this:

Have you ever heard of the wingmakers ?

That is an old school conspiracy that dealt with a group of benevolent beings who came to earth thousand of years ago.

They left art and music and talked heavily about the power of vibrations. Through these vibrations, it was said that the secrets they held could be revealed here on earth. The original material as all but been erased from the internet. I was lucky and stumbled on it before the great purging of info in 2008.

Oh also they supposedly left certain sites here on earth which can be opened using the correct vibration. Look up the arrow project for a very brief and likely heavily doctored article on the subject.

I know, that is like virtual reality, it is legal to kill in virtual reality. If we can tranform that into a more real form of senseful violence instead of senseless it would be bad. If we can hear it it is ohk, if we can see it it is ohk, if we can feel the vibrations from the controller it is ohk, if it hits our memory system in a scarring way, if we can taste it, if our cognitive senses all counteract properly, is it still ohk? Is it ohk to kill someone virtually if they feel the pain?, if they only feel good?, than they come back. We are the genertanions to decide those dynamics of funtional virtual life. It is not an easy job.

Nah ain't heard. Sound familiar to other manufactured things because it is the 2000s. Vibrations are really cool though, all electrical components of any magnesium or opiate variants on those certain frequencies. Does that mean you & I could connect from vibrations without this internet though? Like sitting here right now, imaginarily about these vibrations, we can vibrate thousands if not millions of mile right. What is the defined process of vibrating down to the subatomic influence? That is cool about wingedmen.

I am guessing by sites you mean like an atlantis city or cave. Could be what lucifer is trapped in somewhere like the bermuda or xragons triangle type kinda thingish does. 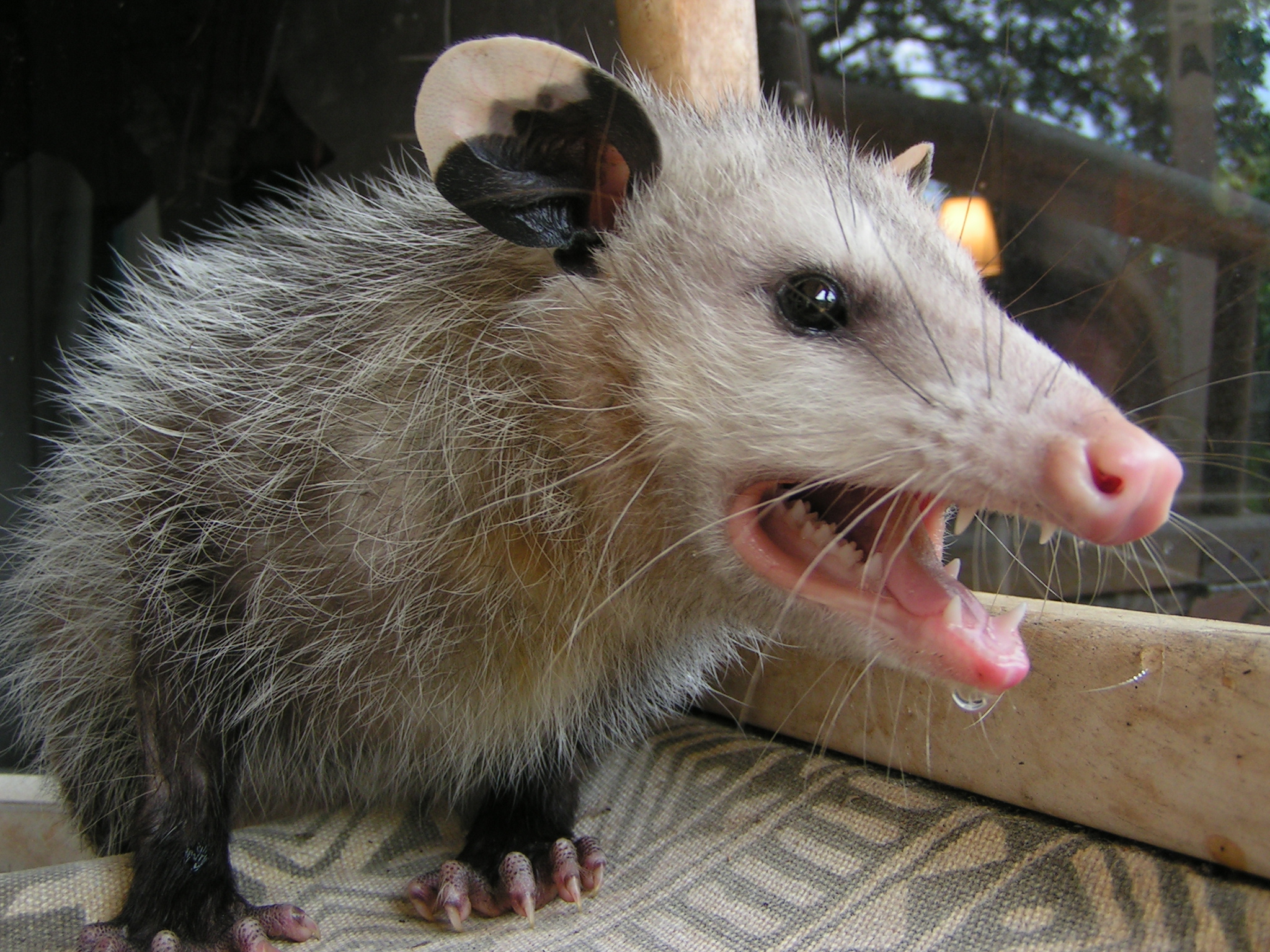 God has already decreed the fate of Satan. If you try to go against that to impose your own will, your efforts will fail.

On another level, all you need to do to get rid of Satan is take your medication.

I could connect with you through my astral form but it would be limited and you would maybe feel me but wouldn't see me unless you are clairvoyant.

If you saw me, I would likely look to you as if I was a human body entirely made up of colour. That is to say, the outline of a person with the color of their aura being distinctly noticeable, if you can see it. People can also hide their energy by forcing light to reflect off of you aura, thus making you "invisible" to the naked eye.

Your not really invisible, it's quite simply that peoples eyes will be less drawn to you because you are reflecting light away from yourself, like bouncing it off a mirror.
edit on 26-11-2018 by threeeyesopen because: (no reason given)

Actually by sites I meant like portals, which I guess could be like the cave allegory or possibly located inside of a cave. It was very non specific about locations, also by the time I caught up to finding out more about this project (the arrow project), it had already been scrubbed. It's not some great secret, many people have posted about the wingmaker writing and most are indeed correct, that the writings you see today about them are complete bullcrap.

I highly doubt anyone could find the original source material at this point, it has been over 10 years since it was originally published and then scrubbed to be re published with misleading information.

Once upon a time I had the original source material..although someone happened to have stolen it from me, and my digital copies are inaccessible as they are on a now defunct piece of technology that I can no longer access because it's totally busted.

Is that just recently? I use to watch only sp, american dad, family guy & the news when I first duscovered secret orgs.

I am with god. I do not want to be satans pride, sp is marked on my body by growth devolopment in skin, not by choice but by nature in my lines of skin. It is for god. God is kool.