Oh you weren't around for that? Yes. They actually believe that. I would guess that 100% of Q followers still believe it.


Hmm. Conspiracy themes website? Or, did you actually believe you were on another website? This IS ATS after all. We are supposed to question everything.


2) the economy has improved a lot. Unemployment is at an all time low. In your article, it just says Obama did all of this. Lol.

3)millions voted illegally... i don’t know about millions, but the democrats have been caught on video allowing people to vote illegally so....

4) illegal immigration is a real probjlem. Nobody thinks all immigrants are violent.

6) Trumpcare is great while Obamacare is awful.

Obamacare was awful. It imposed an unconstitutional tax on everyone and levied fines on those who could not afford it. As far as i’m concerned, there are waaaay too many people on welfare. Pretty much everyone i have met who is on the gov dole could be working somewhere.

I have never heard it called trumpcare, except for lefty commies who want to disparage the pres.

7) Barack Obama was not born in the United States.

That’s Obama’s fault. He literally said he was born in Kenya. And he calls his wife michael.

There are plenty of commie politicians who want to ban guns. I thought this was pretty well known.


9) All the investigations into Trump’s ties to Russia are bogus.

Please present the overwhelming evidence of trumps russian collusion. Because no one has seen it yet.


10) Trump is honest and trustworthy.

I don’t think anyone trusts any politician, or thinks anyone on the planet doesn’t lie sometimes. What i do think is that i trust him more than any other politician to date.

originally posted by: rollanotherone
Hmm. Conspiracy themes website? Or, did you actually believe you were on another website? This IS ATS after all. We are supposed to question everything.

You mean fall for everything?

posted on Nov, 25 2018 @ 08:57 AM
link
Is this the twin of that one dude with the blinking alien avatar? You know the one that, just posted things to wind people up. As far as the intelligent side of things, I do not recall McCain supporters rioting or screaming after the election like morons.


'This article sounds like it was written by an ugly, bitter girl in her college dorm room who's taking Womyn Studies while her cute roommate is getting pounded by the captain of the Lacrosse team.


If she would shower occasionally, shave her legs, scrape the layers of tartar from her teeth, she'd probably have a boyfriend too...just like her popular roommate, Amber.

True, her boyfriend would be Gus, the creepy, toothless, janitor who lives in a utility closet in the dorm's sub-basement...but, together, they could still find something special.

1) Lefties need to start feeling better about themselves. They could start by showering. And putting on clean clothes.

2) Lefties need to start eating meat and vegetables. A balanced diet will greatly improve their complexion and their brain functions.

3) Lefties need to stop watching the news. It's bad for their health. Start reading, books are good. They could start with Maus. It has pictures. It also has ACTUAL Nazis.

5) Lefties need to leave the basement. Sunshine is a wonderful, free, source of energy. Plus, it just feels good.

6) Lefties need to stop obsessing over the President. He IS your president. Get over it. The world will continue to spin around the sun. No animals were harmed in the Making of America Great Again.


These are ALL my opinion and they may very well be all incorrect and I am totally fine with that. I am usually wrong. But since we were posting opinion pieces as fact, I thought I'd throw my opinion out there.
edit on 25-11-2018 by rollanotherone because: Damn samsung

oh FFS - not another of " these threads "when will merkin wingnust of all " flavours " get thier heads around the concept that neither :


originally posted by: rollanotherone
Hmm. Conspiracy themes website? Or, did you actually believe you were on another website? This IS ATS after all. We are supposed to question everything.

You mean fall for everything?


Yes. It is. I read it when I was a child. My father was heavy into propaganda. Imagine going from Rascal, to Maus. That was my childhood.

1. Trump is a devoted Christian.
He said he was, there are dude’s who say they are actually chicks, so I’m going to extend him the benefit of the doubt on that one.
2. The economy is improving because of Trump.
The upswings pace is due to Trump, (IMHO). You can see that in the stock market when the elections happened in 2016. But there is a bit of work to do, so no victory lap quite yet.
3. ‘Millions voted illegally’ (without a single shred of proof).
No, Thousands did, and that was in the news.
4. Immigration is off the rails and illegal immigrants are all violent criminals.
It’s the same as it’s been, it’s been screwed up and in need of repair for a while now, and Trump sees that and seems to want to fix it somehow. Lefties all think it’s fine and there should be no border. (see how I generalized the entire left like this douchebag article did to all Trump supporters?)
5. Trump should have the power to overturn judicial rulings.
No.
6. Trumpcare is great while Obamacare is awful.
There is no such thing as Trumpcare. Obamacare is still in place, minus the penalty for not being able to afford it.
7. Barack Obama was not born in the United States.
Irrelevant. If he was, the people who run the government were good with it, I don’t think he “pulled a fast one” on the entire US government.
8. There’s a war on gun owners.
Yes. If you doubt that some would like to remove guns completely, you are short bus material. Seek help.
9. All the investigations into Trump’s ties to Russia are bogus.
So far, it looks that way, but we still have Mueller’s investigation going, so no victory lap just yet.
10. Trump is honest and trustworthy.
Trump lies often and bigley. It’s what he does. We all know it. It’s almost as if you folks aren’t smart enough to just ask us what we really believe.

Good thread. Thanks for helping to get the word out!

Especially the legal ones.
They think a green card is a license to kill.

The only way Trump can truly save us is to ally with Russia, North Korea, and Saudi Arabia (our true allies) - and then we need to launch all the nukes and eliminate all future possible immigrants.

The Russian and American nuclear arsenal can solve all the world's immigration woes, go Trump!!

Hehe just uhgggg...unencumbered by the thought process
edit on 25-11-2018 by GBP/JPY because: IN THE FINE TEXAS TRADITION

posted on Nov, 25 2018 @ 10:37 AM
link
I love how the article kicks off with the phony MSM spin version of pizzagate; "Bill & Hillary Clinton pimping kids out of a pizza restaurant basement." 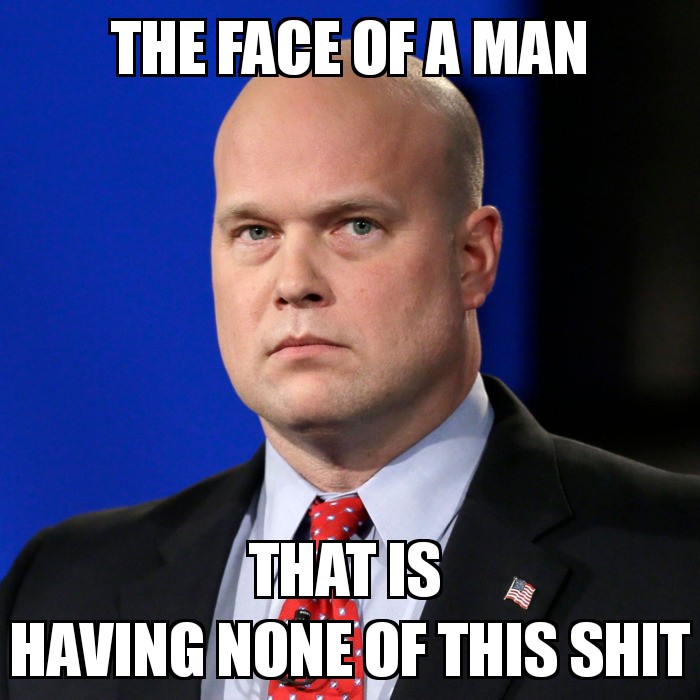 
this is just gossip for the most part

if i presented this level of proof for anything else my thread would be hoax binned but for polotics its ok ...