page: 1
37
<<   2  3  4 >>
log in
join
share:
soundguy
+32 more
posted on Nov, 25 2018 @ 07:59 AM
link
We all know that tRump supporters aren’t exactly America’s best and brightest. But this list kinda brings it to the forefront. I’m not really a raw story fan, but I thought this was a fairly accurate description of the average deplorable. I’m curious about number 5 though. I would like to hear some feedback on that one. I don’t believe that one is true.

You suffer from TDS

Nice insults by the way.

Not much meat on that list.. its just written by a angry lefty.
And there are no explanation why those things on the list are "fake" just a list of made up accusations
Really just makes Trump stronger with articles like this.
So thanks for supporting the president 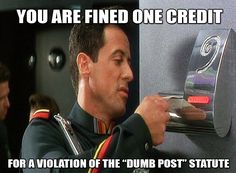 I know one fact that's true, maybe two
Trump is a clown but he won the election because Hilry Clinton is like herpes

IAMTAT
+35 more
posted on Nov, 25 2018 @ 08:21 AM
link
I'm just grateful that we have so many enlightened, intellectually and morally superior, leftists...to point out all of this really important and unbiased information that the rest of us need to know.

Not much meat on that list.. its just written by a angry lefty.
And there are no explanation why those things on the list are "fake" just a list of made up accusations
Really just makes Trump stronger with articles like this.
So thanks for supporting the president

There is a subset of people though that gobble up anything in support of their team or to hurt the other team and use no critical thinking whatsoever.

I remember the Obama Bots and their zealous support for Obama and now the Trump bots have replaced them.

There is a political satire website created by a liberal full of fake news to see what people would fall for.


“The more extreme we become, the more people believe it,” Blair replied.

He had launched his new website on Facebook during the 2016 presidential campaign as a practical joke among friends — a political satire site started by Blair and a few other liberal bloggers who wanted to make fun of what they considered to be extremist ideas spreading throughout the far right. In the last two years on his page, America’s Last Line of Defense, Blair had made up stories about California instituting sharia, former president Bill Clinton becoming a serial killer, undocumented immigrants defacing Mount Rushmore, and former president Barack Obama dodging the Vietnam draft when he was 9. “Share if you’re outraged!” his posts often read, and thousands of people on Facebook had clicked “like” and then “share,” most of whom did not recognize his posts as satire. Instead, Blair’s page had become one of the most popular on Facebook among Trump-supporting conservatives over 55.

odzeandennz
+8 more
posted on Nov, 25 2018 @ 08:28 AM
link
It's funny. The automatic defensive posts claiming a leftist is mad when all the angry posts are by the followers.

America is great again!
Those who are right are the ones whom shout the loudest or get more stars.

What an exciting experiment our species!

1. Trump is a devoted Christian.


2. The economy is improving because of Trump.


3. ‘Millions voted illegally’ (without a single shred of proof).

Speculation at best. Who knows the real numbers? Democrats cheat. That's a fact.


4. Immigration is off the rails and illegal immigrants are all violent criminals.


No one says all illegals are violent. Fake news.


5. Trump should have the power to overturn judicial rulings.


Fake news. No one says that.


6. Trumpcare is great while Obamacare is awful.


We still have Obamacare because of the dickweed republicans in the House.

7. Barack Obama was not born in the United States.


Who cares? Barky is a failed president and an asshole.


9. All the investigations into Trump’s ties to Russia are bogus.


Weird line. Trump has legally dealt with Russia. Not illegally like Barky and Hillary.


10. Trump is honest and trustworthy.


I trust him more than I did Barky or any other commie douchebag leftist.

'This article sounds like it was written by an ugly, bitter girl in her college dorm room who's taking Womyn Studies while her cute roommate is getting pounded by the captain of the Lacrosse team.

We all know that tRump supporters aren’t exactly America’s best and brightest.

What is wrong with you ?

Before you make another dumb thread, take a look at your retarded leaders like Schumer, Hillary, Pelosi, Ocasio,.....

originally posted by: odzeandennz
when all the angry posts are by the followers.


I dont think you know the definition of angry. Can you show one single post above yours that even HINTS at any kind of anger? I'll wait patiently with my bowl of #winning. Thanks.

originally posted by: Trueman
a reply to: soundguy

We all know that tRump supporters aren’t exactly America’s best and brightest.

What is wrong with you ?

Before you make another dumb thread, take a look at your retarded leaders like Schumer, Hillary, Pelosi, Ocasio,.....

Dont even. OP doesnt understand anything but a paycheck. He's a bad knock off (anti) Xuechen. At least Xue ends his posts with a 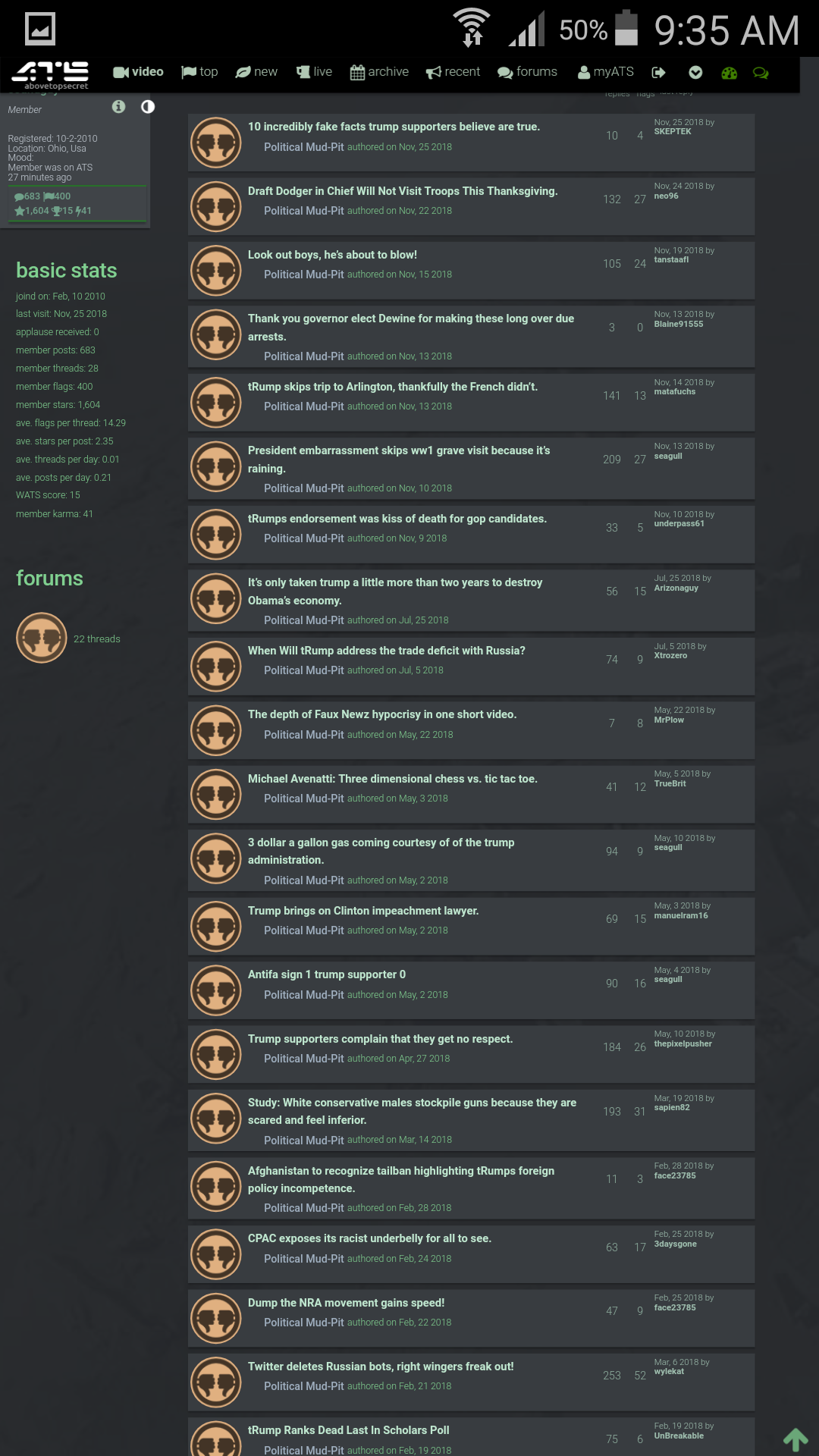 Oh you weren't around for that? Yes. They actually believe that. I would guess that 100% of Q followers still believe it.

Lol! Cute roommate? No. That person would be in a sorority house with many other cute roommates. No. Ugly girl would more likely be sharing a dorm with an Asian foreign exchange student who gets straight A's and had to actually work her butt off to get into said school. Oh, but still cuter than ugly feminazi rainbow haired She Guevara in converse.