Deal with Mexico Paves Way for Asylum Overhaul at US Border

MEXICO CITY — The Trump administration has won the support of Mexico’s incoming government for a plan to remake U.S. border policy by requiring asylum seekers to wait in Mexico while their claims move through U.S. courts, according to Mexican officials and senior members of president-elect Andrés Manuel López Obrador’s transition team.

Now there's no excuses at all for allowing thousands of illegals in who are likely not eligible for asylum. This is an example of how this administration gets things done.

With the political mood in parts of Mexico shifting toward populist ideologies, it is no surprise to see deals being struck to control the influx of immigrants into the US via Mexico. Mexico has to deal with their border being violated, more criminals being imported, and more resources spent from an already overstressed system. Mexico is trying to #MMGA

UPDATE
www.abovetopsecret.com...
edit on Sat Nov 24 2018 by DontTreadOnMe because: per OP request

Another part of make Mexico Great.

Going to be hard for a holdover U.S. Federal Judge to force Mexico to not carry out new policy hah ha.

Mexico having experienced the negatives recently of allowing this charade to go on is now seemingly looking out for its national interests.
edit on 24-11-2018 by Phoenix because: sp

Mexico Helps us pay for a Border Wall on their Northern Border , We Help them Pay for one on their Southern Border . Problem Solved .

posted on Nov, 24 2018 @ 11:55 AM
link
It’s interesting to see how the world stage is being shaped by the shaking up of the globalist paradigm. Leaders are starting to follow suit and think outside of the box that has been shaped for us by sociopaths and other assorted undesirables.

While there are numerous examples around the world, Trump & AMLO are one that I find very interesting:

Mexico City (AFP) - Mexico's incoming president on Sunday said he had floated the idea of a new relationship between the neighboring countries in a letter to US President Donald Trump.

Andres Manuel Lopez Obrador said he sent Trump proposals on bilateral relations -- which have reached one of their lowest points in decades -- in the areas of migration, public safety and trade. 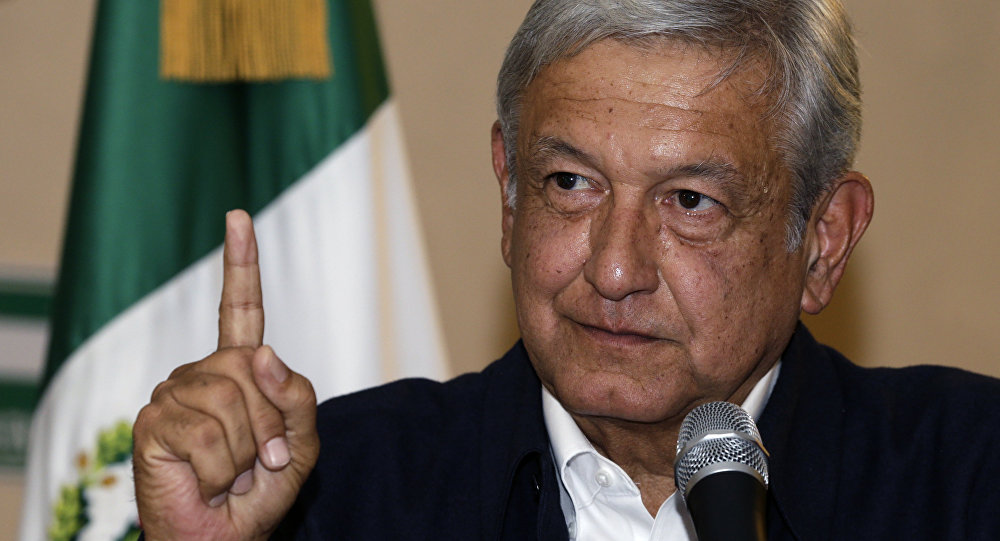 The incoming Presidente seems to comprehend the possibilities in thinking outside the box with new ways to tackle old problems:

"It encourages me that we both know how to keep our pledges, and we have faced adversity successfully, we've managed to put our voters and citizens at the center, displace the establishment or the predominant regime," Lopez Obrador wrote.

While noting that he is awaiting Trump's response, Lopez Obrador published the letter "so that all Mexicans know our position on the new relationship we want" with the United States.

The incoming president said Mexico wants a relationship of "respect, friendship and focused on development cooperation," and said that the more developed Mexico is, the fewer people will have to leave their country in search of work.

Dialogue and Diplomacy can go a long ways and I’m encouraged that there’s a new and growing willingness on the world stage. President Trump—our unlikely protagonist—is making an impact that transcends party politics.

Mexico's Lopez Obrador floats idea of new relationship in letter to Trump
edit on 24-11-2018 by The GUT because: (no reason given)

“For now, we have agreed to this policy of Remain in Mexico,” said Olga Sánchez Cordero, Mexico’s incoming interior minister, the top domestic policy official for López Obrador, who takes office Dec. 1. In an interview with The Washington Post,

she called it a “short-term solution.”

originally posted by: toms54
a reply to: projectvxn

Cooperation instead of conflict on this issue. That's how we solve this.
edit on 24 11 18 by projectvxn because: (no reason given)

This was never meant to be the basis of US or Mexican policy. But a means to an equitable end.

Your #resistance to this is noted.

I can see giving Mexico something. It must be saving us money for them to house these people rather than us doing it. Just subtract any payments from Central American aid.

I would be more comfortable if they set up these camps further inland. We could open a branch of the embassy to take asylum applications without having a large horde of immigrants camped right at the border. Just make the living conditions a little better. When the horde complains about conditions in Tijuana, tell them to go inland. That will probably remove most of the women and children so we don't end up with photos of dead "border babies" plastered over all the fake news outlets. You know it's going to happen.

Tell Mexico to build a wall and make Honduras pay for it.

Not a bad idea. They destroyed the fence.


I can go along with that.


As an Hispanic, I take offense to that.

There is a lot to be concerned with an unfettered border with Mexico currently. If we can truly help each other and cooperate in the areas mentioned in the article I think we can actually achieve a state where free LEGAL travel across the border will be possible.

We just have to be careful we don't end up funding a large invasion force permanently camped out along the US border. Take their applications and then send them to smaller, easier to manage camps further inside Mexico.

Haha. Seriously? Because if Trump invented one thing it's dialogue in diplomacy...

I don't think Mexico will agree to that.

What I believe will happen is that Mexico will start weeding out those with legitimate asylum requests and deport everyone else. Controlling illegal immigration into Mexico will likely be more effective than trying to control it here.