Does lightning storm reveal a UFO?

posted on Nov, 23 2018 @ 12:48 PM
link
Okay, I have to admit that this video came to my attention through the much hated SecureTeam channel. I am not linking that here, rather I am linking the direct source of the video clip, which forms part of the larger clip on ST10. It purports to reveal a triangular shaped craft in the sky, lit during a lightning surge. The original video does not expand on the clip, it does not attempt to enlarge or slow down any sections of the 12 second long video.


From the examination done by ST10, what I first took to probably be a cloud, appears to possess a triangular, slightly curved form with the semblance of structure and light and shade. It does appear too solid to be a cloud. The original uploader's YouTube channel has no other UFO clips, which puts a genuine slant on the video, although I have to question why he was filming the storm and why only 12 seconds...which may or may not be down to the app he was using. The uploader offers no attempts to explain what he saw or why he was filming in the first place.

Despite the mistrust of ST10, I do find it interesting to go to the original source and strip away the underlying sense of deceit. Any thoughts and thanks for taking a look.

**EDIT** I seem to be having problems with getting the clip to play. Here is a direct link but if anyone can fix this, it would be appreciated.
youtu.be...
edit on 23-11-2018 by fromtheskydown because: Link or embed problems

originally posted by: notsure1
a reply to: fromtheskydown


Had to put a direct link to the page in. The embed is not working for me.

Hate to be that guy but it just looks like a cloud, unless i am missing some other detail 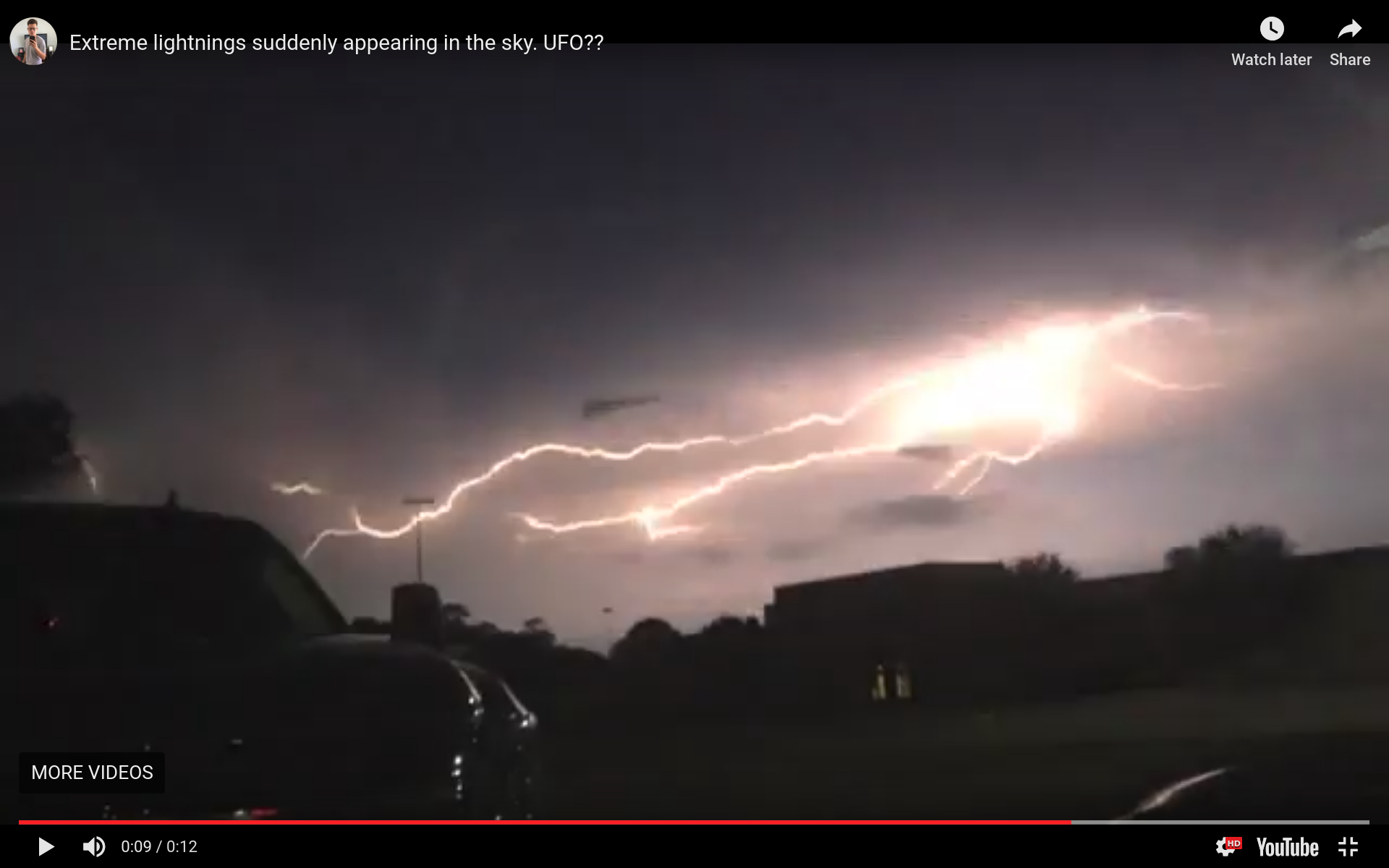 Hate to be that guy but it just looks like a cloud, unless i am missing some other detail


No need to apologise, I thought it looked like a cloud but my mind got swayed by the enlargements and filters that ST10 used. It got me into one of those moments were start to wonder if your mind is playing tricks. I am always intrigued when someone whom is seemingly uninterested in such things, posts a video that may contain something unusual.

originally posted by: data5091
will try this:

Thanks for that! Much appreciated.

originally posted by: vlawde
It does look like a cloud. There's actually several of them in this screenshot:

Yes, my first thoughts, until I messed with my mind and then began to see the unusual aspects to it. I really didn't want to link a clip from ST10. Maybe someone on here has the capability to take a closer look and offer some insights.

I remember seeing a wierd clip of lightning filmed in an American storm, I am sure it was posted on ATS, it was like ball lightning with something wierd going on inside, my memory is vague as i never saved the page and cant find it again, i was hoping this would be it.

If i ever find it i will link to it 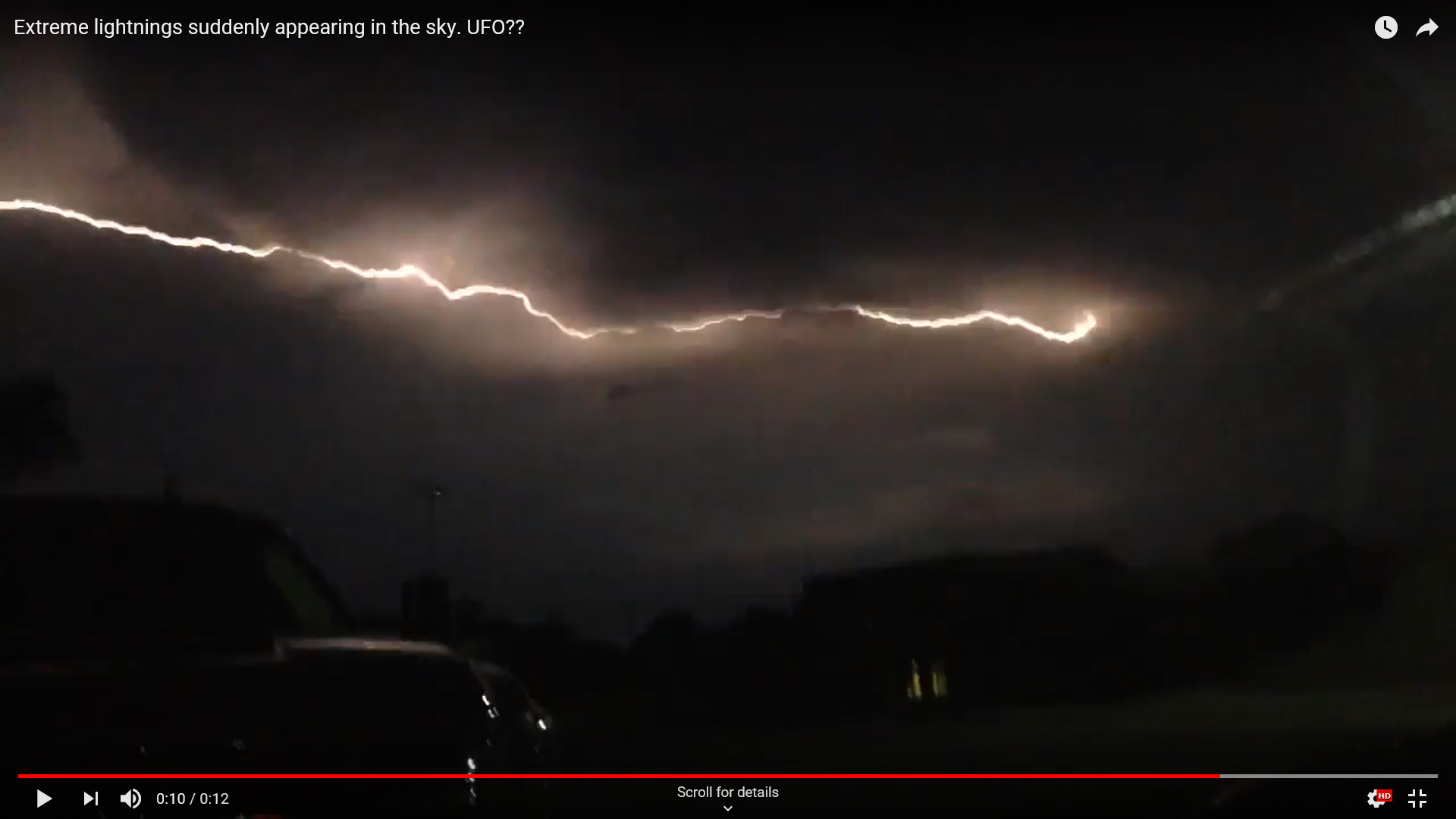 originally posted by: Soylent Green Is People
There are still images that make it look extremely cloud-like:

This is true...and there are other images that make it extremely un-cloud like. I'm not falling down on the 'Alien' side of things. If it is an aerial object, in my opinion, I would say it is man-made. The triangle shape seems to be going through a bit of a renaissance, which makes me wonder if there is some new technology on trial in our skies.

originally posted by: Soylent Green Is People
There are still images that make it look extremely cloud-like:


Tried a bit of close up myself. 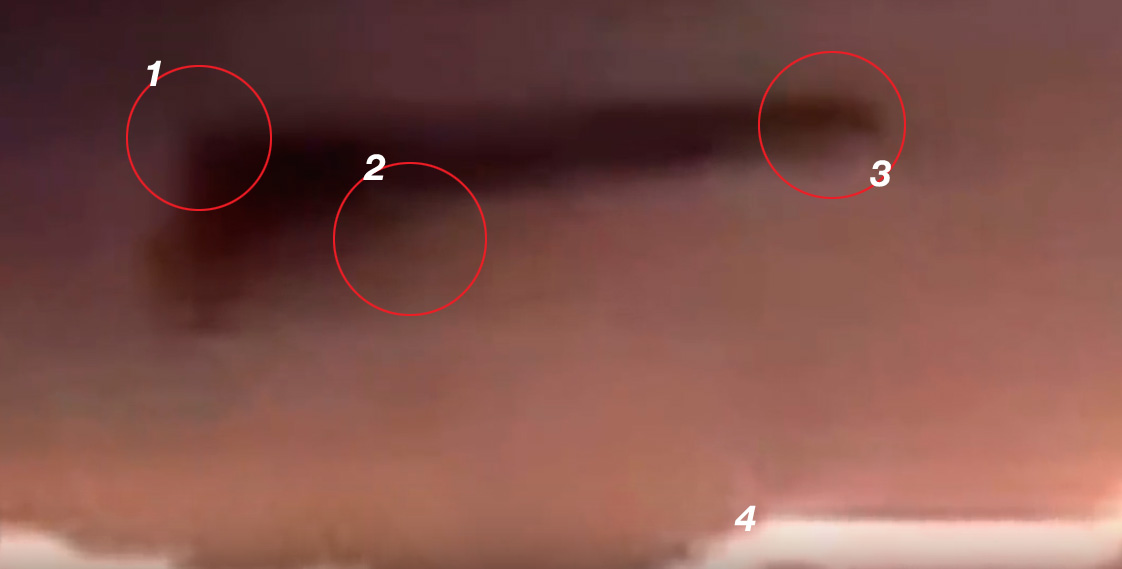 1. Looks like a right angle.
2. Appears to be a curved line, lit from underneath.
3. Could be a solid object with a 'wing'.
4. Lightning. 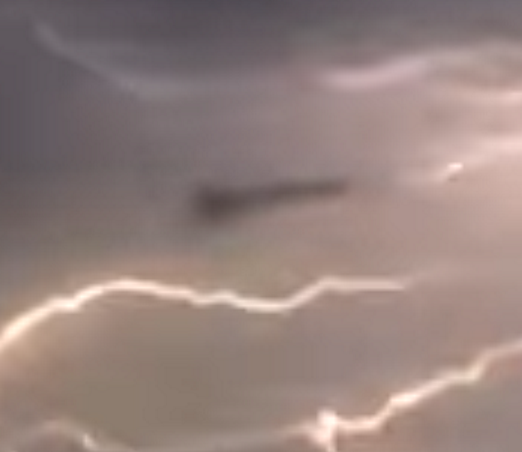 No right angle it's a cloud

originally posted by: wmd_2008
a reply to: fromtheskydown

No right angle it's a cloud


I agree. It looks like a cloud.
I actually just screen-grabbed the enlargement in the video, I didn't do any adjustments myself.