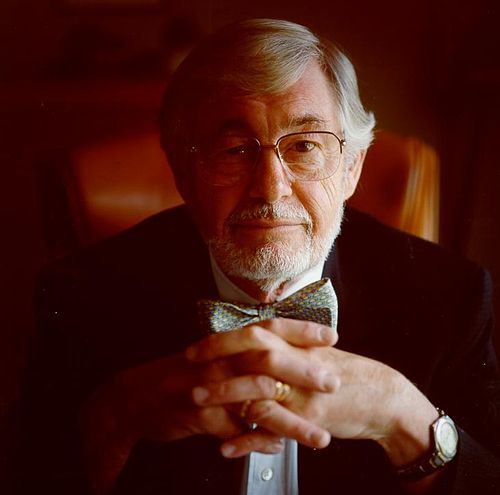 In the early 1950s he conducted research on blood flow in the bone-healing process by inserting optical devices sheathed in titanium into the legs of rabbits. Upon the conclusion of this experiment, Brånemark found that he was unable to remove the devices because the titanium had fused into the bones of the subjects without causing any negative effects. After years of successful human trials, including his first titanium-implant surgery, on patient Gösta Larsson in 1965, Brånemark continued to face resistance from the medical community. Sweden’s National Board of Health and Welfare finally approved Brånemark’s implants in 1978. By 1982 his methods had gained worldwide acceptance, and other people soon found uses for his implant techniques in other medical applications. In 1992 Brånemark was awarded the Swedish Society of Medicine’s Soderberg Prize, and in 2011 he received the European Inventor Award for lifetime achievement.

originally posted by: threeeyesopen
a reply to: troubleshooter


I had two implants today hence the interest in the subject.

I had two done for the price a relative was quoted for just one a couple of years ago.

I had two pre-molars on opposite side top get infected...smaller roots/blood/nerve supply there apparently. The cost of root canal and crowns that failed would have nearly paid for the implants if I had known.

Implant technology is growing rapidly and prices will stabilize eventually.

posted on Nov, 23 2018 @ 01:47 AM
link
Had 3 titanium implants and bone graphs upper and a whole upper bridge screwed into it. Very expensive, but an excellent solution. Stronger than original teeth. A water pik is an essential instrument, more important than a toothbrush.

posted on Nov, 23 2018 @ 03:29 AM
link
As a former hockey player that is absolutely broke I hope the prices of these come down considerably someday soon so I can finally smile again and eat without pain... it’d be great if it would get to the point where the drop is comparable to what happened with lasik surgery...

I have two dental implants. They are on the first molar, each side of my bottom row. My adult teeth never grew in there and ultimately they needed to be replaced.

My left hand is held together by a titanium screw use to repair a non union scaphoid fracture that had gone undiagnosed but was painful for 14 years. I am unsure if any titanium was used in the illiac for the graft since i elected to use my own bone over bone from a cadaver.

I dont feel i have any negative side effects from the titanium but if i did, the solution is simple. My doctor would bleed me, kinda like George Washington. The body would create new blood and then he would do it again every month or two until it was normal.

originally posted by: threeeyesopen
a reply to: troubleshooter


As someone currently missing several teeth and soon to get a partial denture (or two), I wholeheartedly agree. 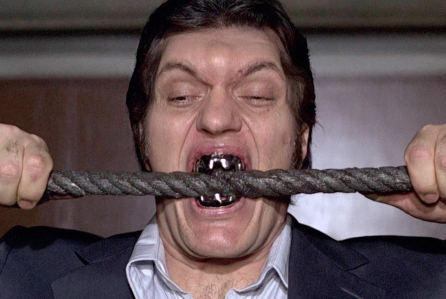 It's interesting that actor Richard Kiel (Jaws) died just a couple of months before Dr. Brånemark.

I liked your link. Enough of that titanium leeched into the blood will probably result in a full fledged Wolverine.

I want to be Wolverine, please. That is amazing. I didn't know it actually fused with bone. Crap.

If the stuff enters your bloodstream, it must circulate to all your bones and gradually infuse them with titanium. Eventually you could have an all titanium bonded skeleton.

If I had the resources to do it, I would risk it and die trying to do this. No joke it's a new obsession. This is awesome.

posted on Nov, 24 2018 @ 11:44 AM
link
News to me for sure,never heard of bone and metal fusing like this.
Seems it can do much more than just tooth implants.

They should indeed become more reasonably priced as time goes on. For me it was not an option, my teeth had to go (all my top ones) and at the time even a denture was insanely priced for me. I went a while without any top teeth, it was pretty embarrassing, got laughed at in public by people. Eventually I got the denture, and although I hated how it fit at first, now it's as though it's not even there at times.

originally posted by: Asktheanimals
News to me for sure,never heard of bone and metal fusing like this.
Seems it can do much more than just tooth implants.


They use Titanium for knee and hip prosthetic too in the areas that bond to bone.

There is a new alloy of 2 to 1 Titanium/Gold that is four times harder.

For everyone posting here that can't afford to get their mouth fixed up, I just want to throw this out there as an option. There are special loans you can get for medical expenses, Care Credit is a big one and it covers dentistry.