originally posted by: Arnie123
What if, all that we experienced in the "afterlife" or something similar is the brain going into overdrive at the onset of death?

That its the biological way of easing ones own demise? Those last few seconds within the mind could pave way to all kinds of lives and actions, spooky quantum mechanic stuff, squeezed into a few seconds....

Maybe, but I've connected and interacted with other people I've only known online -- in that out of body state.

It's normal for me. I've always been this way.

I don't dispute that at all.

I'm just speculating on the what, truth is, I'll find out when I cross that bridge.

I guess while crossing, I'll do my best and hold onto consciousness.

A guy here on ATS that I connected to (only online) stopped me from "physically" going through a door in my "altered state". He put his arms around me, "physically" restraining me. I also felt him bending his elbow as to take a drink. Next time I talked to him, he told me he'd been hanging with some friends at a bar, drinking beer.

Something else is going on.

The lead singer to my favorite band was electrocuted on stage. His heart stopped and they had to zap him back.

Here is the song he wrote about his experience. sound familiar?? 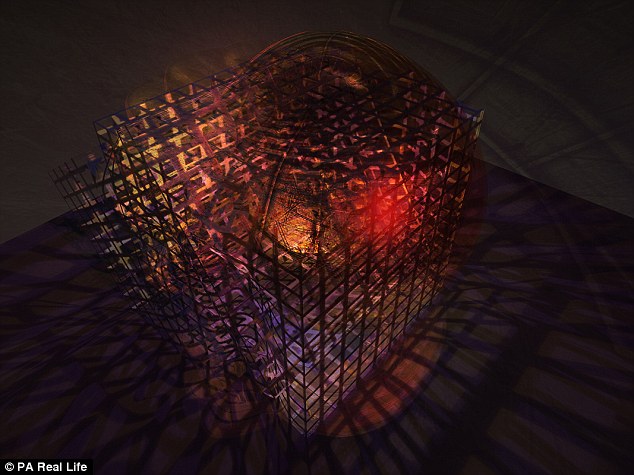 Do I believe in an afterlife ? , I don't disbelieve in it and think it possible that there is more to our existence than we understand.

wow! that is awesome. He's captured the feeling of transition between 3d reality and ethereal space wonderfully. Very inspired work.

What a truly fascinating story and a piece of art, I for once have actually stared at as real time went by. As time marches on the thought of death becomes more apparent, realizing you are not indestructible as you thought when you were 18 (enjoy it)

I do not really believe we are blessed/lucky enough to be offered another chance after this one in the afterlife, whatever form it could take, sadly I believe we are just worm food, similar to the matrix just the worms have no sentinals.....yet


sadly I believe we are just worm food


Agreed about not being indestructible, but I believe the “enjoy it” part ebbs and flows; linear time colors our perception (and, consequently, our reality) and notwithstanding quality of life issues, age is a number (got my daily quota of cheesy cliches) and we can “enjoy it” fully until our number gets called (oops, I exceeded my quota).

But, I've just had too many experiences to discount there isn't more going on than this physical world.

I'm agnostic and agree with you.

posted on Nov, 21 2018 @ 02:12 PM
link
When your brain is being starved of oxygen and blood, i imagine all kinds of crazy hallucinations and thoughts are running through it.

posted on Nov, 21 2018 @ 02:16 PM
link
I find all this really fascinating but also quite scary too as I don't know for certain. I'm a person that likes certainties...I'd be quite happy dying if I knew for certain there was something to follow...unfortunately I've a phobia regarding death which is a bugger coz its pretty definitely going to happen!

originally posted by: dug88
a reply to: gortex

Sounds like a dmt trip to me. That's pretty much what it's like...and it does get released into your brain when you die.


Maybe '___' is the chemical gateway to uploading one's consciousness?

originally posted by: Mark08
When your brain is being starved of oxygen and blood, i imagine all kinds of crazy hallucinations and thoughts are running through it.

How do you account for connecting with other people's consciousness?

I "picked" up a guy who died in a helicopter crash. He was reaching out and connected with me.

He turned out to be a neighbor's brother-in-law.

I'm not completely sure, but I kinda hope so...

It'd been a horrible day, attending a funeral of someone who was becoming a very good friend who died of cancer but refused treatment as it would almost assuredly cause a miscarriage of her child--an adorable little girl--she carried to term and died some four months later.

It was a melancholy drive home. Snow, wind, sleet, you name it, and I for some strange reason decided to drive home a road that is not the safest to drive when it's icy, and wet, and it was.

Any way, I'm driving along, missing my friend, and listening to Mussorgsky's Night on Bald Mountain, really working up to a good depression, when things changed.

All the mist, snow, sleet, and wind just stopped, all the mist just sort of rolled back, and from behind me the afternoon sun broke through for the first time all day...a set of rusty, falling down grain elevators turned silver in the sun light, as did the mist at the edges of this strange tableau I found myself in.

I haven't the words to describe it, though I've tried.

Then I felt someone, actually two someones, present in the car with me... My friend, Michelle. ...and my mother. My mother had passed some years before from cancer, as well.

It was just a fleeting moment, but I swear that I could almost feel two hands on my shoulders, and a feeling, not in words, but emotions maybe? telling me that it'd be OK.

Then the vision, and the presences, left me, and the gray day was back as though nothing had happened.

My belief is that for that brief, incredible moment, I was as close to Heaven as it's possible to get, without actually passing over to what ever it is that comes next.

I was left with one burning question, that I've never, probably will never, be able to answer... Why, me?

I think, in such instances, we're given glimpses of what ever comes next that coincide with our own belief systems. I've always viewed Heaven, for lack of a better term, as a fair and green land under sun, moon and stars. Where all hurts are healed, and our friends and family await us. A simple view, maybe...but I like it.

You can have 'em... My poor ol' heart couldn't take another like that...

It did, however, lift me out of my doldrums that day. Which, I suppose, was one of the ideas behind what happened.

At the risk of taking it even further off topic... Bad, seagull, bad!!

I seem to attract weird events, supernatural if you prefer...it's disconcerting at the best of times.

There are folks dying today, who have never died before!

Not sure that one can account for that. There's so much, despite claims to the contrary, that we don't know. Scientifically, spiritually, damned near everything. Creation is vast, and wonderful, and encompasses much more than our mere human senses, and brain, can readily account for. These images, sensations, and feelings may be our brains poor attempt at "dumbing it down" for us--those of us still stuck in our poor little monkey bodies.

I am fascinated by this subject.

I am expecting someone there on the other side. Lady death. The bride. A mother. Maybe I am the one that is expected but I don't think that's how it works.

We don't go there and leave here. This guy didn't "come back". He left FROM there. He CAME here.

The void is our home. The light and the darkness are dual aspects of the same place.

I think the void is just a gate. A door with room to fit all.

Then I felt someone, actually two someones, present in the car with me... My friend, Michelle. ...and my mother. My mother had passed some years before from cancer, as well.

It was just a fleeting moment, but I swear that I could almost feel two hands on my shoulders, and a feeling, not in words, but emotions maybe? telling me that it'd be OK.

Friend of mine took his own life a few months back. Shortly afterwards I was driving down the road and played a track we both loved. My passenger fell asleep and I had an urge to look in the rear mirror. There was nobody there (obviously) and I had the sensation that he was behind me. Like yourself, a feeling of 'he's okay' passed through me.

Imagination or not, it was a warm experience.

originally posted by: JourneymanWelder
The title speaks for itself. He is an ACTOR. This is all an act.