Jason Rice recently appeared on Gaia’s Cosmic Disclosure, interviewed by Jay Wiedner and is one of many insiders/whistle-blowers that are starting to come forward to discuss the ’20 and Back’ program.

Jason was identified as an intuitive empath (IE) while enrolled in the experimental behavior study and was recruited into a MILAB program in 1977, working and training alongside other children in Jacksonville, FL. In 1985/1986 he was enrolled in eighth-grade in Jacksonville, FL and underwent his most intensive MILAB training yet.

1986 marked the end of an eight year MILAB training regimen and, at the age of 13, he was assigned to active duty in a ’20 and Back’ program. Jason began specialized training in 1994 to serve as an officer in the ground forces of the Interplanetary Defense and Reaction Forces (IDARF) secret space program while he was a student at Florida Tech.

Jason Rice is an Army and SSP/IDARF Vet, Experiencer, MILAB intuitive empath (IE), and Full Disclosure Activist. He’s also on the current season of Gaia's Cosmic Disclosure as a new insider. After going through several years of desensitization training when he was in ROTC, Jason was assigned to the Interplanetary Defense and Reaction Forces (IDARF).


Jason Rice boldly comes forward as a new insider to reveal his incredible experiences within the secret space program. For the first time ever, he divulges events from his childhood that led to his induction into a recruiting arm of the MILAB programs, where he was identified as an intuitive-empath. The training he received was merely preparation for the true ordeal to come, serving in a 20 & Back program which took him to distant worlds.

For the first time on camera, an SSP insider, Jason Rice, is put to the test as he is hypnotically regressed by Georgina Cannon and given a polygraph examination concerning his service with a secret space program and extraterrestrial contact. He shares details of his introduction to these clandestine operations, including a tour of an underground base and an encounter with an extraterrestrial being. One small step into an elevator would become a giant leap into the depths of a top-secret space program.

During his 20 & Back tour, Jason Rice was privy to the origin and development of the secret space program into which he was recruited. From Antarctica to Mars and beyond, agreements made with extraterrestrial civilizations for advanced technology enabled the Germans to create a breakaway civilization. He gives us an insider’s view of Operations Highjump, Paperclip & Deep Freeze, and reveals the continuing conflict between the Mars-Germans and the Cabal. As contracts with the Draco near completion, what lies ahead for humanity in a post-disclosure world?

Jason Rice discusses the events that triggered the formation of IDARF and Solar Warden. The looming threat of the Mars-German breakaway civilization sent a wave of urgency through secret government agencies on Earth. Thus, a massive clandestine buildup of advanced technology began, giving terrestrial-based governments a leg up in the secret space race. In order to secure such encroachments into the cosmos, new deals were made with the Mars-Germans and the Draco.

Imagine the nightmare scenario of a civilization intentionally struck by a massive meteor then invaded by werewolf-like creatures. This was the situation Jason Rice faced after he completed his two-years of training and was deployed to a distant world. He was told that it was a humanitarian mission, to protect the peaceful populace from a hostile invading force. After four years of conflict, he learned that both sides were being manipulated by the Draco, who had long-term plans for this planet.

As Jason Rice’s accounts of his tour of duty with the SSP continues, he describes the level of technological sophistication of his battle dress uniform and weaponry. He elaborates upon the technical details of the suits he wore into combat and the various weapons he carried. The capabilities of these are far in advance of current military issue, with the exception of certain special access programs.

The battle rages on for Jason Rice, as invading forces seem poised to overrun the meager defenses of this once peaceful planet. Jason continues his accounts of combat on a planet the Draco sought to control by using a proxy combat force made up of werewolf-like beings. He describes the weapons and tactics used to eventually defeated the invading forces. Behind the scenes, the Draco and the Cabal worked together to bring about an unexpected outcome to the conflict.

originally posted by: weirdguy
I would say that anything that comes out of Gaia is a load of rubbish and mere fantasy. I could be wrong though but I doubt it.

I would have to agree.


originally posted by: weirdguy
I would say that anything that comes out of Gaia is a load of rubbish and mere fantasy. I could be wrong though but I doubt it.

I would have to agree.


Everyone knows the Nazis could only escape to the moon.

you'll probably wish for a dosage of mind wipe wand after this thread... 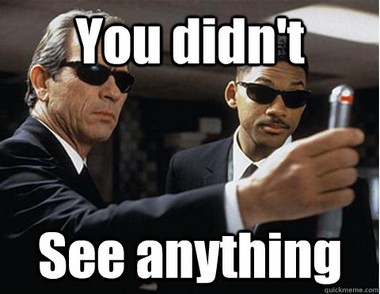 Knowing what he says, is the same as knowing what Luke Skywalker said in a movie

Both entertaining as heck, but with no real world applications

posted on Nov, 15 2018 @ 03:59 AM
link
Its a good thing a new whistleblower showed up or else they might not have been able to have another season of Gaia Cosmos! I'm just praying they find one for Next season. Somehow I think they just might pull it off... because the good guy aliens are behind the scenes helping of course!

"Breakaway Civilization" thinks outside the box which is difficult for Briggs and Myers type "J"s.
On the other hand you should never let a type "P" steer your art.

posted on Nov, 15 2018 @ 07:55 AM
link
Another so called "whistle blower" that has ZERO proof to backup his claims. How long until he's exposed just like Corey Goode.

posted on Nov, 15 2018 @ 08:00 AM
link
The only "breakaway civilization" account that really caught my imagination and didn't cone across like a 14y/o's crazy stream of consciousness, D+ creative writing assignment was ATS's own Astro.
The tale that guy had to tell was a fantastic ripping yarn that was somehow oddly plausible, even logical, and with none of this 20 year regression/star wars/milab rubbish that to me reeks of amateur hour for low IQ grifters.
Can't seem to locate a link but if anyone's wanting some eye opening, non Gaia SSP action its worth the search.

originally posted by: Arnie123
Oh...this was an eye opener.

"hypnotic regression" is a method of memory implantation and the guided elicitation of fanciful stories, by the means of asking leading questions, in most cases.

It was/is also a common technique used in the government's MKultra program.. used to implant false memories... you can read all about it in Jack Brewer "The Greys have been Framed".

posted on Nov, 15 2018 @ 01:00 PM
link
Hang on so this guy fly's UFO's, lives and work's among an alien population AND eat's there food with no ill effect's, fight's alien robot werewolves and get's brainwashed to forget it all happened not to mention he wore a Nazi uniform and served under a Nazi commanding officer from MARS.

Look I believe there is a far higher level of technology out there, that we may even have had discourse with ET and not all of it friendly but this is way too much even for me and I found myself trying to figure out why the guy's eye's are glazed, why he look's doped up to hell at the end of each session and why the interviewer look's like an alien himself.

That said I did learn to call those cigar shaped ufo's BRATWURST shaped in future.

My opinion they are onto a good money making scam and unfortunately they are polluting a very genuine subject matter with fantasy and science fiction.