Are there any browsers that don't spy on you?

originally posted by: EternalShadow
Literally the only private correspondence left is writing letters.

Until they start opening every letter like prisons, it's all you have left.

When the postal service is eliminated, that's the end game. Browsers will be the least of your problems then.


They have chemicals they can spray onto letters to make the material transparent.

Duckduckgo, is the one I have heard of.


That's a search engine, not a browser.
Ice Weasel maybe?

My toilet paper is wifi enabled.
There is no escape.

"Hello EmmanuelGoldstein, i can see you are at the super market, there are currently only 3 rolls of toilet paper in your house, you may consider buying more, at the rate you use them you may not have a chance to buy some until next week. Yes, i know how many you use at any given day, and also i know you was the one that eat the cake last night while everyone else was asleep, i have a sensor on the fridge's door as well. That is all, have a nice day"
edit on 15-11-2018 by BoneSay because: (no reason given)

originally posted by: staple
a reply to: BoneSay

Tor was developed by the US Navy.
www.nrl.navy.mil...
If you use Tor, the ability to be tracked is there in some capacity if the .gov wants to.

There is nothing out there that can 100% do it, but at least you are protected a bit better

I bet you that even if the US gov is listening, they at least don't care about you watching some weird stuff or what do you want to buy the most, or if you are having weird conversations with your wife while she's away or whatever

Unlike companies that live out of ads and stuff, but oh well

That's nice. However, by the sheer volume of mail that passes through the post office, it would be again, literally impossible to spray every letter, through multiple folds of paper, to reveal any substantial information written without actually opening said letter...

Now, if you're being investigated, well....

If you want to know more about how to maximise your privacy and the different levels you can obtain, look up the hated one’s channel on YouTube. He explains in detail the different options you have available.

originally posted by: staple
a reply to: BoneSay

Tor was developed by the US Navy.
www.nrl.navy.mil...
If you use Tor, the ability to be tracked is there in some capacity if the .gov wants to.

This might sound cynical, but it is the only way to be sure that only the stuff you want is exhibited.

originally posted by: verschickter
Write your own browser and you´re fine.

This might sound cynical, but it is the only way to be sure that only the stuff you want is exhibited.

Why try and hide if you have nothing to hide ! doing dark things gets you noticed , i can hand H.M gov .com every hard drive i have ever had after all they robbed me more times than anyone ! anyone monitoring me would jack the job in i am that boring in real life all the years i have been on the net i have spent 0 hours watching porn but i download little and have never been flagged up , i have a limit of 15 gb a month to down load what i want rather than be Programmed to watch a tv , some months i watch or download as little as 2 gb yet in the winter i can download 50+ gb but all i pay including unlimited cel/mob is less than $20 a month and if i want i could go on the free wifi my plan has in the uk and have a fleet of computers downloading what i want


I have a smart tv that somehow connected to the free wifi and its party on dude with the blue tooth head phones , I love the internet

My friend in Gchq [ret] told me i was boring after fixing a computer of mine years ago but admitted what they scoup ? up could be considered porn , i download books, movies ,watch what i want when i want , shop on ebay etc order everything online and local , since i started using the internet 20 + years ago it has been scrubbed of all the good stuff , if the power went off tomorrow and never ever came back on , I could spend years watching all the stuff i have downloaded all free gratis or close to it , it is only in the last 15 months that i have paid for the internet ,due to a good work around in the uk , similar if you have a family member that works in the railway

Don,t do bad or stupid things and life is one long party 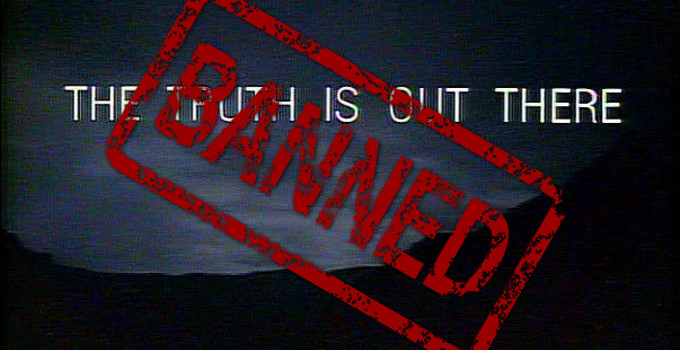 
Seriously though when it comes to the internet these days privacy is dead. It’s now sadly part of the price of having such a powerful tool at our fingertips in demand whenever we want, we pay for it with our personal information


A questions that arises here is why is it necessary for us to cough up our privacy in order to have an internet service?

I cant see there is any good reason for surrendering our privacy, I think it has to do with surveillance of users and no other reasons.

I take the view that the marketing claims are simply deflection because what right have private business got to spy on us either?

Why try and hide if you have nothing to hide !


So you are willing to let me search your harddrive? I ask, because you miss the point entirely.