What made you join ATS?

getting banned from other " alternate " sites

I remember lurking in 00-01ish

Not really even checking forum but more so ATS main page which had links to different conspiracies to read about.


originally posted by: Gothmog
I dont know.
This would have been (if I remember correctly) 2003-2004 ????
I do know it was the best put together set of threads in history

How about the threads of maynardsthirdeye?
There were very well done, and the time frame is right.

Correct time frame , yet the OP on the ones I am thinking of rolled on for pages and were filled with news stories , pictures , etc.
Dang , I wish I could find them

Fragile Earth used to have good articles daily, like about sinkholes in Siberia, extinction chain reactions, the sins of Monsanto and Big Oil. That's why I joined. Now it's mainly climate change denial. Responses in that forum rarely lead to further studies or articles, when it used to be rabbit holes of inquiry.

Still read occasionally, mainly in the political threads. It's a really weird culture, now. Very aggressive against anything not in lockstep agreement with the dominant political party's thought. Really touchy. I guess I'm doing intel on how the other half thinks.

I enjoy seeing some of the more moderate voices, like RickyMouse.
edit on 020182018k23010America/Chicagothpm by Look2theSacredHeart because: Toned down how i described dominant political party

posted on Nov, 15 2018 @ 07:07 AM
link
UFO's, came across the site a few times, but never really lurked around before that. Probably the 2nd forum I've ever joined of my whole digital experience of the web.

Fragile Earth used to have good articles daily, like about sinkholes in Siberia, extinction chain reactions, the sins of Monsanto and Big Oil.

Those are all some interesting topics right there. The sinkholes and big oil can be connected depending at where it is and how deep the oil is. I've seen a lot of evidence it can be directly correlated with overuse of aquifer water, leaving air pockets vulnerable to collapse, especially in places like Florida where sand content is high so integrity of surface ground is questionable.

Still read occasionally, mainly in the political threads. It's a really weird culture, now. Very aggressive against anything not in lockstep agreement with the dominant political party's thought. Really touchy. I guess I'm doing intel on how the other half thinks.

Agreed, I want to touch on this, but I'm going to be a little vague in the interest in not turning this into an argumentative thread.

My main problem with recent trends is that true discussion and often civility take a back seat with the substance of debate with it.

What's unfortunate is that I can appreciate the left and the right both for different issues, on a spectrum level. However, I can confidently say I've see both parties become perverted by politics, abandoning some of the most important platforms they claim to champion.

Thanks for sticking around though. We need as many cool heads to stay as we can to keep some balance. Hopefully this is a phase, maybe there will be a uniting moment ahead, I just pray it isn't a tragic one.


Definitely an interesting rabbit hole. I'd be hard pressed to find many members who haven't at least peaked their head in there.

originally posted by: Specimen
UFO's, came across the site a few times, but never really lurked around before that. Probably the 2nd forum I've ever joined of my whole digital experience of the web.

Ah, the bread and butter of many.

This is probably one of two forums that I've had over 100 posts in.

The others (>100) are typically when I have an über specific problem I need help with.

Yea it definitely what the site is known for, and the ufo forum was very active before it got knee deep into political arguments, which I don't mind to much but there are times it get boring.

Spending time on the site made me realize how futile of a subject it can be. 70 years of said sightings and research, andbyet not even close to proofing they are real, let alone what they are or how they work.
edit on 15-11-2018 by Specimen because: (no reason given)

Spending time on the site made me realize how futile of a subject it can be. 70 years of said sightings and research, andbyet not even close to proofing they are real, let alone what they are or how they work.

It's a tricky subject.

I'm on the fence on it personally.

I do believe there is an incredibly high chance that life outside earth exists, and I find it probable that intelligent life exists.

Question to me is how far away are they, and have they been near us or visited?

Where the line blurs for me is the last 70 years are also the time period we have been ourselves taking to the skies. Governments have tested experimental craft, and I'd be hard pressed to say we know about all of it even if they didn't end up using it.

In today's age, I'm sure there are a good amount of UFO stories that are attributed to the drone influx.

But..... In the past few weeks I did see the most exciting thread, I'm sure you saw it too, but check it out just in case. This is right up your alley.

That it is, can't blame you, it better to be skeptic and be wrong, then being willingly throwing one self into believe which can lead to dismay.

Good point about earlier prototypes of aircraft being seen, like B22 bomber being the black triangle that were largely seen a chunk of posters.

My issue is that I don't need to believe, long story short, I've seen them or they(UFO's I mean) to the point it ether real enough or I'm having a seizure. Which contradicts what I said about word of mouth earlier, lol, oh the irony we weave ourselves into.

Top secret gizmos and Aliens is a good solid rational argument which is why it so abroad but what are the odds. Just somethings are just to weird and upfront to say that it some ufos are man made.

posted on Nov, 15 2018 @ 11:37 AM
link
It has been that long i do not remember exactly but looking up things that always interested me and i found this place and loved reading through the threads as a lurker for ages , plus this site is sane compared to other sites and we have civil discussions more adult like but i shun all other social media

did it ever get one ? 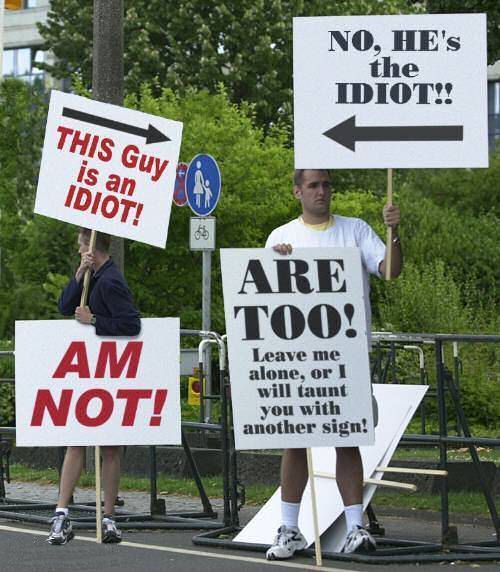 I joined ATS originally with a slightly different name because I was interested in learning more about UFO reports, aliens, 911, and WW3.

It is strange to look back now to a time when I didn't know anything of these mysteries...

originally posted by: Springer
I figured the internet needed a good website. :-)


Got it.
Life changer for me...in multiple ways.
We come here seeking answers.
We stay for the camaraderie..