This Isn't An Early B-2 Cockpit Mockup, It’s For A Previously Undisclosed Special Ops Transport

Northrop Grumman recently released an awesome series of videos that detail the genesis of the B-2 Spirit—the world's first stealth bomber—via testimony from those who brought it to life. The videos also include a bunch of historical images and video taken during the flying wing bomber's development. One of these images grabbed my eye as it looked like no Advanced Technology Bomber—the program that gave birth to the B-2—cockpit concept I have ever seen. I reached out to Northrop Grumman about the puzzling photo and what I got back confirmed my suspicions.

As I subsequently came to find out, the image made it into the B-2 video presentation by mistake—which would be incredibly easy to make. The photo in question doesn't belong to the B-2 program, at least not directly. Instead, it came about from a previously undisclosed program from the 1990s called the Special Operations Low-Intensity Combat Mission Aircraft.


kinda reminds me of what tacit blue would look like inside, the mock up even has the window supports

originally posted by: Jukiodone
SOFTA/SOFA was late 80's so a 90's project would probably look similar to something on here.

That model 223 sure does look like something NG would cook up, nice find!

There were reports of the program referred to as "Senior Citizen", it was in the early 90's, though. Never heard of it being true or not but Black transport was always rumored asset.

I still wonder whether the OP post and link is somehow related to this article: deepbluehorizon.blogspot.com... ?
Seems something was retired in the late 2012/early 2013 and made its last ceremonial flight. In the article I linked above, there are specific phrases and words in use, such as:
It’s not a huge risk because that’s what XXXXX was built to do, was to loiter and collect data - invisibly.


As for, STOL capabilities. I know the technology demonstrator was built and flight tested in the early 2000's.

Worlds first? No, that was the Lockheed F-117 Nighthawk.

For all uninitiated, Senior Citizen would have been a stealth fixed-wing V/STOL or STOVL transport, likely with the size/lifting capacity of a CH-53 or a V-22. One concept that's been floating around was a hexagonal aircraft resembling a B-2 with the wings clipped and a rear-loading passenger/cargo compartment replacing the bomb bays that would have used two or four gas-powered vertical lift fans like those off the early McDonnell Douglas/Northrop JSF concept buried in its stub wings. Most interestingly, the cockpit seen in this concept has always resembled a B-2's with its split wraparound design.

If that's what this was related to, then it's cool AF to see something tangible, even if it's just a bunch of cardboard, related to this pretty fantastic paper airplane.
edit on 14-11-2018 by Barnalby because: (no reason given)

Not that I 100% believe that article, but if it was true I'd guess it was the retirement of either the AARS/Quartz or something descended from it, as the timeline (early 90s to 2013) and the slow, quiet, loitering flight envelope fit it perfectly. If it's true, that'd be cool as heck. AARS/Quartz sounded like one hell of an aircraft on paper, and it would be incredible if one or two of them actually entered service.

If I could wager a guess at what facility it passed low over, I'd put my money on DC, because the FRZ offers unusually clear airspace for a city of that size, and within it or nearby are multiple facilities like the NGA, the DIA, the CIA, or the Pentagon, all of whom would likely have at least a VIP or two working for them that knew about the bird and would be sad to see her go. Furthermore, ATC in that region is familiar with unusual activity and wouldn't think twice about someone from the USAF or whatever saying "we need you to route traffic away from [x] tonight" and since that airspace is so tightly controlled, you wouldn't ever have to worry about stray aircraft flying near whatever might have been flying that night.

Good point. I talked with original poster of the "A plea from Area 51" article, and it was confirmed to me that something slow, loitering made its last ceremonial flight in timeframe stated in the article.
As for what facility it passed over, my bet would be PMD as they plays with their toys all the time. As I understood it, the bird mentioned in the "A plea from Area 51" article is going to be declassified however I don't have an idea of when it may happen.


Ah come on they put out quality content (for anyone with a half functioning brain and some common sense to laugh at).

Its been linked loads before in the various SF STOL/VTOL threads.

Everyone likes the 223 until they read up on how the proposed personnel retrieval system worked....
Nopety nope nope.

Whilst wars are mainly fought on unprepared surfaces - you can forget any ideas of a fixed wing VTOL system being used for SF deployments.
Some sort of hybrid, stealth dirigible makes the most sense if you absolutely must have something that isnt just a variation of a helo.

posted on Jan, 7 2019 @ 11:12 PM
link
They published another article on stealthy transports. Good summary imo but nothing exciting yet. Guess we'll see about Part 2.

i heard of something that used ducted fans in the body and was stealthy for troop transport, but im not sure how that would be stealthy because once it was using the fans to hover it would be loud and runs the risk of a radar beam hitting the blades.

and there are stories of people seeing something that looks a triangle but isnt a real BT. It would be silly to think there isnt a stealth air drop. heck they made stealth blackhawks. 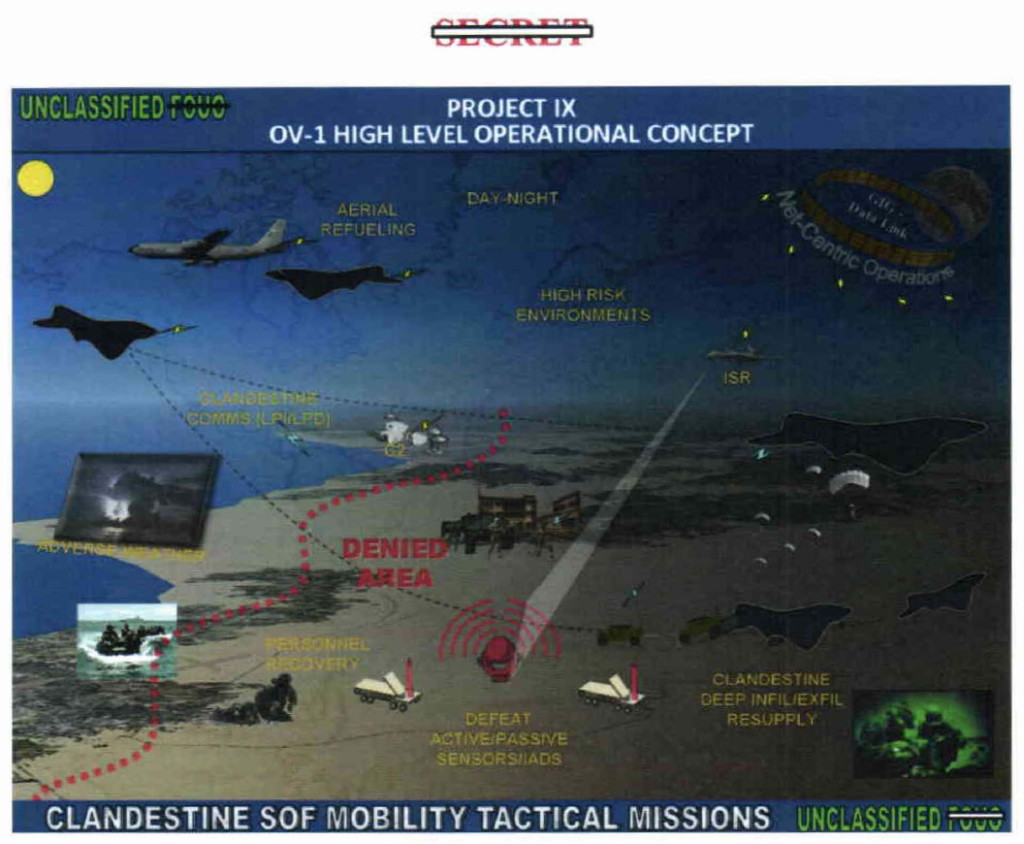 Part 2 is up, good read, some interestin tidbits, some weird statements, nothing earth-shattering
www.thedrive.com...