Why the winters are getting colder and longer.

page: 1
22
<<   2  3  4 >>
log in
join
share:
anonentity
+2 more
posted on Nov, 9 2018 @ 07:44 PM
link
This new theory backed by good science, tells why when the sunspots which usually come in twos, where one has a north and the other a south component ,make the sun act like a dynamo, with a wave that oscillates, when the oscillations are in phase like AC electrical sine wave, the sun is at its most efficient at heating the planet, but when the waves get out of synch they cancel each other out and cause an energy drop. The variation in solar magnetic activity, is predictable, as its basically a stable oscillator, with a baseline that only changes slightly during the Milankovitch cycles.
The Suns cycle where the lack of present sunspot activity, with an increase in coronal holes, cause an increase in cosmic rays which cause more cloud seeding hence more rain and flooding. With this model Britain at present is seeing motorways closed due to snow in April, hot summers which are shorter. That's not to bad,, but the minimum is yet to occur, where next winter could have the motorway closed due to snow in May. Since the model is a formula which has been, back checked against the Maunder minimum, and numerous times in-between, and works as a good predictive tool. Any potential preppers might wish to include a greenhouse in their plans.
Its a long Vid, but it makes more sense than global warming. If you are a conspiracy theorist, you might think that any sensible government would be planning by now for crop failures, and making alternative plans for feeding the population. as we are now past the second winter with snow in the Sahara desert.

Phage
+6 more
posted on Nov, 9 2018 @ 07:48 PM
link
Winters are not getting colder or longer. The planet has been warming even though sunspot numbers have been declining for 60 years or so. 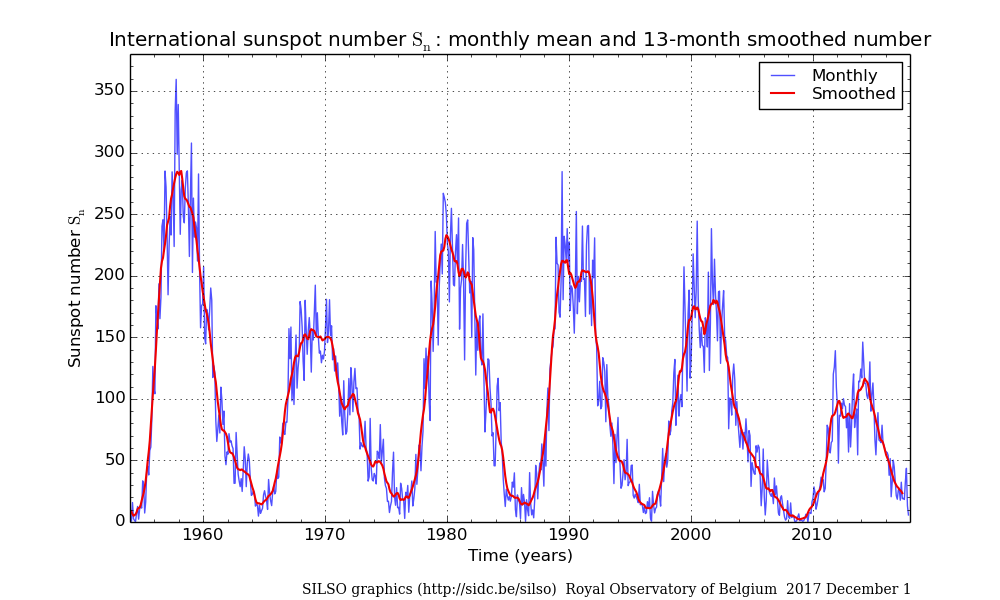 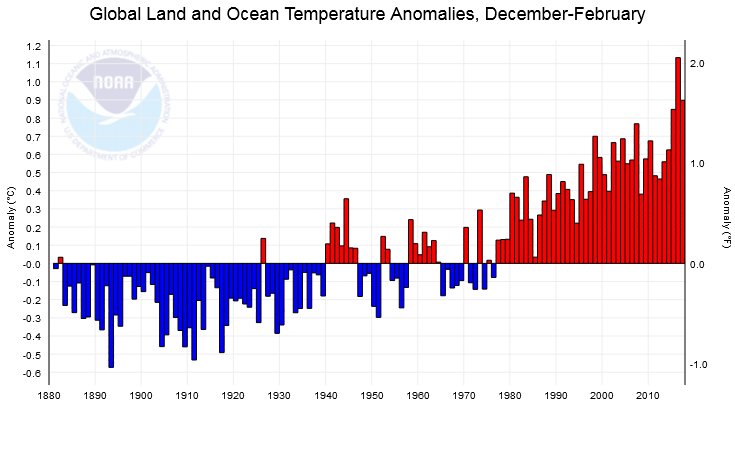 posted on Nov, 9 2018 @ 07:52 PM
link
Our winter here last year was so long and protracted, we all started wondering if spring was even going to come at all. We kept getting heavy snows in June and the temps just kept hovering at or below zero. Growing/gardening season was badly delayed to the point that we didn't even get to put out the plants in the gardening section until well after the season should have started and even after we did get the plants out there, frost warnings kept on coming.

Then our summer was blazing hot, well above normal every day. Miserable all around.

Explain the title of the second graph and why it is significant please.

same here, it was winter until practically June then became summer over night. also last winter was the first year I've 7-10 foot high glaciers form down by the river

The graph shows the changes in global winter average temperatures based on the average winter temperatures for the 20th century.
www.ncdc.noaa.gov...

According to the theory put forth in the OP, lower sunspot numbers should result in more cosmic rays entering Earth's atmosphere. More cosmic rays should result in more clouds which causes an increase in albedo. Higher albedo results in decreased radiative forcing and lower temperatures. The significance of the temperature anomaly chart is to show that temperatures have been rising while sunspot numbers have been declining.

It seems that observations do not support the theory. Or perhaps the CO2 we've been pumping into the atmosphere has a much greater effect than any cosmic ray cloud seeding.

posted on Nov, 9 2018 @ 08:15 PM
link
Have to respectfully disagree. Winter is not getting longer, quiet the opposite.

I have the feeling it has shifted half of a month towards the end of the year on average, though. Might be a local climate thing. Normally Dec, Jan and Feb were the coldest with march being the last very cold month with serious ice and snow.

Now it seems to have shifted a bit towards Jan and Feb but Winter is also shorter. Might be wrong observations or not, however, winter is definitly not getting longer in my region.

We were fried this year here in Germany. Almost no rain in my region for months.


Observations from people on the ground seem to suggest that it is so. But we only have a few years to see if she is right, have you noticed the inflation in food, and the shrinkflation in things like the Hershey bar. this is suggestive of dropping yields and rising prices.

I am impressed with you Phage. I don't know how, but you seemed to have viewed an hour and a half video in 4 minutes. That is damn impressive.


It has already started here. Today was our first snow day.


Observations from people on the ground seem to suggest that it is so.


this is suggestive of dropping yields and rising prices.

Hershey bars are an indication of an imminent cooling?

I agree with your graph (yea I know it matters not). Winters here in Michigan have been getting warmer and calmer all around.


Somewhere in the Vid your second graph, looks similar to one that after they amended it and dropped the temperature rise .Funded science tells the funder what they want to hear, if they don't the funding dries up .


I don't know how, but you seemed to have viewed an hour and a half video in 4 minutes.


You know this is not really new news, right?
www.abovetopsecret.com...

posted on Nov, 9 2018 @ 08:25 PM
link
I'd love a cold, long winter. Would be a nice change from the record high temps we've been having here basically every other day.

originally posted by: Phage
a reply to: highvein


I don't know how, but you seemed to have viewed an hour and a half video in 4 minutes.


You know this is not really new news, right?
www.abovetopsecret.com...


What? Well I guess I am not as impressed as I was. I thought you were very fast at watching things.

posted on Nov, 9 2018 @ 08:31 PM
link
The smell of freshly fallen snow and that crispness of cold (within reason) when breathing it in exhilarates me.


But , not everyone disagrees due to political and globalist bias
Some actually sunk their 401k and retirement into carbon credits and "green" energy . They cannot agree .


The Maunder minimum was a drop of about 1.5 degrees Celsius, which was enough to freeze the Thames. Scotland had severe food shortages, and they came south . But on the upside it probably killed a lot of rats and stopped the Plague. During these minimums a lot of nasty things seem to happen.This one is a bit shorter and she answers a few questions on what to expect. It might not be as bad as the Maunder minimum, but modern societies are not planned for much food disruption,as its all transported in. Instead of being locally grown.