I can't imagine not having a national health service funded by taxes.

Outraged? I couldn't be outraged at any cost to help someone live a normal and productive life. This is certainly an example of the "Good" that comes from such a system.

I don't dispute that though. I don't dispute either that having such a system here in the States would be a great thing (assuming it was managed properly!). I just don't see where the money will come from, since we are beyond broke as it is

The only way is if we make cuts elsewhere. Which given the extreme tax income the government gets, there should not be hungry or sick-due-to-lacking-insurance people anywhere in this country

THIS is precisely why the left and right needs to set aside the divisive wedge issues and focus on the parts we do agree on. Too bad, because a coalition could really make an impact. Government could finally work for the People again and not just corporations, the 0.1% and corrupt public officials
edit on 11/9/2018 by JBurns because: (no reason given)

to qoute the part you missed

"I guess when somepeople hear this they will be outraged"

Thankfully you are not part of the some

There are people everywhere that dont like the NHS, it was not a sly dig at the USA

I myself love the fact the NHS makes all politicians have to work, and actually manage, dont mean they are any good at it, I wish the NHS money was ring fenced each year to stop making it a party issue though, bizarrely I have voted conservative and they are seen as the party trying to remove the NHS, but in my lifetime there has only been 1 labour government, I dont think any party would get away with removing the NHS now, it is ingrained into our daily life, I would happily take out the pitchforks to the politicians if they tried
edit on 9-11-2018 by UpIsNowDown because: pressed to soon

But just think of it, if you paid 60% of your income as taxes you could make $30/hour instead of $18/hour if you paid zero income tax. Because that is such a better lifestyle. You would be like super educated and could look down on all those backwards people.

Nevermind that 18 is 40% of 30. It’s like super factual that you would be better and stuff, because you got paid more upfront, nevermind that backend being equal after the fact. You would ultra modern and progressive and stuff.

posted on Nov, 9 2018 @ 01:47 PM
link
a reply to: UpIsNowDown
Mate, I massively agree
The overwhelming majority of Brits agree as well, I don't know anyone who begrudges paying taxes for health and social care, not a single person. It is an American thing not wanting to fund healthcare for their people equally, and free at the point of need.
I cannot imagine a society like that. Cultural differences again as I've said a few times.

posted on Nov, 9 2018 @ 01:49 PM
link
I couldn't agree more, there's a very good chance I wouldn't have survived childhood without the healthcare system here in Canada.

Outside of that, I couldn't imagine being worried about the cost of breaking bones/being sick beyond the lost hours.

The idea of any developed society operating without universal healthcare is barbaric at the least and sadistic at the worst.

I appreciate that buddy

I'll be honest with you, I do not know enough about it to attack it (or defend it) but it seems like it is working well enough, most Brits I hear talk about it do so in a positive way

Most are usually surprised we don't have any such thing, although our Medicare system for Seniors could be considered similar (at least in in its intention/mission, if not the specifics)

It might work where you live but it would take a long time to work here. I'm not saying it couldn't, but it would take time.
My dad was in the military and we basically had "socialized health care".
There were a lot of problems, one I vividly remember is
that a friend of his had the wrong leg amputated at the army hospital.
Of course that was a massive problem, but there are/were a lot of other little problems too.
I've seen the care he gets as a veteran now, and it is unacceptable. That is probably what would happen to a lot of Americans if we go the way of universal health care right now.

I don't want my tax dollars going to a bloated military but i have no choice in the matter do I? Sometimes sacrifices are necessary for the greater good. Do you agree with that?

Well, National defense is actually a Constitutionally mandated responsibility of the federal government, health care is not. So no, I don't agree with you.

posted on Nov, 9 2018 @ 01:53 PM
link
Hundreds of thousands of people with lifelong illnesses survive just fine financially in the USA under our current healthcare system. The USA govt already pays tens of billions of dollars on healthcare to take care of the elderly, young, military, and disabled.

What is even the point of this thread??

originally posted by: Ahabstar
You would ultra modern and progressive and stuff.

posted on Nov, 9 2018 @ 01:55 PM
link
a reply to: burdman30ott6
Constitution can be changed with the appropriate majority in the house/senate, stop using that tired old 'It's the constitution' line, it can be changed and ammended legally if your people want it.
I've no dog in that fight, I'm celebrating universal healthcare, not attacking individual insurance/responsibility systems...you seem to be attacking universal taxation funded healthcare though.

The idea of any developed society operating without universal healthcare is barbaric at the least and sadistic at the worst.

Why? Most folks just go into debt and get the procedures done anyhow. Life saving care is never denied (by law) and most hospitals have some sort of charity/hardship program to prevent a delinquent account for going into collections.

originally posted by: jjkenobi
What is even the point of this thread??

An interesting discussion which I've had so far with people who seem less grumpy than you lol.

Certain aspects of the Constitution cannot be changed. The first ten amendments, AKA the Bill of Rights, can be changed but it would have no effect. The Constitution doesn't grant us rights, rather it limits the government to specific acts and highlights our unalienable (not government granted) rights that cannot be infringed upon for any reason.

For example, removing the 1st Amendment would not remove our right to free speech/press/religion/etc. The first amendment is merely an additional enumeration of an existing god-given right. Removing it has no effect, since the Constitution doesn't specifically give government the power to regulate speech/press/religion. The Constitution is a permission slip for the government, and a special enumeration of our already existing rights.

Whether some con-men tried to say otherwise or not, attempting to neutralize any part of the BOR would lead to an immediate change in government. Until such a time as we had a government installed that properly respected the Constitution, our unalienable rights and its Constitutionally delineated place in our society.

Just think. You're able to have that in your country because America is busy putting all the money in the R&D so medical technology and advances keep coming. Without the US, these innovations would be MUCH SLOWER. 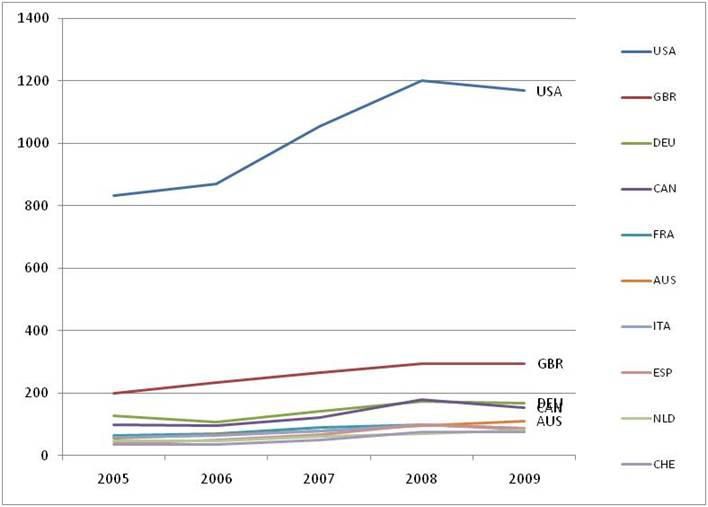 Combine that with your subsidized national defense, thanks to the US. Without those, you would have no national healthcare. Your country basically still lives in mom and dad's basement.

posted on Nov, 9 2018 @ 01:57 PM
link
That sounds like a good deal and I’m sure it would take a lot of weight off our shoulders if we had it here. I’m also glad that you were able to get reasonably cost treatment for your disease. The differences there are too many people gaming our system to fairly pay four an NHS type system. The amount of taxes that would have to be levied against the middle class would be absolutely crippling.

originally posted by: CornishCeltGuy
a reply to: burdman30ott6
Constitution can be changed with the appropriate majority in the house/senate, stop using that tired old 'It's the constitution' line, it can be changed and ammended legally if your people want it.

A Constitutional Convention isn't happening anytime soon, bud. The majority of Americans want free s_it... that's because we've become a nation of entitled jackasses... when those same Americans realize "Oh hell, you mean I'm gonna have my taxes raised to pay for this, too?" it will quietly go away and all but the poorest and most infatuated with virtue signalling will STFU about it. This is why Bernie Sanders lost even his own party's primary elections... enough people realized that there is no such thing as free and they had no interest on personally working even harder so strangers could reap the benefits of their productivity while they struggled to hold pat.

I don't want my tax dollars going to a bloated military but i have no choice in the matter do I? Sometimes sacrifices are necessary for the greater good. Do you agree with that?

I dont think you understand what comes with that and what we would lose without it. Or rather, what the rest of the world would lose.

posted on Nov, 9 2018 @ 02:03 PM
link
a reply to: Thejoncrichton
Cool, keep finding those medical advances, share it with the world and we can make it a better place.
The military bull# line was off topic though, you need our bases in the UK, lol, same as Diego Garcia which you rent from us, you need us.