Lots at stake in this mid-term election of a lifetime !!
Democrats desperate to re-glue their broken agendas and are resorting to "off the wall" tactics.

Democrats can't seem to counter the success of tax cuts and job increases and of course, health insurance under Trump.

Trump heads to Georgia, Tennessee with 2 days until midterms

With two days left before polls close, President Donald Trump is traveling to two traditionally Republican states as he looks to help put GOP candidates over the top.

Trump is throwing his political muscle behind Republican statewide candidates ahead of midterm elections that could dramatically reshape his presidency.

The GOP is facing greater headwinds in the House of Representatives.


meme of the day: 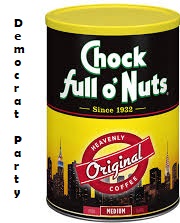 I think you forgot to set your clock back last night. The rally starts at 4 p.m. eastern time. President Obama is holding one now in Gary Indiana, of all places.

The president's plane just landed in Georgia. Huge difference between his rally and the one that Obama is muddling through right now.

All 14 people present are happy 😎

originally posted by: IAMTAT
The crowd is enormous!!

The President is in top form. Amazing how he sleeps just 4 hours @ night, and be so sharp...day after day....trip after trip.

Democrats will hate the MSM too, after Tuesday.

Just Another Great Rally from Our Commander In Chief ! I am So Proud to Be an American Today knowing Our Country has a Leader Who CARES About US More than the So Called 1 Percent of the Upper Classes . Please VOTE Republican on Nov. 6th , and Remember , WE THE PEOPLE Will Always Be FREE If We Keep the Resolve that Our Founding Fathers Bestowed upon US ..........

originally posted by: IAMTAT
Just ended...when is the NEXT one tonight?


Next one starts at 7:00pm Eastern time tonight. From Chattanooga, TN.