a Century Ago a Star was born: Mr. John Forsythe.

We can Not close this 2018 without remembering possibly the most important centenary of this year for the acting arts , TV and cinematographic sciences in America, the birth of a Star with a lot of charisma: Mr John Forsythe.

He was born with a very different name than the one made him famous as Jacob Lincoln Freund on January 29, 1918 to have one of the most successful careers ever as stage, film/television actor, producer, narrator, drama teacher and philanthropist, for about 6 decades in TV drama series but also in movies, and also appearing as a guest on several talk and variety shows and as a panelist on numerous game shows.

Coming from Polish, Russian and Prussian Jewish ancestry He was raised in Brooklyn, New York, where his father worked as a Wall Street businessman during the Great Depression of the 1930s. He graduated from Abraham Lincoln High School in Brooklyn at the age of 16, and began attending the University of North Carolina at Chapel Hill. In 1936 at the age of 18, he took a job as the public address announcer for Brooklyn Dodgers games at Ebbets Field, confirming a childhood love of baseball. He was a lifelong active Democrat

- He signed up with Warner Bros. at age 25 as a minor contract player.
- He later starred in films like The Captive City (1952).
- He co-starred opposite Loretta Young in It Happens Every Thursday (1953),
- Edmund Gwenn and Shirley MacLaine in The Trouble With Harry (1955),
- Olivia De Havilland in The Ambassador's Daughter (1956).

- He starring in three television series, spanning four decades and three genres:
- as the single playboy father Bentley Gregg in the sitcom Bachelor Father (1957–62),
- as the unseen millionaire Charles Townsend in the crime drama Charlie's Angels (1976–81),
- a role he would reprise in the film adaptations, and as patriarch Blake Carrington in Dynasty (1981–89).
- He hosted World of Survival (1971–77).

He was a character Actor with a very magnetic look that gave a lot of life, vitality, an energy to each one of the different complex characters he portrayed in the screen.

Have a nice weekend!

Man he was cool.

Loved him in Scrooged as Frank Cross’ playboy bastard of a boss.

One of my guilty pleasures was Bachelor Father as a kid
on NBC. My homework suffered, and Yeah I AM that old. 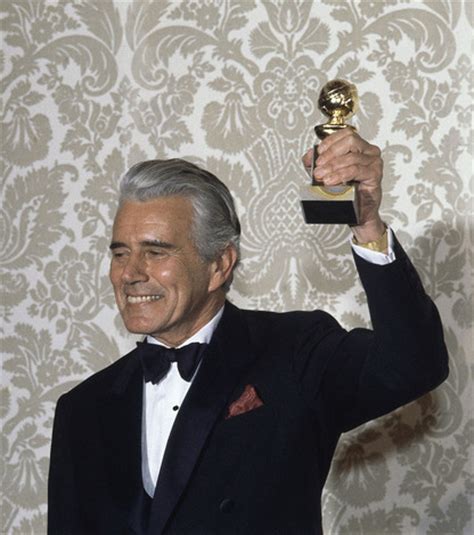 So long, Pop and Happy Birthday Blake you beautiful snake.