Restoring our Faith in Humanity.

posted on Oct, 19 2018 @ 01:55 PM
link
The left are are evil, Trump is going to end the world if Putin doesn't get their first, Breixt is going to collapse global economies, terrorists want us all dead, theres a pedo living next door and to top it all of; it seems like this year the Toblerone is about to get another chunk smaller.

I recall a few years back I wrote the Happy Thread, it came complete with rainbows, unicorns and laughing babies. Now I think we need something to help restore our (or at the very least my) faith in humanity because when the news is full of nothing but showing the worst of mankind I need to see the best. I need some good news, some uplifting stories about people actually being decent human-beings, politics free.

Let me kick off with this story I found browsing through youtube.

So this guy has a tiny YouTube channel, few thousand subs, he is lego nerd and basically builds these massive impressive Star Wars moc sets and uploads a few videos every month. He is not in it for money or fame, doesn't even monetise his videos just a few videos a for fun every now and then. Anyway one day this guy gets him and disaster, some utter scum have broke into his house, and trashed the place, then just for kicks steal all his lego.

Everyone came together to help this poor guy out.

You know what else, when the GoFundMe reached $18000 (the value of his collection) he asked for it to be shut down because he didn't want to be taking advantage of the folk helping him out and he is still not put adds on his videos.

Yeah so am looking for stuff like that, just nice good stories with happen endings.

posted on Oct, 19 2018 @ 02:06 PM
link
Not enough humor, especially not now that a significant portion of the Trump qrowd are turning all anti-humor like the anti-humor left.

My latest prank concept is to take hilarious pictures of pets from the internet, make fake "Have You Seen Me" / "Reward" posters. with peoples phones numbers that are total dicks, and post them up in places like laundromat bulletin boards. 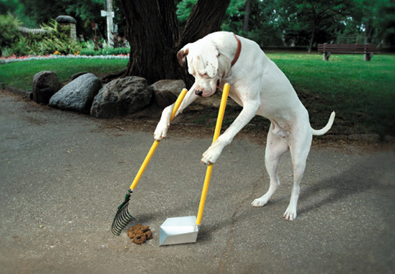 That is awesome. The bright light of a noble human soul that is loving this reality on their own terms.

It is even more bright and glorious because of the crap surrounding it, giving it amazing contrast.


Hey am working with in my limitations here dude!

10% cut in defence spending or whatever isn't going to happen any time soon but I am sure there are lots of stories other about individuals doing amazing things just to be decent humans.

I know you've got something for me.

Waitress Feeds Child After Overwhelmed Mom Asks For Her Dinner To-Go October 7, 2018 A North Carolina mom shared a touching story about a waitress who refused to let her pack her dinner to-go just because her young daughter was acting up


"Tonight my family and I went out to Olive Garden for dinner, and per Harlynn's usual she did everything but sit in her high chair and eat her dinner like I picture in my dreams. She had me so overwhelmed from letting all of Olive Garden know she was in the house and trying her best to wiggle her way down me to run the restaurant, I had went to find our waitress to ask if she could please bring my food out in a Togo box cause we were going out to sit in the car....She really said 'NO, you're going to go sit down and enjoy your dinner and I will be there to sit with her!' And that's exactly what she did! She brought Harlynn a bowl of ice cream with caramel syrup and even though harlynn wouldn't let her hold her, she sat there in my lap and let Nianni Nani Rudder feed her while I ACTUALLY GOT TO EAT MY FOOD WHILE IT WAS STILL HOTT!!!!!