Teresa Giudice crying because Husband Joe will be deported!

Joe Giudice will be deported! Seems like Terese is begging Trump to pardon him. Lord have Mercy if that happens!

pagesix.com...
“I think they’re making an example of him and I don’t think he should be made an example of,” he said. “This is somebody who has a big business and he employs people he actually does good for this country.”

Anyone else cracking up here? This dude is convicted of not one, not two, not ten, not twenty, but FORTY ONE counts of fraud!
(mail, wire, and bankruptcy fraud).

Isn't Karma funny, not so long ago Terese was picking on on poor Sofia Vergara, little did she know it would come back to bite her!
www.tmz.com...
"Teresa straight-up calls Sofia a bitch. She then gets xenophobic ... saying immigrants should be good-natured."

Sofia, is a US citizen, she went through the long process, unlike Joe and became one in 2014 (go Sofia!)

ugghhh I had to look, can't undo what I've seen....I think you're right.


my sister watches stupid Housewives "reality" show. I asked her about this person's hair and my sister said it is a "lace" wig, whatever that is.

I hope this Joe slimeball gets deported. 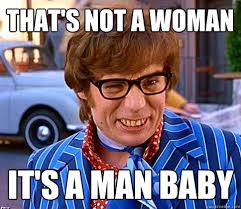 What's good for the goose... I'd be pissed if he gets a free ride, especially being a criminal.

Reminds me of a line Jim Carrey screams into a phone in "Liar Liar" when a client needs legal advice:

These criminals (alleged?) should be deported if they're doing these such things.

He is serving a 3 year prison term, and will be out shortly and sent back to Italy.

Oh count your lucky stars! I've never seen their shows, but have seen them numerous time on the nightly news.
Enough to follow the story and be sickened by it.

originally posted by: Bluntone22
I'm am very proud to say that I had absolutely no idea who these people are.
I'm also very upset that now I do.

They're kind of an embarrassment to the local Italian community.

Its almost worth trump giving him the pardon so we can see his supporters defend it.


I don't know who they are either, and I'm not about to find out.

I refuse to click on a TMZ or Pagesix link, just because i don't want to risk them making a fraction of a cent from any ads they have.

Those places are cancer.

That is exactly what this is about.

Who gets deported/pardoned? So many are actually defending him even go as far to say he is not a "bad criminal"!! wtf.