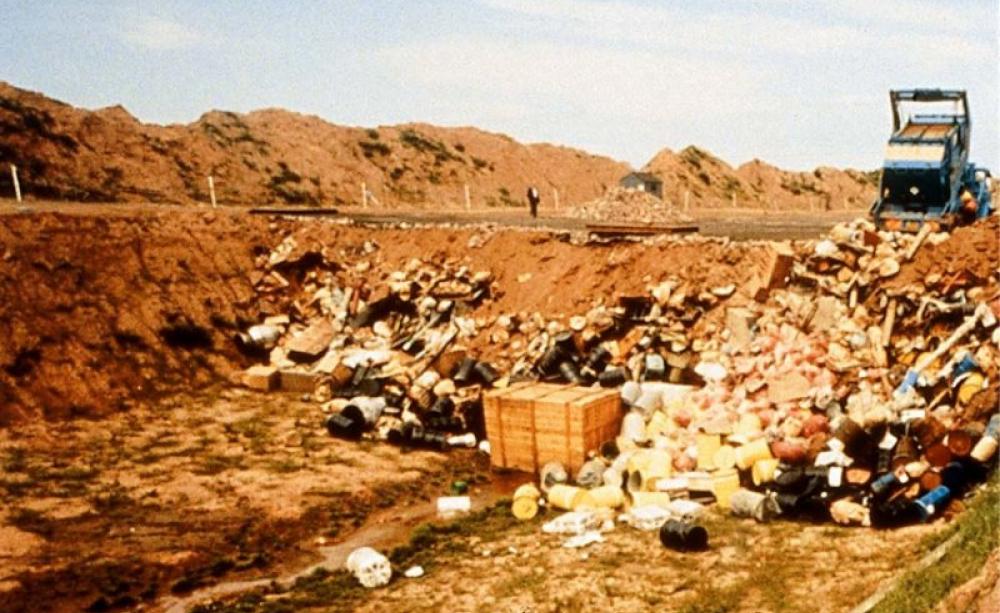 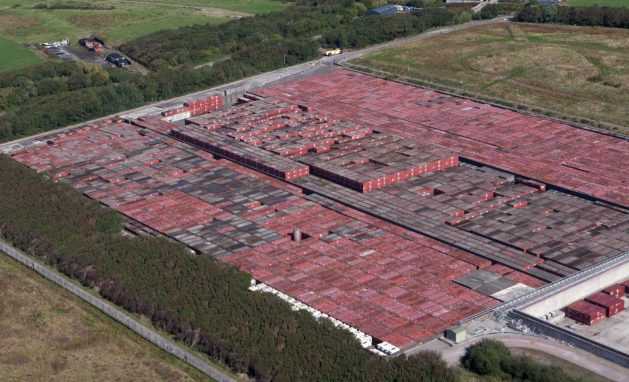 It is very important to know what is in there. Can anyone remember?


Did you work at Sellafield in the 1960s, 1970s or 1980s? Were you by chance in the job of disposing of radioactive material? If so, the owners of Britain's nuclear waste dump would very much like to hear from you: they want you to tell them what you dumped - and where you put it.


The rain runs in and the rain runs out. The sea will erode it away sometime. It's not so much stored as stuffed somewhere for a while.


Nuclear waste, doesn't it give you a warm glow inside.

posted on Oct, 7 2018 @ 04:47 PM
link
You know if we ever have a serious nuclear accident in the UK, like with something like this. The British public sure are going to regret losing their right to move and live and work freely in another European country.

Because it doesn't take a big radiological accident to make a huge chunk of these small islands uninhabitable.

What is low level nuclear waste?
Low level waste accounts for 80% of all nuclear waste and is only slightly radioactive. It includes things like gloves, protective clothing, paper towels, metal and concrete.

It also includes clothing and items used by doctors and nurses during medical procedures like x-rays, and by researchers in laboratories across the country.

We have invested heavily in recycling and treatment options so that we can reduce the amount of low level waste that is sent to the national Low Level Waste Repository.

The same people who are helping Japan with Fukushima.

There are no answers to a meltdown ... none and nowhere.

originally posted by: watchandwait410
Why would the UK do that? It is small enough and you can't just move.

Because in those days, nobody wanted their county to be the nuclear waste dump of Britain let alone Europe. So the one thing that would unite everyone was the threat of a nuclear waste dump in their backyard. The greens were against nuclear power, Conservative home owners were concerned about house prices, the left-wingers were concerned about whether councils would have to spend more money on environmental monitoring. Whichever government was in power could not make a policy decision for fear of losing votes.

Corporations never had a good reputation when it came to environment protection. Raychem in Scotland got a bad reputation for underpowering their incinerators and coating the neighboring houses in sticky dioxin soot. Oil companies would only allow helicopters to fly over and take photographs or movies when the refinery chimneys were not in use.

Public sector and privately run nuclear waste disposal companies just wanted to spend the least amount of money, so digging trenches, lining them with plastic sheeting and dumping barrels of waste into them was the best solution. Not much worse than Dounreay where they just left barrels out in the open.

Not much different from today with rotting human body parts:
www.mirror.co.uk...


How do you get a meltdown from near inert low-level radioactive substances ?
Let me answer that , it is impossible.

There's much more money in keeping it hanging around. UK nuclear decommissioning and waste storage is a massive scam. The ductile cast iron containers prove that. They are a much more complicated and dangerous way to store waste than the earlier methods. www.neimagazine.com...
It only takes a simple thermite charge on top of one of those to create a nuclear smudge pot. And they're being stored in aluminium sheds by the sea. Lunacy or genocide?


Six decades after the construction of the first wave of nuclear power plants, no country has opened a permanent storage site. Spent nuclear fuel and other contaminated material — deadly byproducts of electricity generation — remain stockpiled in temporary locations around Europe and the world, sometimes alongside the reactors where they were used.

I've physically spied on nuclear decommissioning. It's a scam.

Because Europe is magically protected from the fallout so it's none of their concern?

Of course, why didn't I think of that? Just shoot it.


STAFF at Dounreay fired dum-dum bullets from a high velocity rifle in an attempt to sink floating waste containers in its controversial shaft . . .

Sellafield is a meltdown waiting to happen.


. . . if the ponds drain, the Magnox fuel will ignite and that would lead to a massive release of radioactive material,” . . .

The Drigg storage is slowly draining into the sea. Up the road at Sellafield it could hot up a whole lot faster. Choices, choices.

Sadly this still goes on to a certain extent ..

Thanks, I'd missed that.


Those opposed to the dredging argue we cannot say for sure that the 300,000 tonnes of mud that could be deposited on the Cardiff Grounds site is safe because the full range of tests needed to establish there is no radioactive risk have not been carried out.

300,000 tonnes of mud to test? I'll fetch my wheelbarrow, shovel and geiger counter.

It it poses no danger why not leave it rather than irradiate us Taffs?

While in college, worked in summer for industrial laundry that cleaned uniforms from nuclear power plants

Any that failed had to be bagged and labeled with date, radiation counts and put in drum for disposal

When cleaning the filter traps in machines, all the stuff caught there had to disposed as waste

All good as all the spent uranium can be made into bullets or jewellery or perhaps play ground equipment.
I'm sure nuclear waste has a tonne of safe uses and won't harm the environment or organic lifeforms in any way.