Alexandria Ocasio-Cortez, the Democrat Party’s rising socialist star running to represent New York’s 14th District in Congress, called for the electoral college to be abolished on Saturday, moments after then-Supreme Court nominee Brett Kavanaugh was confirmed by the Senate.

If that wasn't scary enough.


Ocasio-Cortez joins a growing number of Democrats, including Clinton, calling for the electoral college to be replaced. In a September 2017 interview with CNN, Clinton told host Anderson Cooper that she believed the process was outdated and needed to be replaced. “We’ve moved toward one-person, one-vote, that’s how we select winners,” said Clinton. “I think it needs to be eliminated. I’d like to see us move beyond it, yes.”

This from the person that stole her primary nomination and had them super duper delegates.

Which is anything but one person, one vote.

The left represents a clear and present danger to the REPUBLIC.

Their version of Democratic Republic sure the eff doesn't mean what Cortez, and CLinton think it means.

She didn't mean the angry left wing mob, and death threats, and decaptation videos being sent to Republican congressman, and their families.

There's just no end to the stupid in this country.

Oh, little Hugo Chavez wants to get rid of the electoral college.... then maybe we can also have "President For Life" as well. 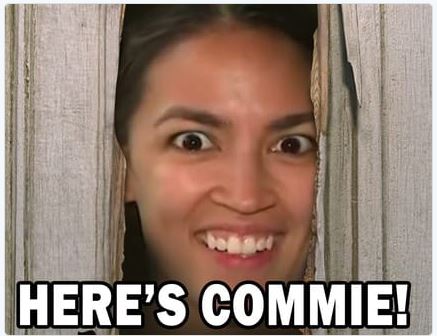 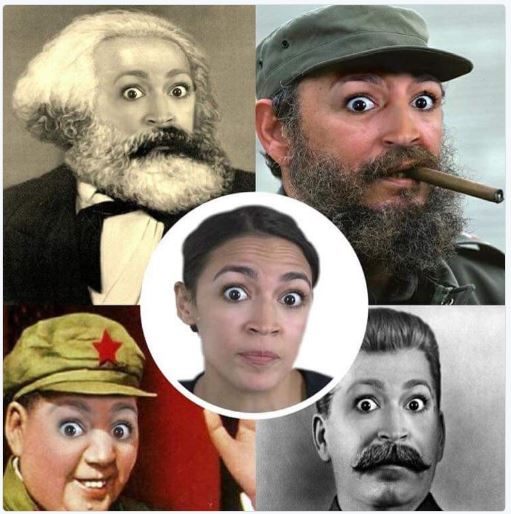 "Only you can prevent forest fires !!"

While she has no chance of doing much of anything beyond being a useful muppet for the DNC, this level of stupid should be blasted every time it rears its ugly head even if it means playing whackamole for the rest of our lives to preserve the republic. (or at least till we have a viable 3rd party)

originally posted by: DAVID64
a reply to: MRinder

ketsuko
+11 more
posted on Oct, 7 2018 @ 12:46 PM
link
It really hurts my brain that no one bothers to teach why people were so keen to keep the south from counting its slaves for purposes of representation.

They act like it was solely for racial reasons, but really it was to limit the political power of the slave owning class so they could not politically rule the entire country.

I wonder why anyone would want to keep the power of the slave-owning class limited if they were all a bunch of slavering racists who didn't care one way or the other about slaves?


So she open her big mouth and attacks the Electoral College. Very stupid.

Irishhaf
+4 more
posted on Oct, 7 2018 @ 12:55 PM
link
I do have to thank the whack a doo left for one thing, my parents brothers and sisters were all died in the wool democrats yet the last few years of insanity ive watched these 60-80 year old bleed blue democrats start to step away from the left and back to the middle where the democrats were when they were younger.

I like my family and this makes it much easier to go to family gatherings knowing I wont be badgered about politics all day long.

Perhaps not now, but don't think she is not being groomed. By the time the progressive socialist Demwits get through with her, she will have been fully indoctrinated in the ways of the Party.

Friends, our REPUBLIC is under a slow siege. So, what they are telling us is that Americans across the country don't matter. If you live in the heartland and anywhere other than the Big Crockpot Cities like NY, LA, SF, and Chicago, you don't count. Your area/region will be dictated to. You will not have a voice (maybe a very weak one, but it won't be heard.)

Our Electoral College is what creates a level playing field.

If you don't understand why the Dems want open borders, no voter ID, and division politics, then you are hopeless.

She should take her grievances to the Supreme Court.

ausername
+13 more
posted on Oct, 7 2018 @ 01:00 PM
link
Democrats would win every presidential election if they do. Without the electoral college Hillary would be president now.

You'd have a country where national elections are decided by a few predominantly liberal democrat densely populated cities/regions. The rest of the country wouldn't be a factor, wouldn't have a say or voice, wouldn't count.

The brilliance in the designers of the electoral college and their wisdom to foresee how unfair it would be without it is underappreciated.

No wonder they want it eliminated.

If She EVER Became President , do you Think She would Increase our Chocolate Ration from 6 Grams a Week to 4 Grams a Week ? Praise Her If She Did ............ 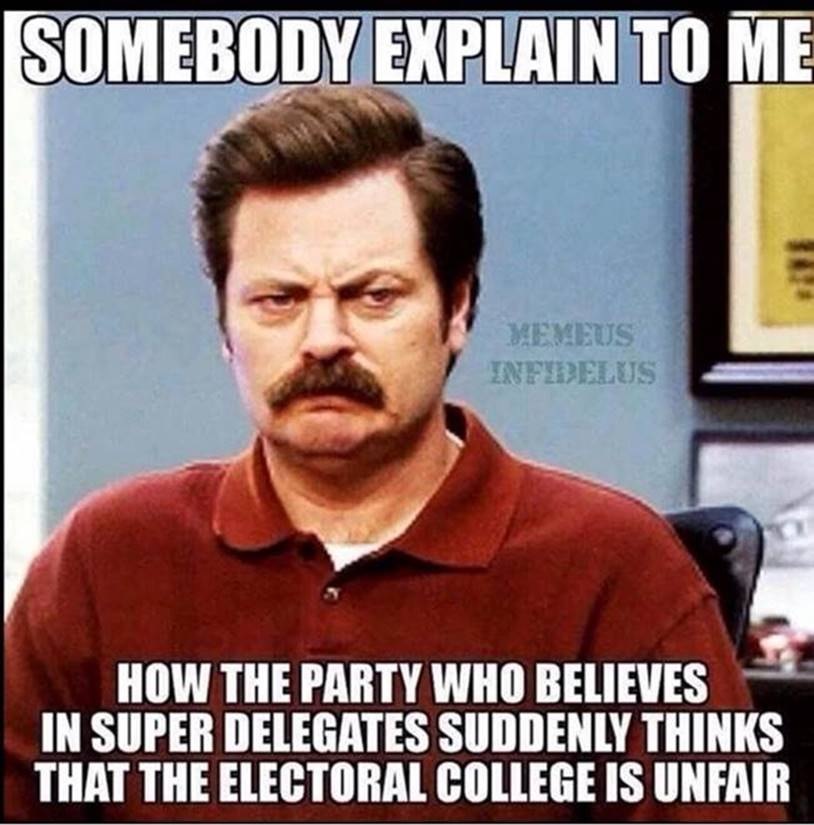 originally posted by: GBP/JPY
Something wrong with her head.....we don't want a democracy....that's chaos.......we want a republic

Usually, I think they know darn good and well what they're advocating for and why, but in her case, I don't think she actually has two wits to run together.