page: 1
20
<<   2 >>
log in
join
share:
JBurns
+1 more
posted on Oct, 4 2018 @ 12:48 PM
link
According to democrat commentators on a popular news outlet, even a drunken mistake between two otherwise consenting adults should constitute a sex crime for the male participant only. Ridiculous assertion - either both parties are equally guilty (which is unreasonable) or no person is guilty, and it is a mistake not a criminal act

I am curious how others here differentiate stupid mistake vs. sexual assault vs. rape. Please think about this question for a minute before moving on to the next.

Now let me ask, does your opinion/standard also apply to the inevitable lonely middle aged female at the bar who had a few too many to drink and is making close-but-not-necessarily-invited physical contact with other individuals?

Does it apply to the nervous 14 year young man that goes for his first kiss, but is rejected?

Leftists should carefully consider their attempts to define criminal acts by the way it makes someone feel (yes, they actually believe that) vs. an objective standard of criminal conduct

The one-sided argument that only one drunken person in a drunken tango that took two people is utter asininity, for sure.

Anyone who subscribes to that belief should choose to refrain from speaking on such matters, because the massive amounts of logic and reason that are ignored to hold such a belief revoke one's speaking privileges.

ETA: I define "sexual assault" and "rape" using the very specific elements of the laws of each state. A mistake is anything done accidentally or without proper precaution made, and that could define everything done in a drunken stupor. But, of course, mistakes can be legal infractions--driving while drunk is both a mistake and against the law, but that's because of the danger that it puts the general public in and because of the well known deadly consequences.

Unless you can point me to a law against, say, sexing while intoxicated (I shouldn't give anyone any ideas), then making or attempting to make proverbial whoopee while drunk and then regretting it later is what thinking people call a preventable mistake.

Let them speak. They are the best argument against why they shouldn't be given the reigns of power.

And there is the problem we are defining a crime by how someone feels about the encounter. My first time meeting my wife her first response to me was get lost. In fact so was her second and third. After bugging her i finally talked her into a dance. By any definition i sexually assaulted her by forcing myself on to her. Luckily for me she decided it was ok with some persistence on my part.

But lets say i just made her mad that day she could have had me arrested for assault. Whats the difference well her feelings about what happened. We cant have feelings decide if something us a crime.

posted on Oct, 4 2018 @ 01:20 PM
link
What about regret?
If someone is willing at the time and then regrets what happens is that going to mean that the other person is guilty?

Throw it right out the window as long as they benefit and nobody else benefits. 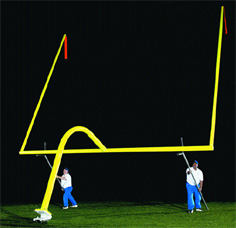 If either one of them said "NO".

If either one of them could not say either "YES or "NO".

I'll never drink with a Democrat.

It's so blatantly sexist it's crazy. It's also logically inconsistent with every other thing you can possibly do drunk. If you get drunk and do anything else you regret later, it's your fault. If you're a woman and have sex drunk and regret it later, you have zero responsibility. Anyone who subscribes to this notion is a fool.

originally posted by: xuenchen
More proof that Democrats are all in favor of trashing the U.S. Constitution.

Geez mate... Its a second hand account of a claim made by an unnamed news analysts, with no source to back it up.

Are you seriously going to claim that's "proof" of anything?

Talk about moving the goal posts...

Even Republican women that tell a man "NO" believe it's assault even if the man is drunk. no means no and being stupid drunk is no excuse and political affiliation has nothing to do with it.
edit on 4-10-2018 by olaru12 because: (no reason given)

That poster is absolutely outrageous

They're claiming the young man was able to give consent? Aren't they being "sexist" by implying men can handle alcohol better than women? Because that is precisely the implication. Two people get drunk and make a stupid mistake, yet the female is a "victim" while the male is a "rapist." ###### disgusting degenerate trash, whoever wrote that poster and whoever pushes that narrative

originally posted by: olaru12
a reply to: JBurns

Even Republican women that tell a man "NO" believe it's assault even if the man is drunk. no means no and being stupid drunk is no excuse and political affiliation has nothing to do with it.


that's not what was said at all. If they both consent, but are drunk, the man is a rapist and the woman is a victim. (based on the assertions of the OP, there doesn't seem to be any supporting link)


Which two consenting adults are you referring to?

originally posted by: Fallingdown
If drunken mistakes were criminalized. I would be doing life .

Yeah but a drunk mans actions are a sober mans thoughts.

When it comes to ex wives.