While the paper by Ford and several other co-authors focused on whether various therapeutic techniques, including hypnosis, alleviate depression, it also discussed the therapeutic use of hypnosis to “assist in the retrieval of important memories” and to “create artificial situations” to assist in treatment.


How does that work? Can I just start one and put up a sob story and collect my money ? If she has one clearly they don't require proof 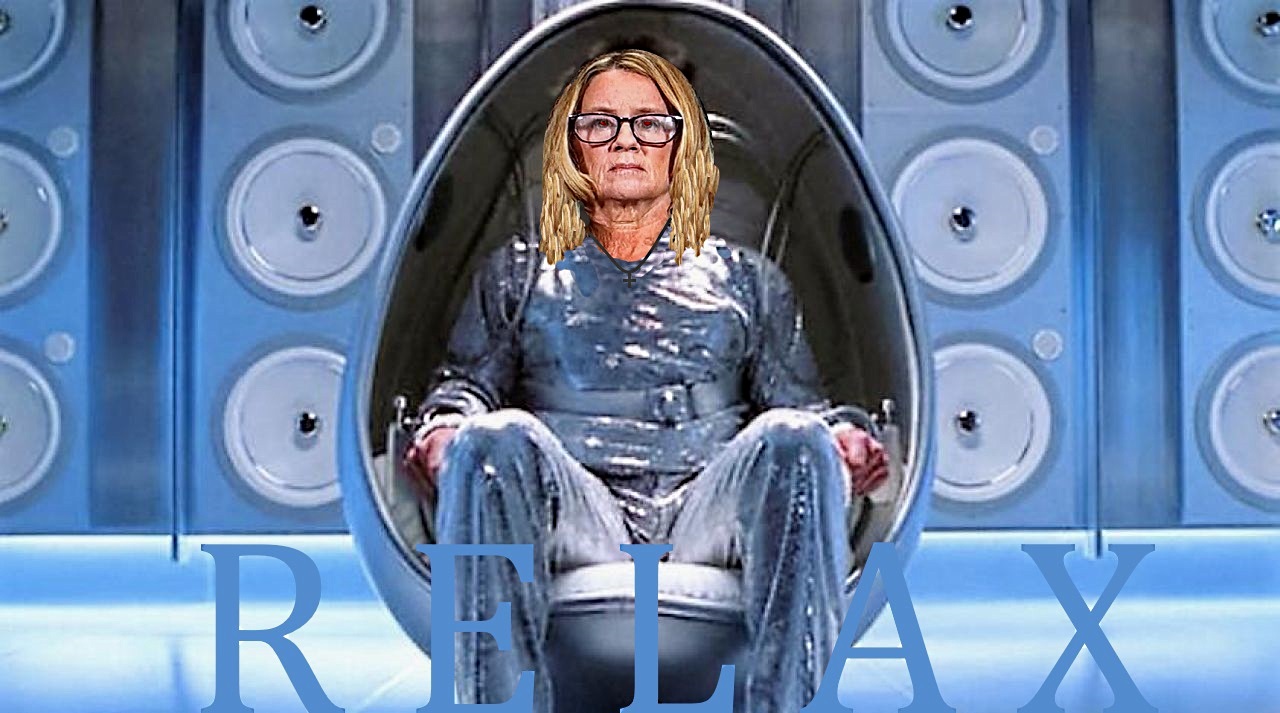 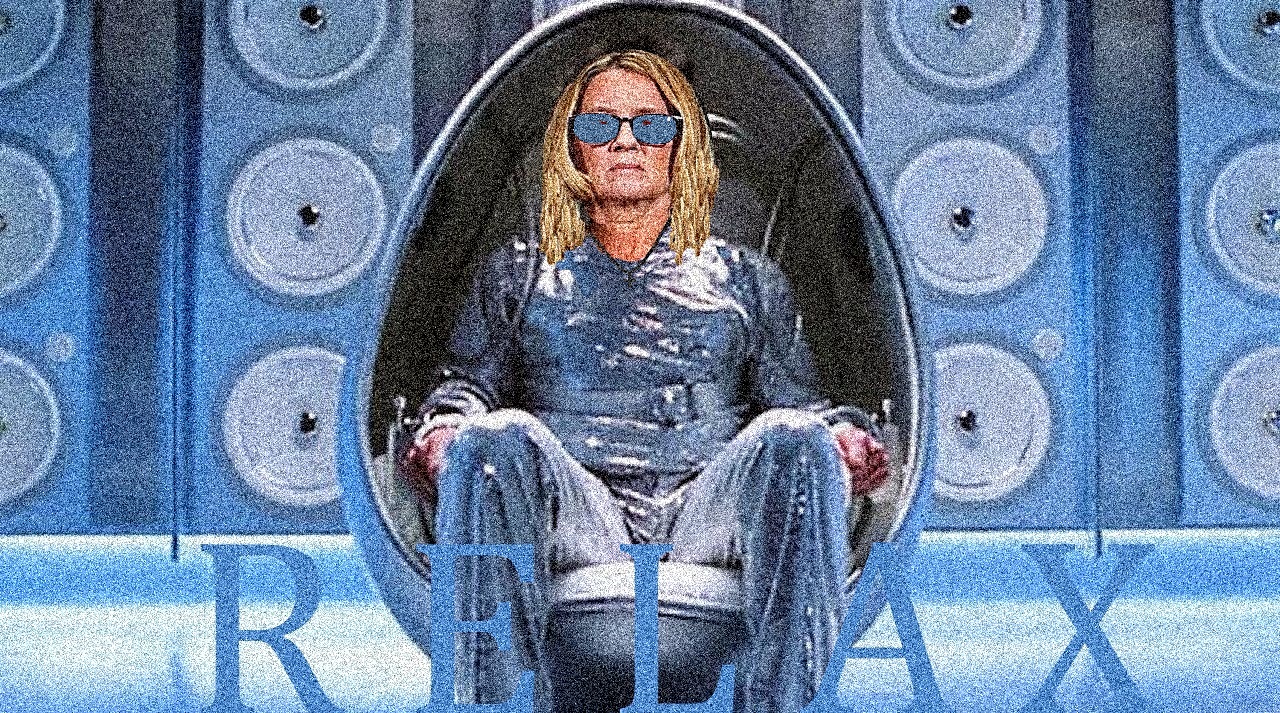 From Soros,Obama,Clinton and usual sycophants.
edit on 2-10-2018 by neo96 because: (no reason given)

originally posted by: FlyingFox
I knew that making this meem was not going to be a waste of time.

You need one of her in the chair from Total Recall. The original, of course...

From Soros,Obama,Clinton and usual sycophants.

Hypnosis has long been a staple of the dark psychology that is MKULTRA and its association with the universities. My guess is she's probably both a victim and researcher. Stanford being one of the biggies in the mind-effing field. There's also a lot of documentation of the CIA putting it's own people in positions of authority in these institutions.

Has it been confirmed that Blasey-Ford "recalled" Kavanaugh's name only after hypnosis?

Too much CIA surrounding her--and the resistance--to ignore.

This lady might be an evil genius, or maybe she is truly traumatized, we'll never know.

"By speaking like a little girl, they divest themselves of one of the most outward signs of power - a commanding presence"
www.psychologytoday.com...


Amazing there is no digital footprint from this woman, the only thing out there on the internet related to here is this brett Kavanaugh stuff

Anyone on the darkweb that can find anything on her ?
edit on 2-10-2018 by norhoc because: (no reason given)

posted on Oct, 2 2018 @ 07:39 PM
link
Here's a couple of interesting reads with various degrees of Kevin Bacon to Blasey-Ford and Stanford. And check this: during the time he was being excommunicated with prejudice by the CIA one of Deak's associates walked into his office and found a young Chuck Shumer with his feet on Deak's desk going through his papers. Make of that what you will but the infiltration is deep and in every part of the system.

The Stanford Research Institute received CIA funding, and Dr. Melges published work about using drugs and hypnosis to create “disassociative states,” i.e., induced schizophrenia. One of Melges’ partners on these experiments was a doctor named Leo E. Hollister, who first dosed Ken Kesey with '___' as part of an Army experiment in 1960. He later admitted to author John Marks that he conducted drug research for the CIA. Marks' 1979 book, "The Search for the Manchurian Candidate," contains numerous such revelations about other government researchers.

The House of Deak began its rapid collapse in 1983 when a federal informant accused the firm of laundering hundreds of millions of dollars in Colombian cartel cash. Leading the attack from Treasury was John M. Walker, a first cousin of the vice president, George Herbert Walker Bush, who served as CIA chief under Gerald Ford. Suddenly Deak’s decades-long relationship with Casey meant nothing. The knives were out. One of Deak’s executives, Theana Kastens, remembers dropping by 29 Broadway and seeing a freshman congressman named Chuck Schumer sitting in Deak’s office chair, his feet up on the desk, rifling through papers.

“He felt profoundly betrayed,” said Kastens, whose father, Pennsylvanian Rep. Gus Yatron, served on the House Foreign Affairs Committee during the Iran-Contra hearings. “He was bitter and despondent.”

I guess Chuck Shumer knows from firsthand experience what he's talking about when he said:


“Let me tell you: You take on the intelligence community — they have six ways from Sunday at getting back at you." ~ Chuck Shumer


The CIA and the American Psychological Association: Partners in crime

Which clearly states that 'propaganda/Behavioral Sciences' is "lawful" to use in order to "better provide services to the people..."

Then watch the news:

From the order itself:

A growing body of evidence demonstrates that behavioral science insights -- research findings from fields such as behavioral economics and psychology about how people make decisions and act on them -- can be used to design government policies to better serve the American people.

Where Federal policies have been designed to reflect behavioral science insights, they have substantially improved outcomes for the individuals, families, communities, and businesses those policies serve. For example, automatic enrollment and automatic escalation in retirement savings plans have made it easier to save for the future, and have helped Americans accumulate billions of dollars in additional retirement savings. Similarly, streamlining the application process for Federal financial aid has made college more financially accessible for millions of students.

To more fully realize the benefits of behavioral insights and deliver better results at a lower cost for the American people, the Federal Government should design its policies and programs to reflect our best understanding of how people engage with, participate in, use, and respond to those policies and programs. By improving the effectiveness and efficiency of Government, behavioral science insights can support a range of national priorities, including helping workers to find better jobs; enabling Americans to lead longer, healthier lives; improving access to educational opportunities and support for success in school; and accelerating the transition to a low-carbon economy.

Obama even worked in the carbon credit scam. No wonder we see a full-court press on this crap from the MSM.


Well if we're going to go after Deak, then I would like to point out that a friend of my grandfathers had named Deak as a major source of gold laundering after the war for a fellow Hungarian named Soros. For the record Deak had only a small part to play with the OSS (most as a currier if I understand it correctly). After the war he came back to America and began raking in cash flows with the new regulations created by the signing of the National Security Act of '47. He used his prior connections in the OSS for CIA contract jobs (it should be noted that he allegedly used these contracts as a way to further launder gold through the use of coin and bullion remints.)


This Schumer story doesn't surprise me either, given his past/present actions. Though let's play a game of find the missing cartel cash (65 billion dollars to be precise) that disappeared in the 90's as part of the "War of Drugs" (better known as the CIA clean-up gone public operation) Any takers? (and yes I believe that this is all connected to controlling the SCOTUS, as I have already explained how billions are past around by these people earlier AS SEEN HERE)

edit on 2-10-2018 by Guyfriday because: I made a few typos, there happy syntax stasi

Because she has nothing to gain from this silly!