Secret Societies Are Preparing Us For A Fake Alien Invasion

originally posted by: Pinocchio
Question Is: "Which Nation Tastes Yummiest!"
Solution: "Fatten Them Up!"


You Sed It...
It Has A Catchy Tune ...
You May Wanna Refrain From That Type Of Banter, Lest They're Open To The Whole Thing.


Peter Jackson made this exact movie, Bad Taste.
From Wikipedia...
"The plotline sees aliens invade the fictional New Zealand village of Kaihoro to harvest humans for their intergalactic fast food franchise"
Saw it once years ago, certainly lived up to the title! A sick puppy was Mr Jackson back in the day....

And on it goes, and you can see every one of those beliefs in this very thread.

They are covering up advanced tech they have, that's all.

posted on Oct, 2 2018 @ 09:46 PM
link
they don't need to, they have Trump and all the little minions mind slaves running around arguing about Ford and Kavanaugh all day when it couldn't be more obvious that both of their testimonies are completely bull# and this entire # charade is nothing but the hegalian dialectic

why do they need a fake alien invasion when they have total control right now?

originally posted by: KiwiNite
Fake or not if it would unite humanity and make them work towards tech that would get us to the stars it would only be good. Oh if it would erase mainstream religions as a side effect that would be even great.

Its a strange person who wants to unite by destroying
Try getting along with out being a dick, you are no better than those you moan about

Everything needs a test run.
What if there ARE malevolent intelligent species (other than our own lol)...
A practice drill to toughen our hide and fatten our chances might be WISE...

And what better way to kill two birds? One world govt, who cares about concealing tech that is “70” years earth old.

7th generation. They edited out emotion. Now they tryin to fix it.


Even so, if such a scenario to bring peace were planned, is it a "bad" thing? I hate deceit, but annihilation is so... final.

So the lies are justified by achieving a desired narrative. What happens then? Unless the people are fed a constant meal of "soma" new enemies will need to be created within that "peaceful" age to ensure they don't get restless again.

On what basis do you assume that them getting to the stars will benefit "mankind". Whenever new lands were discovered concessions were sold and monopolies created.

How will the common man benefit and what will be the ROI on the billions of taxpayers funds spent?


why do they need a fake alien invasion when they have total control right now?

You are right - you dragging politics into the thread attests to that. You really drank the cool aid

posted on Oct, 3 2018 @ 09:20 AM
link
Actually, the whole "alien invasion". is to cover for the fact that the entities are not from across the vast distance of space. They and their craft cannot be tagged or captured or samples taken without their intent, because they are trans-dimensional entities (like Bigfoot is).

The "alien invasion" paradigm will make humans treat them with respect, try to bargain with them, pay a "U.N. Tax" to appease them, and let them administer East Jerusalem and the West Bank, "to serve man."

It's demonic entities in disguise.

And yeah, they play the long-game. Western Civ has been prepped for 250 years for their arrival. Everything from kids' cartoons to science fiction to New Age crystal therapy.

It all part of Their Dark Plan

Did You Ever Feel Like You Knew Or Know All There Is To Know...???


Here's Ronald Reagan warning us about the fake alien invasion.

have you listened to the speech?

Sorry but there is no warning about a fake or real alien invasion but a suggestion what may be the causes to unite humanity.

He took these opportunities to inform us all of the plan for a fake invasion at great personal risk, if only we have the ears to hear.


Its quite simple his speech,


can you quote this informing us of fake alien invasion?


Secret societies working through intelligence agencies are preparing the young and impressionable in particular for the eventual mass hoodwinking.


NO youtube and sites like ATS are what are deluding impressionable minds if they cannot see where and how they are being lead.


Have you noticed how the young have developed an idea of what an alien is, and what their spacecraft look like? An idea propagated through mass indoctrination in books, movies, etc. etc.


don't you mean people in general or are you very young and speaking from personal experience?


Every part of society is being primed and prepared for invasion day, after which, as Ronnie says, the elite will have a much easier time keeping control of the proles. Real 'alien spacecraft', the ones that do the impossible loops, turns and acceleration, run on imagination. They aren't solid craft with physical propulsion systems.

I get what your saying.


Aliens aren't like us and live in higher dimensions, meaning they can manifest and materialize into solids and interact with our environment but at a click of the finger that become spectral or something there abouts.

Ronnie's speech is simply planting the seeds of what it takes to unite us,

Hollywood and other media sources have molded our beliefs in what aliens will be like,


But I disagree, yes maybe to someone who hasn't looked into ufology thy may have the impression that aliens are like the movie Independence Day depicts, physical slimy creatures that want to kill us.

But most here are very open to aliens being alien, meaning exactly that, something we have yet realize as we may have already made contact but just cannot perceive we are in contact with something.

posted on Oct, 3 2018 @ 06:43 PM
link
Reminds of the Architects of Fear episode of the old Outer Limits TV series. This one scared the hell out of me as a kid. 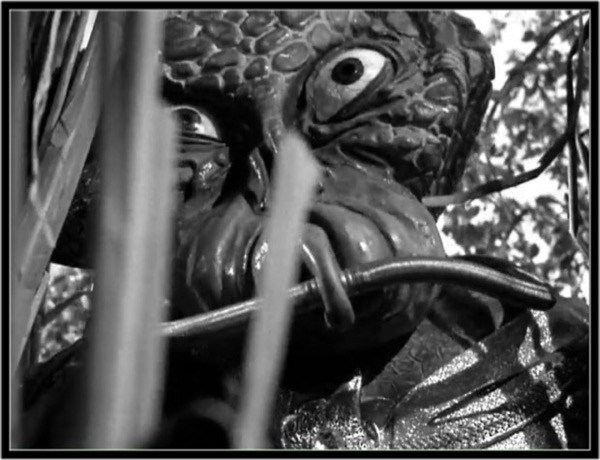