Typing a word “kill” into Twitter search returns an appalling drop-down result – it turns out that #KillKavanaugh currently appears to top the list of search and hashtag suggestions.

Twitter search algorithms made headlines earlier in July when it emerged that browsing for accounts of several prominent Republican lawmakers ... produced no results in the drop-down menu.
Source 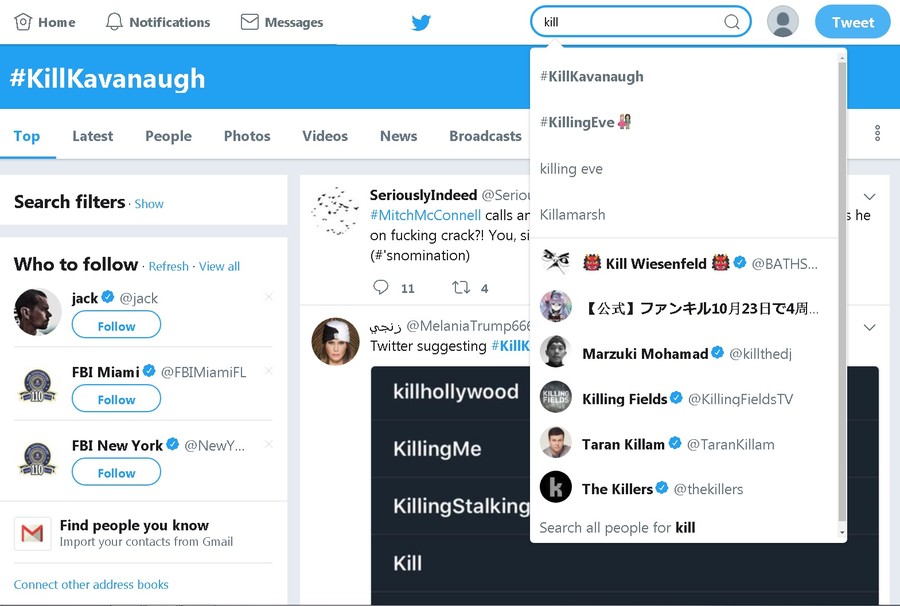 It appears that Twitter has pushed the #KillKavanaugh hashtag to the top of the search results when typing in "kill" in the search. It is illegal to call for someone to be killed, such as by saying "kill so-and-so". I'm assuming hashtags are no different. If Twitter intentionally pushed this search result to the top (instead of immediately removing it altogether), they could be in some big trouble.

"But... but... they're a private company and they can do whateva they want and if you're not happy just go elsewhere."

Twitter is just another leftist tool to push its agenda.

If so, it's the end of the world as you know it.

posted on Oct, 1 2018 @ 11:50 AM
link
a reply to: trollz
I've just tried that, and it came out second to KillingEve.
Promotion knocks out politics.

I'd start it but not being a rabid lefty, I'd probably be in jail or being questioned within 24 hours.
edit on 1-10-2018 by Middleoftheroad because: (no reason given)

Probably find that one somewhere around the 10 billionth autofill suggestions.

who are you calling "you people"

As a black man, i find this ineradicable offensive and racist 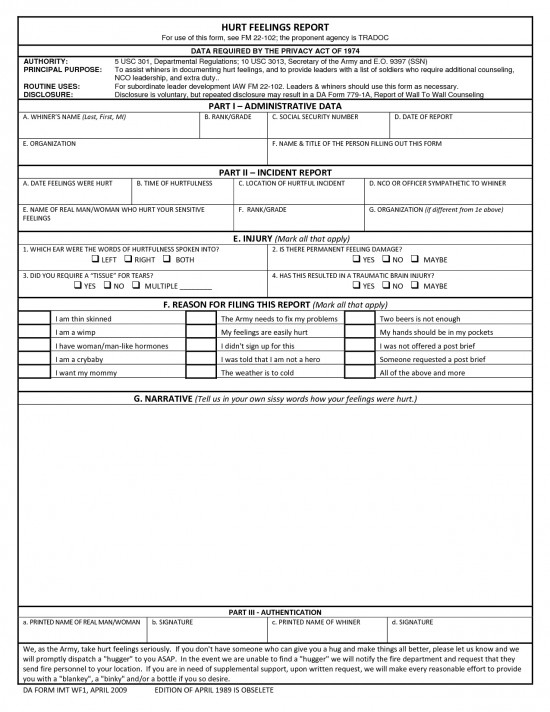 
Except that it shouldnt be trending or listed at all according to their rules.

Twitter is apparently currently allowing it. "Kill" anything would throw a flag for them to look at whatever the trending hashtag is.

It magnificently illustrates the mentality of these militant Leftists.

The only way to deal with these mental neanderthals is to treat them exactly like you would treat a child, because that's exactly how they are behaving. This is a tantrum, and it should be treated as such.

It's time, past time for the Leftists to have a time-out.

You can't really spank them, because the majority of them would probably get off on it, and those who didn't would probably call DHS and file a complaint.

The upcoming midterms won't just be an election, boys and girls.

It'll be a RECKONING.