Does Trump's FBI Kavanaugh investigation go beyond Kavanaugh and accusors?

posted on Sep, 30 2018 @ 01:47 AM
link
After the Kavanaugh / Blasey-Ford hearings Jeff Flake was confronted by several women and seemingly caved to their demands to vote Yes on Kavanaugh only after an FBI investigation is completed towards Ford's claims.

Trump was accused then of not supporting the FBI investigation, but then quickly voiced his support for it, confusing some.

NBC then ran a story stating that Trump was limiting the investigations to a select group of Kavanaugh's accusers.

From the NBC story:

While the FBI will examine the allegations of Christine Blasey Ford and Deborah Ramirez, the bureau had not been permitted to investigate the claims of Julie Swetnick, who has accused Kavanaugh of engaging in sexual misconduct at parties while he was a student at Georgetown Preparatory School in the 1980s, those people familiar with the investigation told NBC News.

From the NY Times story:

r. Trump, who had hoped Judge Kavanaugh would be sworn in by the time the Supreme Court opens its next term on Monday, said he was ordering the F.B.I. to conduct what he called a “supplemental” investigation that he said “must be limited in scope and completed in less than a week,” as the Republican Senate leadership had asked for.

NBC News incorrectly reported (as usual) that I was limiting the FBI investigation of Judge Kavanaugh, and witnesses, only to certain people. Actually, I want them to interview whoever they deem appropriate, at their discretion. Please correct your reporting! - @realdonaldtrump

Could Trump be actually expanding this Kavanaugh investigation beyond just Kavanaugh and the accusers?

tweet
Trump knew this FBI Investigation was coming. He pulled the trigger immediately with zero handwringing and assets were in place immediately. Something BIG is going down. The Dems have been set up.

and then Bill tweets this:

tweet
We know that Flake spoke to Rosenstein before he called for the investigation. What if Rosenstein really is a white hat in #SlowWalker and was tasked with flipping Flake to get the FBI involved? What if the Rosenstein coup thing is a feint to get Dems to drop their guard?

What could Bill Mitchell be talking about, ATS?

Wow. This is very interesting.

Off to do some reading.

I am not nearly as well read as some here, but to my untrained eye the simple fact that trump hardly did anything during the circus show, and then when flake demanded the investigation he said yes without flipping out... yea I would be stunned if he (or someone in his camp) did not have assets ready to go and a pretty good idea who could get caught if he worded the order just right.

Many noted Trump's uncharacteristic silence and measured responses during much of this.

This thread definitely has my attention.

I'm not familiar with Bill Mitchel, though I see now he's in the Illinois House of Representatives.

Reading that twitter feed is like reading a Q thread, though. Still digesting how I feel about that.
edit on 30-9-2018 by loam because: (no reason given)


If we are being honest Trump is a Narcissist who hates being blocked, and yet here he is seemingly being blocked and being calm and rational.

I can only come up with 2 things, as mentioned he has a plan ready to go to get the dirt he needs to bring the Democrats in line... or Kavenaugh was a set up from the get go and his second choice is who he really wants.
But like my grand dad always said, Time will Tell, Snip will smell, and water will seek its own level.


If the investigation goes as I think it will, 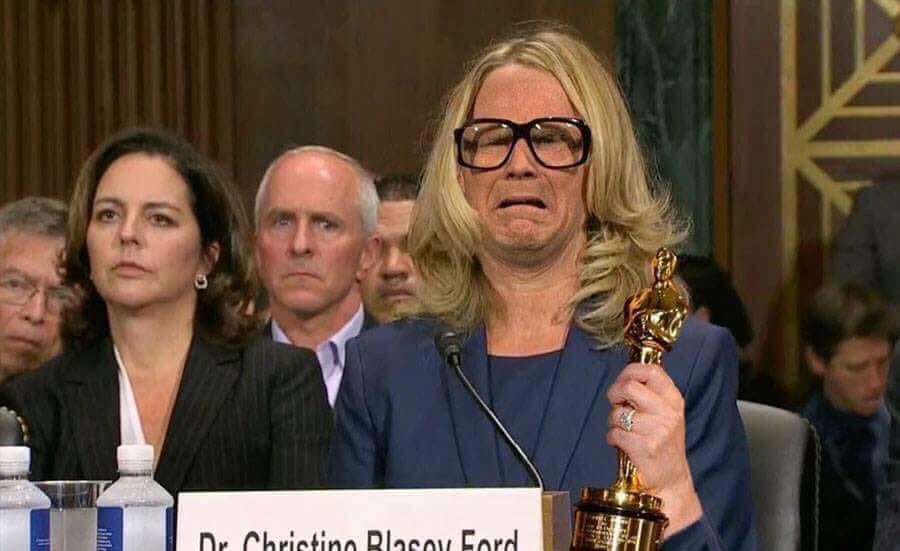 Is Bill Mitchell ever discussed in the Q threads?

With respect to your post, a third possibility is Trump may have actually agreed he comes from the greatest position of weakness where sexual allegations are concerned. He might have decided there was little he could do to help, without making things worse.

But I do agree that if Kavanugh's nomination fails, Trump will punish the democrats with an even more conservative judge. It's too obvious of a move for him not to do that.

Dunno I've avoided the Q threads, anonymous information bothers me even if its confirmation bias material.


As for your third option, that is a possibility but at the same time I am not sure if his ego could stand admitting being hands on could hurt the situation.

posted on Sep, 30 2018 @ 02:54 AM
link
I do not know how all this is going to play out but... I do hope if there was a conspiracy to defame Kav and smear his good name with false allegations the conspirators are rounded up and put through litigation hell no matter who they are.

See any limitations in that definition as to who , what , when , why , where , and how ?
I Dont

Owen Schroyer(sic?) has been talking about this. He was saying that if the FBI does a thorough investigation through phone records, emails and texts etc then it could blow open a lot more than just a sexual assault case.

I think you and he are on to something.

posted on Sep, 30 2018 @ 04:26 AM
link
It will forward toward the goal of those that have the hate toward the man, that is what happened to Jesus on the cross. Not politics at all, just pure hate for those that have a heart of voidless of love of peace in their mind, it is called "mental illness ".

It sounds to me like Trump is telling the FBI to cast a wide net. To investigate everyone. If the FBI could be trusted to do this right, this could be a very interesting week.

posted on Sep, 30 2018 @ 05:45 AM
link
If Trump has dirt on the FBI, having them by the short hairs, will make this investigation interesting.

Trump can have them look into who paid for what, who’s social media said what and so forth

Den DiFi had the Ford thing and a Chinese spy thing overlapping....email records will talk about both

I am not a fan of show me a man and I will show ou the crime. This is more like Captain Kirk opening the door and all the dead tribbles come tumbling out.....

posted on Sep, 30 2018 @ 05:48 AM
link
The FBI could start by investigating what's in that envelope that Rep. Sheila Jackson Lee hands Blasey Ford's attorney during the hearing. That's not shady at all.

I read reports yesterday that two senators had asked the FBI to look at Ford's attorneys and if they were working in their client's best interests. One was Lindsey Graham, I believe. I don't remember who the other one was. I can't find anything about it now -- my apologies!

I think this is likely nonsense and this is about winning midterms. Trump knows these claims are baseless so gave in because he will win big with this investigation. He looks good. Kavanaugh is confirmed. Republicans likely gain votes for midterms.

posted on Sep, 30 2018 @ 07:10 AM
link
I think that what goes along with vetting in very high places that this is just for the media. Kav has been through much more vigorous investigations to get vetted for this position. 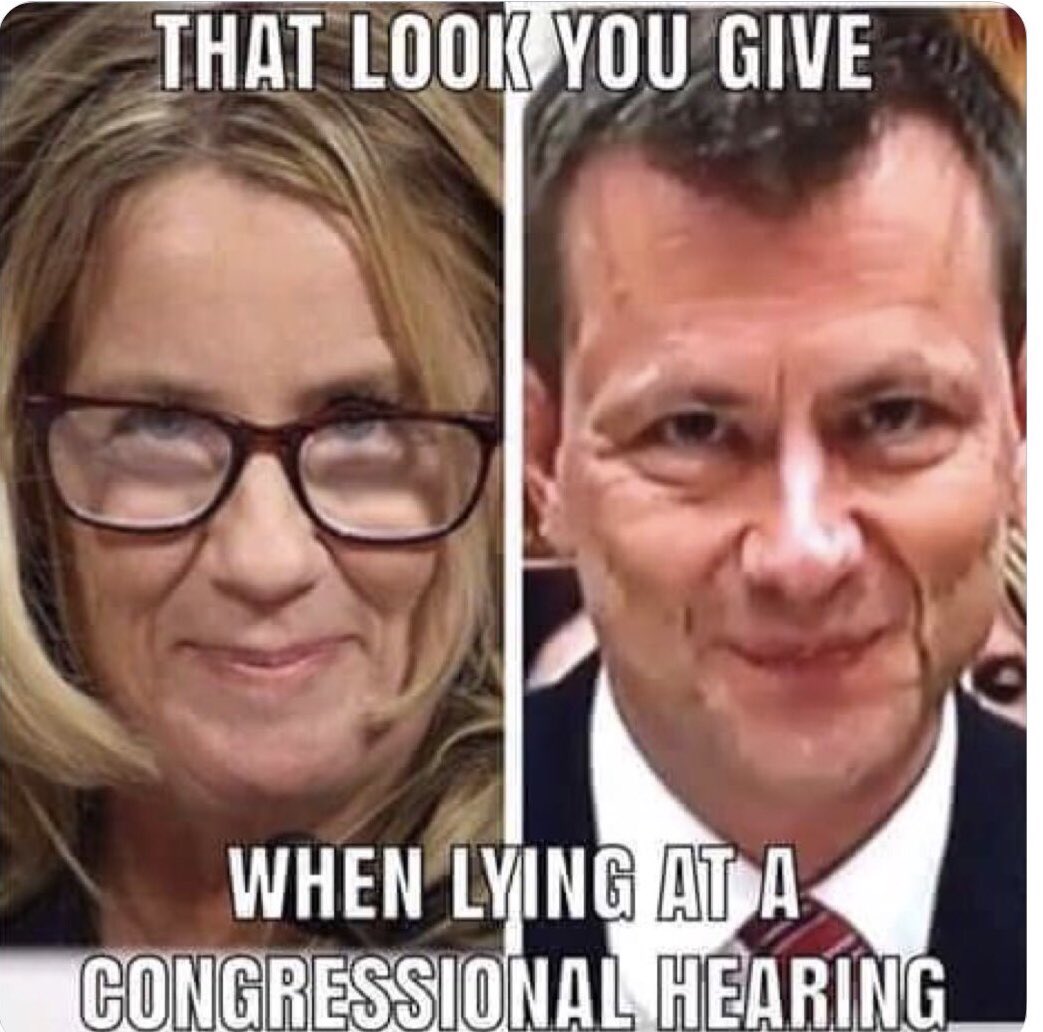 saw that posted the day of the hearing. could be nothing, but at least to me, her and his body language seem to indicate otherwise......