Cleanin' Out My Closet

posted on Sep, 28 2018 @ 09:46 PM
link
In the spirit of current events and the new precedent being set, I feel it's only right I should come clean and empty out my closet. Not only for the sake of my future, but also my children's, children's future. But before I do, I'm going to play Devil's advocate for a moment and take on what I believe will be a pretty controversial perspective.

Now let's assume that Judge Kavanaugh did sexually assault Dr.Ford almost 4 decades ago while he was still a young & drunk teenager (think about that for a second), is it really fair to use that against him today? Now I know most of you will think I'm crazy for even mentioning such a notion and will bring up the fact that he's essentially applying for one of the most powerful seats in the world. But really, think about it. Is something you did 40 years ago an accurate assessment of who you are today? 30 years ago? 20 years ago? 10 years ago? last year? Very seldom are the actions from a wild night of drinking 40 years ago (which is longer than I've been alive, for some perspective) indicative of who you'll become as an adult. I'm sure there are some older folks here that can attest to that. I also believe Kavanaugh's long and seemingly untarnished career thereafter proves that as well -- unless of course he does indeed turn out to be a serial gang rapist that somehow remained hidden this entire time. I will gladly eat crow with a large side of salt if that is the case.

I think the point I'm trying to make is no one is perfect. No one. People live, people make mistakes, people learn and people grow. That's life. I do wonder though, if the entire panel of senators were held to the same standard and forced to empty out their closets, would there still be anyone left standing in the end that is qualified to judge another person?

Now before anyone tries to call me some sort of rapist sympathizer, know that I have no dog in this fight. Whether he makes it to the seat or not, has absolutely no bearing on my life. I just wanted to approach this as honestly and objectively as possible, something I believe is missing in this whirlwind of partisan politics.

Okay, so now with the boring stuff out of the way, lets get to the juicy stuff - my closet. Well, if we were really doing that, we'd probably be here all day. I will say though, I have never sexually assaulted anyone before, at least not without their consent. I will also say this, I became the man I am today not because of the things I didn't do, but mostly because of the things I did do - most of which I will probably never do again.


Oh, and I picked the Mud-pit because I think I'm due for one. Plus, who likes censorship? (hey put down your hands lefties, it was rhetorical) 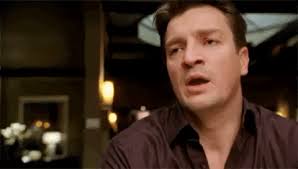 No one can live up to the standards that these crazy leftists hold everyone else (except themselves) up to.

And you can never be a good person if:

You are a white male
Or a Conservative (male or female)

Forget about even trying if you actually call yourself a Christian.

So what I am saying is that in today's messed up world where the lunatics of the left get all the airtime, you will be judged for the rest of your days (and thereafter, in history) by the WORST thing you ever did or said in your entire life.

UNLESS YOU CHANGE AND BECOME A DEMOCRAT. Then you are forgiven for everything.

Devils advocate - a very low % of adults are who they were as a high schooler. And that comment is only relevant IF Ford is telling the absolute truth.

There are too many “if’s” circling this situation and honestly, Ive lost interest in what the finality of it all might entail.

What makes me very uneasy is that one of those jokers is lying, and that is unforgivable due to the weight and significance of this nomination and possible confirmation.
edit on 0158x6701America/ChicagovAmerica/Chicago9 by six67seven because: (no reason given)

It does not matter how long ago it happened, if it happened. Not even a little bit.

originally posted by: knowledgehunter0986
Is something you did 40 years ago an accurate assessment of who you are today?

Personally? I say yes. I expect absolute perfection from anyone in an authority position. That means never losing control, never getting drunk, never getting into a fight, never trying drugs, and never being wrong.

Even if he's not a serial rapist, which he likely is... he's an alcoholic. He lacks the proper character to be in a position of authority.

I think the point I'm trying to make is no one is perfect.


Is something you did 40 years ago an accurate assessment of who you are today?


No , people do change. But if you committed a crime NO MATER WHEN IT HAPPENED, you should face the consequences of it.

There are exceptions but not when it is rape, attempted rape, pedos, sexual assault , murder, or attempted murder.

For the record I believe that sexual assault is almost as bad as murder and that rape is worse than both.

I agree with pretty much everything you just said. Although me personally, I think murder is definitely worse than rape.

The point of my thread was not to excuse a crime, but rather adding a realistic perspective.


You are a white male

I'm a white male and my dem friends will tell you I am one of the best people they know.

And they like me in spite of the fact that I KNOW there are only two genders. They listen without getting mad when I talk about good things that trump has done.

I'm a hard man. A real man. And my dem friends respect me for it.

I'm not proposing any sort of forgiveness. If he did the crime, he should do the time.

I think what I am trying to say is, everyone has skeletons in their closet. And if we were to hold everyone to the same standard, I bet Kavanaugh wouldn't look as bad as he does.

It doesnt, don't listen to that nonsense. What is important is striving to be a good person. If you make a mistake, acknowledge it and learn from it. It's called growing up.

As far as I am concerned, what that women described as "attempted rape" was nothing but teenage shenanigans in the 80s. If she was scarred for life over what she described then she already had mental problems. Talk about a whiny, drama queen.

I'm tired of sugar coating my feelings about this. I'm a female. I've had some REAL # happen to me in my life. And what Ford describes as happening to her happened to every girl who went to parties where there was drinking.

WE WERE CHILDREN. We were not grown ups.

Aside from that, I don't even think whoever the hell she believes "assaulted" her was Brett Kavanaugh.

As has been said repeatedly a sexual predator will not suddenly stop and become a straight laced boy scout after high school. They will be a life long predator *cough* (BILL CLINTON).

As a survivor of some nasty # I have contempt for that whiny drama queen I witnessed yesterday. She grew up a little spoiled white girl who hung out at "country clubs" and then went on to get her Phd .

If she had any real intelligence she would know that she cant be 100% sure of her memory from 40 yrs ago.

I think I've reached the end of my patience with this entire thing. Frankly, I'd like to beat her up she annoys me.

I don't know the Maryland criminal code (if that is in fact the state where this took place). Is sexual assault the appropriate charge? Granted, I haven't followed the case (I don't have a TV) but did he at some point remove his clothes, or undress her? If this was basically dry humping an unwilling dance partner, what specific offense was that in 1982, in the Maryland criminal code, or the code of some other state where this offense may have occurred?

The accusations don't meet any minimum for actionable prosecution that I can see. They still matter, but we are trying the man in the media, when his antagonists couldn't try him in a court of law...

Well said. Maybe except for the beat her up part. But to each their own.

You guys just showing you've made it through the grieving process on this one?

Just playing devils advocate while trying to add a different perspective. One that I believe will at least add some pause to the situation.

I did say it was going to be controversial.