Moths Caught Drinking Tears From the Eyes of Sleeping Birds

posted on Sep, 28 2018 @ 05:19 PM
link
You ladies & guys know I'm a bit of a nut when it comes to animals, I hoover up as much information about non-human earthlings as I am able to cram into that mushy mash of stuff in my skull. Of particular interest to me are the odd and unusual behaviors of creatures, such as the story I am sharing here about moths drinking tears from the eyes of birds (and other animals). It just never occurred to me that this was a possibility, but, a recent personal experience makes it all that more believable.

A couple of weeks ago I woke up for my usual morning routine of caffeine & ATS, only to notice some odd sensations on my left eye. Over the course of that day my entire eye became swollen, puffy, painful, and vision became impaired. I inspected it in a mirror and discovered two distinct reddish puncture marks smack dab in the middle of my eye-lid. Over the next several days the symptoms actually worsened to the point where I was nearly blind in that eye (and the lid was swollen shut), and vision in the other eye was slightly affected, too.

I found the most obvious culprit, a large brown house spider, living beneath a book-stand right next to my bed. Although it is said that they are "reluctant" biters, this one crawled into bed with me, climbed over my face, and took a giant spider sized bite out of my eye-lid! It took nearly 10 days for my vision to return to normal, and I have yet to overcome some uneasiness about falling asleep and becoming another arachnid happy-meal. 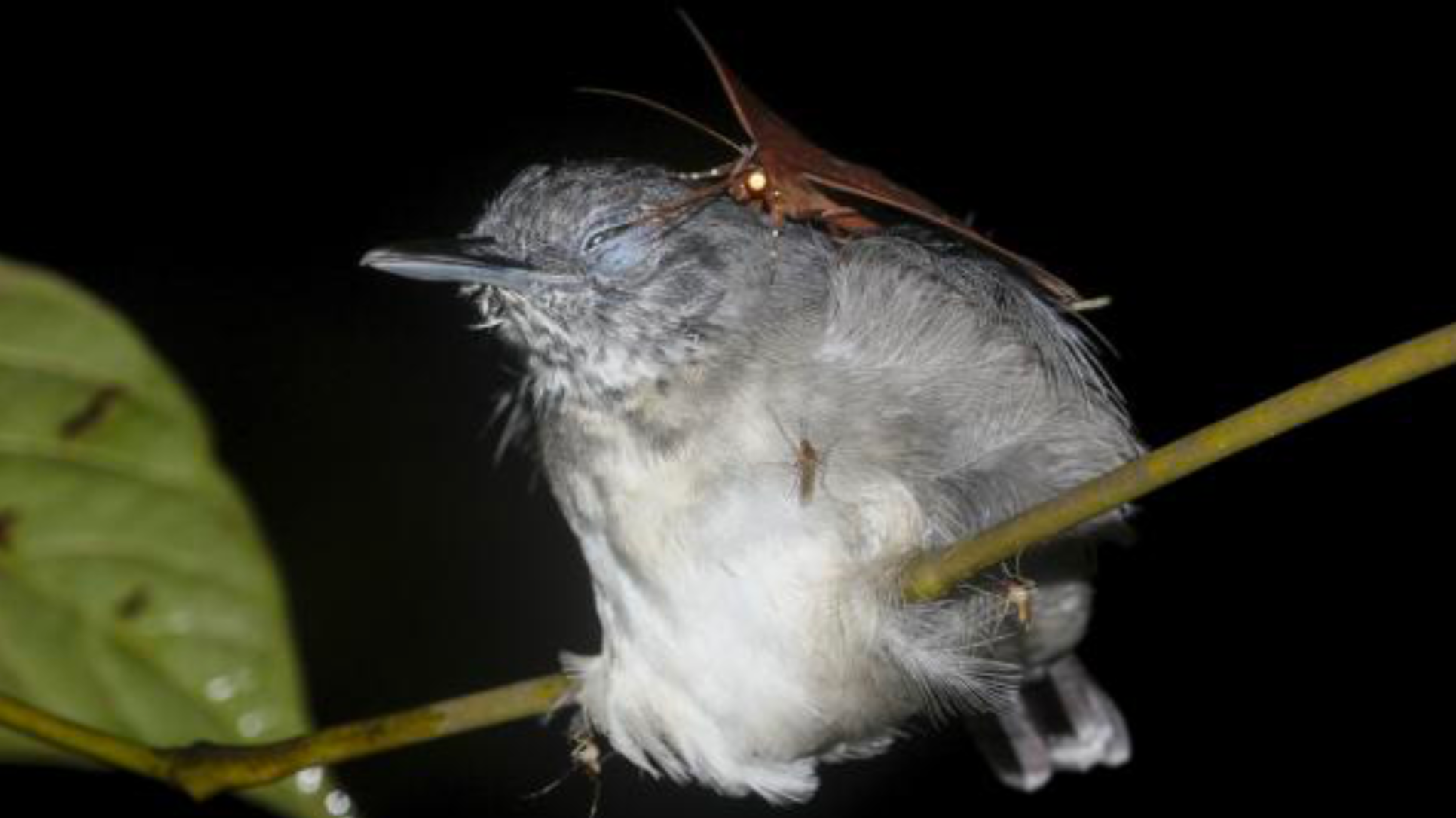 In an oddly poetic act, moths will on occasion drink the tears from the eyes of a sleeping bird. Sounds harmless, but this rare interaction is an unmistakably one-sided affair. Scientists actually have a word for this unique tear-feeding behavior, which they call “lachryphagy.” To feed in this way, moths gently insert their straw-like proboscis into the eyes of their unwary hosts, sucking out the nutrient-laden tears. Scientists have watched moths drink the tears from various mammals, and even reptiles like turtles and crocodiles. But on birds, not so much.


A new study published in Ecology is now just the third to document lachryphagy involving tear-slurping moths and their feathered hosts, the other two cases being in Madagascar in 2007 and in Colombia in 2015. This third documented case of moth-on-bird action was observed by Leandro João Carneiro de Lima Moraes, a biologist from Brazil’s National Institute of Amazonia Research, while conducting field work near the banks of the of Solimões River in central Amazonia.


This feeding behavior may seem harmless, but there is some risk for the birds, who aren’t benefiting at all from this relationship. Lachryphagy “may decrease the fitness of [a] target animal by increasing the chance of ocular diseases,” writes Moraes, adding that, tear-sipping moths prefer placid and slow animals, but “immobile sleeping birds may represent good targets for this behavior.” For the moths, the benefit is clear. The tears are filled with nutrients, such as sodium and proteins, namely albumin. The tears serve as a supplement to the moths’ diet, improving their flight performance and reproductive chances. Moraes says the sodium is a particularly valuable nutrient for the moths as it’s difficult for them to find it elsewhere in the region, which is susceptible to flooding.

Here's a photo of the species that most likely bit me, it was either that, or a Hobo spider: 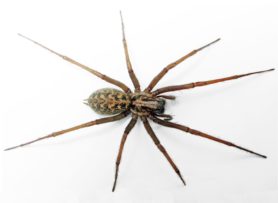 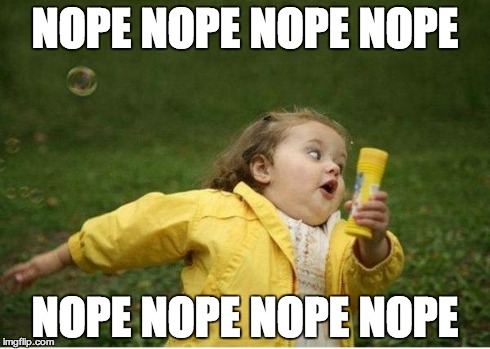 posted on Sep, 28 2018 @ 05:45 PM
link
That is a very cool and disturbing story at the same time. I love spiders and refuse to kill them. I actually think I have some responsibility to keep them fed throughout the upcoming winter since they are residing in my house, but they may just need to survive on their own.

You need a cat to hunt the spiders 🐱

Ya F# that snip.....I hate everything that fly’s and crawls.

I am very VERY sorry that you have been subjected to such a life altering event.

Thought you would find these interesting.

Years ago I watched a documentary on ants and how incredible they are. They farm caterpillars like humans do cows, then before they turn into a butterfly they throw them a goodbye party! I couldn't even believe it.

The other incredible thing is the crows have different dialects based on their location. Yes, some crows speak with an accent. They are also unbelievably intelligent, and can tell one human face from another. Don't ever ever throw anything at a crow.

We discuss a wide variety of topics on ATS, not just politics!

Welcome to the forums!

S&F extremely interesting. I've never heard of such a thing. This makes me despise moths even more.

Sorry to hear about your eye, but that really is a very rare thing to happen. I've always loved spiders, and they tend to end up on me all the time. I used to identify them as a child and still enjoy doing it. There was a brown recluse under my bed sheet about 2 years ago which I hadn't seen in a very long time. I caught it and gave it a new home away from my bed.

But moths. Ugh.... Moths... No thanks. Stay the hell away moths! I've always said I hate moths because I feel like they're aiming for my eyes, and everyone thought that was ridiculous. Well, who's laughing now? Probably the damn moths because now I'm more scared.

posted on Sep, 28 2018 @ 11:13 PM
link
Mosquitos drinking blood from the sleeping bird also, poor little guy is gunna have no fluids when he wakes up.
😩
a reply to: seattlerat

posted on Sep, 29 2018 @ 10:16 AM
link
I had something similar happen to me - had a spot on the corner of my eye turn brown and fail to heal. Couldn't understand why, despite scrubbing with soap and applying hydrogel (forms plastic coating over wound). Went on for a week or so. Then one night I'm in my bedroom, when I hear a scratching/ticking sound. Turn the TV down and listen carefully. I'd kept the windows closed for weeks, so nothing could creep in. Heard the ticking sound again, and was able to locate it to the curtain rail box above the window. Looked around, and suddenly saw it - a giant grayish/brown moth.

Sneaky little ***** had been using me as a food source for weeks. It's fate was sealed.

A similar thing happened to one of the models on ANTM . One of the girls had to give up her slot because she had something similar that wouldn't heal either.

This discovery isn't a meme but oddly enough happened around when this moth meme is gaining traction. I think the moth meme man has something to do with it.