originally posted by: ParticleNode
... it has become apparent that it's harder for the IC to control information now when news can spread globally at the speed of light and every random Joe with a drone and an internet connection can bypass security/information barricades. Imagine if the Kecksburg incident happened in 2018 - it would have been all over YouTube before NASA's recovery teams even hit the ground.

A perfect example of this was ATS's investigation of the O'Hare UFO in 2006 - no sooner had it happened, Springer was on the case, digging and digging whilst the forum followed the excitement and developments intently.

I only discovered that thread a few weeks ago and need to set aside time to read it properly, but have there been other examples of contemporary investigation by ATS of an ongoing 'big event'?

....have there been other examples of contemporary investigation by ATS of an ongoing 'big event'?

Obviously TTSA in the here and now. There are about 4000 threads on it. Many lack the biting satirical humour and hard evidence to make them an entertaining read.

But if you search for SERPO and you don't know anything about that then we'll see you after Halloween!

It would seem there was/still is interference with Rendlesham because we've heard from various characters. One commenting on Burroughs injuries who appears to have wanted his DNA. We also have the fairly recent 'alleged' revelations that Rick Doty saw a report on the Rendlesham case in 1984.

Strangely both of those characters crop up in the SERPO hoax too! What a massive coincidence

Maybe in earlier years they'd not have been rumbled so easy.

originally posted by: mirageman
We also have the fairly recent 'alleged' revelations that Rick Doty saw a report on the Rendlesham case in 1984.

Yeah, best if we draw a veil over Doty's nonsense during Moulton Howe's interview. Indeed, she was just as bad as him for not clarifying the document's known history as a hoax, dating back to the early-80s Butler/Roberts pub crawls.

Howe finally lost all my respect at that point.

Doty never had any to begin with.

Well the document Doty referred to is not known to exist as a bonafide genuine report. It has never entered the public domain. Although Doty claimed Wendelle Stevens had a heavily redacted copy at a Conference. He said it was a report by the US Air Force Office of Special Investigations requested by Secretary of the US Air Force, Hans Marks and over 150 pages in length.

Linda Moulten Howe was talking about a known hoaxed MoD memo taken from the MoD reports DEFE 24-1948-1 and talks about aliens.

So there were 2 documents discussed. The former was a document that only Richard Doty has claimed exists. The latter is a known hoax but Linda felt she'd claim it as genuine because that's what it says in her 20 odd year old book. Both people pushing these documents as real have no credibility amongst serious researchers.

Of course if Doty was discussing top secret documents on a public radio show then it still begs the question why is he not in jail?

The other report is supposedly with a sub committee according to Burroughs.

Having said that, I’m deeply puzzled by why Burroughs feels that everything is solved and the job is done.

I’ll say it as the only way I can see it.

John has been offered something to wrap this up.

I’ll go for the TTSA delays, the sudden backing off on Rendlesham as being all connected to November mid terms.
edit on 27-9-2018 by ctj83 because: (no reason given)


Is Dugdale also in favour of colleague Brenda Butler's contention that she'd made regular contact with ETs at Rendlesham for over 30 years?

The BBC even show Brenda warming up for one of her evening concerts... 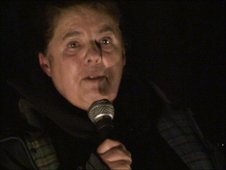 
originally posted by: ctj83
a reply to: mirageman

I only read it today for the first time, and as mentioned, I immediately assumed it was a deliberate satire - Monty Pythonesque, even.

My guess is that it came from Ralph Noyes. He joined the Randles / Butler / Street team soon after and then debunked it.

According to ufologist Graham Ennis, Noyes was also part of a quasi government ufo group with occult beliefs.

Doesn’t prove anything but suggests that in the U.K. a certain none official group was messing with Randles and therefore the RFI.

Absolutely true, how anybody could take Doty serious on anything is astounding.

I like Ronnie. He's a wholesome sort of guy and has been one of the few locals to follow the case since it began.

But he seemed to base his endorsement of the Doty report on what he'd heard about American intelligence agents staking out on a drug bust at Woodbridge/Bentwaters during the incident. Which Doty repeated on the radio show linked earlier.

All I can say to that is that if a British civilian knew about that story then why the hell would Doty not know that? Doty being an Air Force intelligence agent himself during that time and for a long while afterwards.

To me that proves nothing.


I know. That memo looks like something I would write for a laugh. Although I am not claiming responsibility for it.

Unless his injury was actually pre-existing or caused by some
other facet of his military service having nothing to do with
RFI.

I'm glad JB got his medical/disability however.... the Military
doesn't always take proper care of it's veterans.

Yes, john could have been injured somewhere else during his service, listening to his radio show it would appear that he was involved with other classified activities.

That "TTSA bus to Moo Moo Land" graphic still has me laughing.
This is a great reading thread, for sure. Thanks!

Who has a mental illness???

I don't know, who has a mental illness?

While you prepare your punchline, I suggest you glance back at my specific use of "even if".

originally posted by: mirageman
Linda Moulten Howe was talking about a known hoaxed MoD memo taken from the MoD reports DEFE 24-1948-1 and talks about aliens.

"According to OSI, entities with claw-like hands with three digits and an opposable thumb."

Eeek...did they have yellow eyes too I wonder?

Sounds to me like they got a visit from the Cabiri... 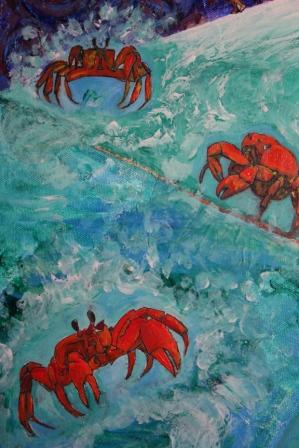 ...which is nothing for any one to worry about...oath breakers excluded.

That show was hardly Jim Pennochio's finest hour. He has since claimed he was ill during that interview.

I am assuming this was not a physical illness as he was still able to speak and did not mention anything about feeling unwell to host of the show - Angelia Joiner. He may well have had similar cognitive problems at the Woodbridge conference too as this took place a month before. If this was the case, and he still suffers from similar problems today it may explain, in fairness, why Jim's story is unbelievable and he is unable to speak publicly very often. Preferring facebook where he can delete posts that are not by people cheering him on. Maybe his condition has worsened? In which case why do people believe his story?


When asked if he ever told John Burroughs about him having these binary codes prior to the Ancient Aliens shoot...

Angelia Joiner: "Now did you ever tell John about it, or did he just recently learn about it?"

Jim Penniston: "John knew about it, uh..somewhat. I mean he never seen the actual coding of it, no, at the time.."-

John Burroughs: "I didn't know about the codes until October" (2010)


When asked why he withheld the codes for so long (30 years), and why there were only gave 6 pages originally handed over to be decoded instead of all of them, and If theses pages he did handover were in sequence...


Jim Penniston: "Because they didn't mean nothin to me. I didn't even know it was binary code, ok... honestly."- 30th Anniv Conference Dec 2010, in reply to audience member

Jim Penniston: "Angelia, 1's and zeros... I don't know what they mean, deciphered or not. These are what the experts are saying it says. I mean I don't know how to do that, its beyond my capability." - Joiner Report Jan 2011

Jim Penniston: "At the shoot the film people were saying we should get those decoded...I said yeah we could, but its probably just gibberish."- Joiner Report Jan 2011


Jim Penniston: "Yep, in sequence..the first six pages. First of all I just thought they were gibberish, I didn't think they were going to say anything"- Joiner Report Jan 2011


Jim Penniston: " I knew what those 6 pages said before they were deciphered." - later during same interview, Joiner Report Jan 2011

The most embarrassing revelation was that Pennochio actually knew what the binary codes meant before he knew it was binary code and before they were decoded.

Jim Pennochio - An officer and a mental man?