lol....playing with fire on that one. lol

I highly doubt Jim will cave in to anything MM. I'd say something is cooking in the background re all that though?

I highly doubt Jim will cave in to anything MM. I'd say something is cooking in the background re all that though?

When you say cooking!!!!

I can now reveal that all the key actors were actually invited onto a couple of Come Dine With Me Rendlesham specials just before Covid-19 spread across the globe.

If you don't want to know what happened then click away now...... 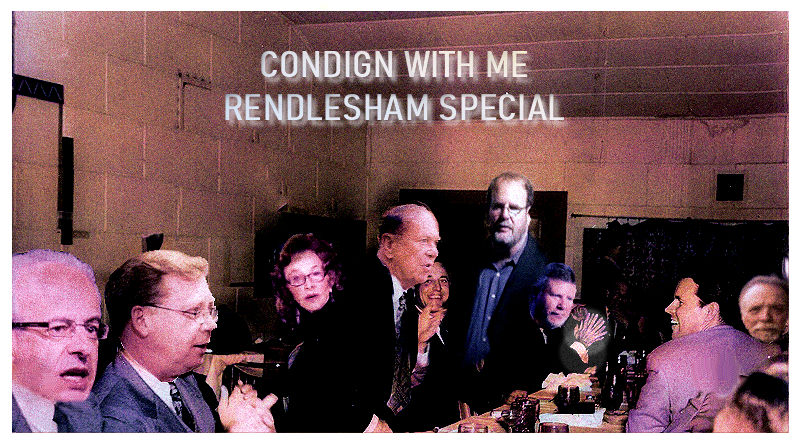 It was filmed in a place called the Lighthouse Restaurant. Even though everyone will deny it was 'The Lighthouse'.

🍽️ Colonel Halt originally sent a memo inviting everyone but mixed up the dates. The result was everyone turned up all on the one evening. Although the times everyone began eating is still being disputed. Jim claims he walked around the table for 45 minutes in the dark, taking notes before anyone arrived. He even has a diary to prove it.

🍽️ Ed was there somewhere, but Jim claimed he'd stayed outside back in his jeep and he never got to sit at the table.

🍽️ Jim kept adding things to his own menu as time went on. Despite originally claiming he'd never been within 50m of a kitchen!! Along the way he pretended he didn't even know what a recipe was. But then later claimed he'd had a download one morning and served a pile of baloney as usual.

🍽️ Larry fed everyone some exceedingly huge whoppers he'd rapidly cooked up by himself.

🍽️ Gary kept saying he would rustle up a Capel Green Salad.to go with Larry's whoppers. But kept delaying it until everyone felt he'd just been taking the pea.

🍽️Nick was heavily criticised for claiming he was head of a Special Kouru Dough Project. As later his former employers said he did little more than answer questions from customers on the telephone.

🍽️ Linda resigned herself to the same old alphabet soup recipe she'd been serving up for decades. But as usual nobody noticed her doing it.

🍽️John was the final one to chef up and served a fish and loaf meal with wine for a last supper. But he rapidly got annoyed with everyone when he didn't win and took his food and wine home with him....

Talking of St Nick you can subscribe to some kind of UFO mag to learn of Nick's alleged abduction and the other sins he is been accused of ( 10 quid a year). Mantle should open a laundromat as he's on a super fast spin cycle just now.

posted on Apr, 29 2021 @ 04:18 AM
link
a reply to: have you seen the photos that have recently come on the net, from tree different witnesses that were allegedly taken over the Xmas 80 period, two have said they were taken in or near the forest and the other just says somewhere in Suffolk, as they have all appeared over the past week or so I'm thinking more BS.
1st one taken by woman from garden somewhere in Suffolk on Xmas Eve.
second, several photos taken by someone poaching in the forest at the same time halt and his merry men were nearby...lol.
And third, a Polaroid photo taken by a police officer on the 26th, early hours, all come with a long story attached, someone is up to no good me thinks.

Argh, yes Wobb . Was reading about that drunken retired police officer who won't tell his name and all the rest of the jumbled up mess. I say drunken, as according to the drool it caused him to hit the bottle. Do you want me to carry on?

More tall tales to keep us entertained I guess.

John also told this in March.

posted on Apr, 29 2021 @ 01:04 PM
link
Can't believe John is getting excited about that photo and rubbish story with no proof or checking. a reply to: Baablacksheep

I call BS on these 'new' photos. There is no real context at all and they show nothing of interest. Unless you are someone who believes every UFO story and photograph produced.

The last photo allegedly taken by a police officer has a very complex back story about a nervous wreck who took to the bottle afterwards.

The timing of the sighting is said to be 1.55AM. We've covered it in the past and it is officially documented in a Suffolk Police report. They were called at 4:11am on Boxing Day (26th Dec 1980) from Bentwaters LE desk and the Woodbridge Police officers PC King and PC Brophy attended and reported nothing unusual. They were the only local night shift officers (18:00 - 8:00) on duty until the 27th Dec 1980. Neither of those officers have ever reported having photographs of the incident or drink problems afterwards.

So the story is highly suspect and almost certainly just another hoax.

I'm not surprised re John at all.

I will leave it at that.


It's become boring and a few gullible ones will lap it all up.

posted on Apr, 30 2021 @ 05:39 PM
link
yes, I believe the three different sightings are a fabrication from the same person, like the woman who wanted to remain Anonymous that said her mum took a photo from their garden on 24th December in suffolk but wouldn't say where or let anyone analyse the photo or the roll of film. total BS. a reply to: mirageman

posted on Apr, 30 2021 @ 11:05 PM
link
you would think that this alleged photo would have been released, like as soon as it was developed

Well it's been peddled around and of course it's BS. The one interesting thing though is John Burroughs found it interesting. I wonder who is behind all this nonsense?

Philip Mantle was very quick to spin stuff out too. He should know better than spinning out never ending nonsense which ultimately damages the case.

Hmmmm. I would think the public by now are past the tall tales the case often provides?

originally posted by: wobbs62
yes, I believe the three different sightings are a fabrication from the same person, like the woman who wanted to remain Anonymous that said her mum took a photo from their garden on 24th December in suffolk but wouldn't say where or let anyone analyse the photo or the roll of film. total BS. a reply to: mirageman

It's quite possible these are all from the same person. But ultimately it doesn't matter. Because finding an objective truth and solving a mystery is not the purpose. It is merely to keep stories afloat and provide 'entertainment' discussion points for the ufotainment industry. Which for some has been a nice little earner down the years. There's no copyright attached to a UFO story. So why solve it? Why not just discuss what might have happened for eternity?

Previously people were limited to magazines, books and conferences. Then came bulletin boards and web sites and forums. Since the advent of Youtube and podcasting we have seen a mass growth in low quality amateur UFO talk shows. Every one has their own 15MB of fame!!!

It's the same folks appearing on the same shows, repeating the same mantra. They are allowed to largely go unchallenged with their assertions. All because the host is totally credulous or more likely afraid they will be ostracised and guests will not return. So myths are built and allowed to flourish and grow. Gullible people consume the stories and believe them.

Look at Rendlesham and how it started. From those unexplained lights to the pantomime it is now [oh yes it is!] with the principal actors all vying for a leading role.

I hear all you say about all of this MM, I really do. The latest now is if you write a review for Johns new book, you can get it free of charge. Well one would have to be quick , it seems the first five to message him will get a free copy.

posted on May, 1 2021 @ 04:10 PM
link
Oh, it certainly being flogged to death and every penny squeezed out of it, I believe these stories are purely to keep the bandwagon rolling. a reply to: mirageman

Well if it helps any there is a load more to come, so the cash cow must be on it's last legs by now. In honesty though the books won't earn much, but conferences are a different matter. I did note that Gary Osborn is full steam ahead, this time on Graham Hancock's site.

Anyway five lucky one's will have received a free book from John in exchange for those reviews. Still waiting for them to tell their tales straight.

posted on May, 3 2021 @ 03:28 PM
link
Meanwhile in the forest, they had to open the overflow car park as it was so busy over the weekend, all those people , someone is missing out on a few shillings of merchandise sales.a reply to: Baablacksheep

"New" RFI UFO photos that someone only just decided to release all these years later, that were took days before anything was actually reported! Fancy that...

One of those pictures looks like they borrowed Bledsoes Camera Lens - it also looks like they took a photo of an old Ford Capris Dashboard with all the engine management warning lights on.

Yes another farce, but John Burroughs giving away free books in exchange for reviews took the cake.