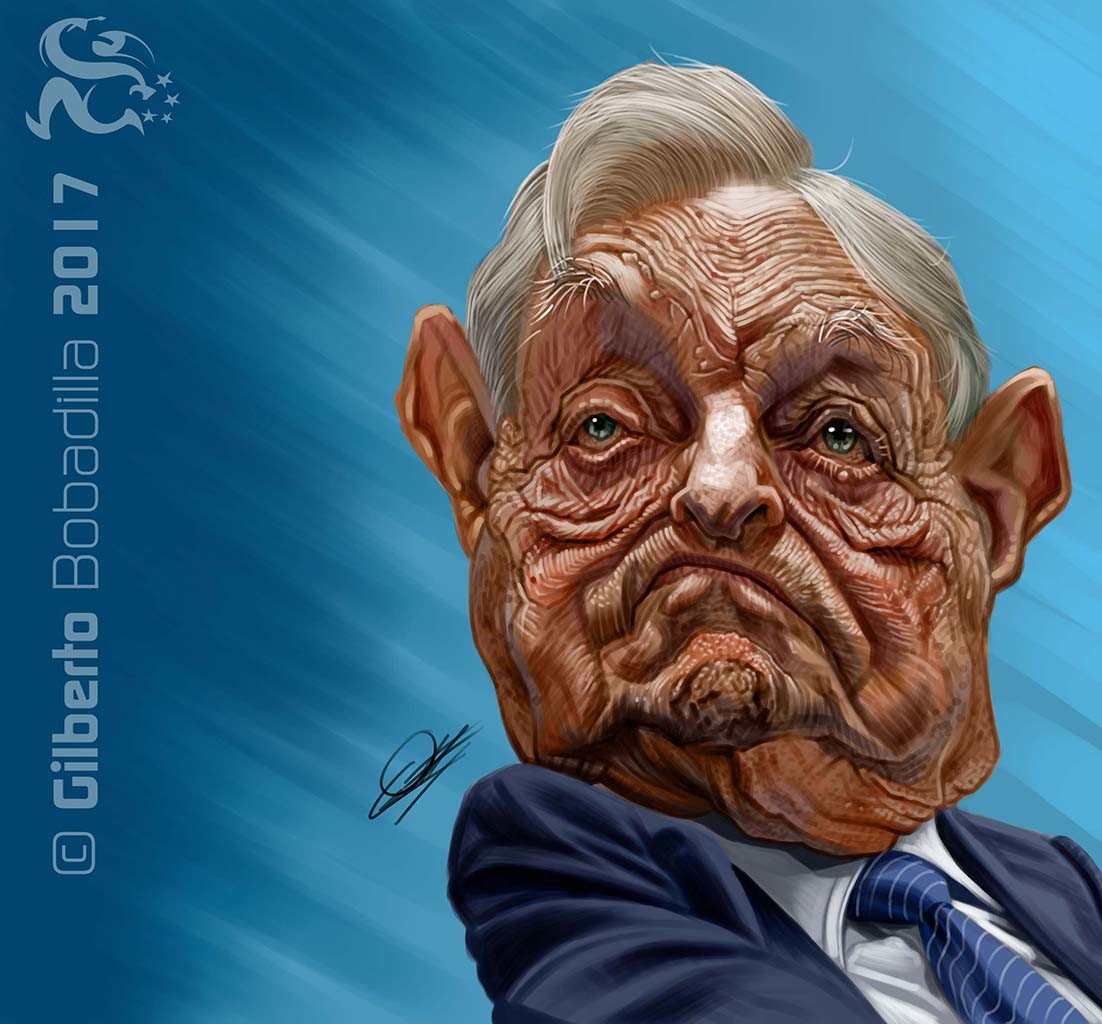 As we approach the true Age of Immortality, there's one angle it seems to me is being overlooked: that our heads continue to grow as we age.

For many individuals its a more subtle effect, but for others its almost brazen. For some years now I've maintained a keen eye towards observing this process, as one of my many internalized semi-conscious subroutines, and the effect is quite staggering in some cases.

For some of quick science talk:


Noses and Ears Continue to Grow as We Age
Do you think you stopped growing at age 18? If that’s true, how come the older you get, the bigger your nose and ears seem to be? Ok, you might find some teenagers with large noses, but big ears are just not found on young people. Well, here’s the news flash: it turns out that scientists in Italy have confirmed - ears actually do grow as we age.


Cranium Changes
There's a new wrinkle in the battle against looking old: Doctors have discovered that it's not gravity that's pulling your skin down—it may be your shifting bone structure. While many think the Earth's gravitational pull is to blame for sagging facial features, researchers at Duke Medical Center have discovered that changes in the face's underlying bony structure may be the culprit. And those changes appear to occur more dramatically in women than in men. "This paradigm shift may have big implications for cosmetic eye and facial surgery," says Michael Richard, assistant clinical professor of ophthalmology and an oculoplastic surgeon at the Duke Eye Center.


Age Changes of Jaws and Soft Tissue Profile
Age-related changes of jaws and soft tissue profile are important both for orthodontists and general dentists. Behrents [1] reported that craniofacial growth does not stop in young adulthood but is a continuous process even into later ages. The units of change are small but change in the craniofacial skeleton has become the operational concept rather than termination of the process.


Why Is My Face Changing Shape as I Get Older?
Two decades of healthy growth, followed by four to eight decades of slow-motion physical and mental collapse—that’s life, for most of us, despite the efforts of various deluded cranks and tech billionaires. Time spares nothing, and seems particularly to have it out for our faces, paying just as much attention to skin-level deformations (worry-lines, wrinkles, tumorous outgrowths) as it does to the large-scale hollowings and saggings which, over time, change the actual shape of our faces.


When does [sic] skull stop growing?
Unlike long bones whose growth plates fuse at the end of puberty and hence why we stop growing, the same does not apply to the skull. That is why in a number of hormone diseases such as acromegaly with excess growth hormone or Padget's disease, the skull can still enlarge as an adult.

I know, I know, many assert that the skull itself merely changes shape as it ages. But not all do, while few I surmise actually have maintained an eye for this sort of thing. Start looking for it as you watch entertainment stuff, and you should have no problem spotting it too.

But for some fan favorites around here: 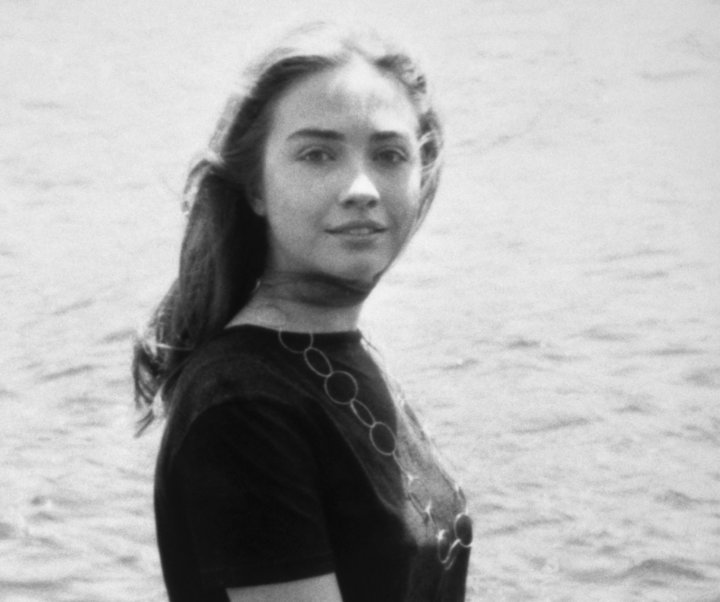 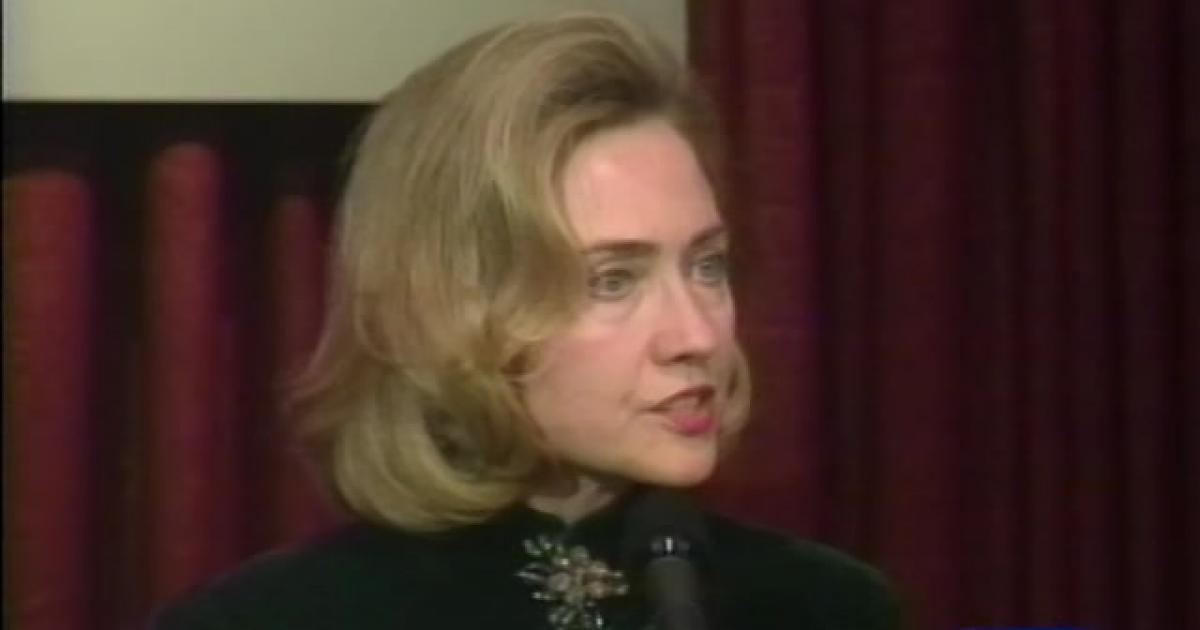 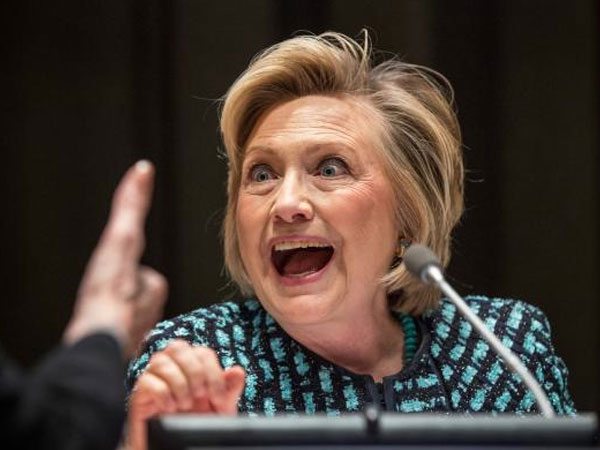 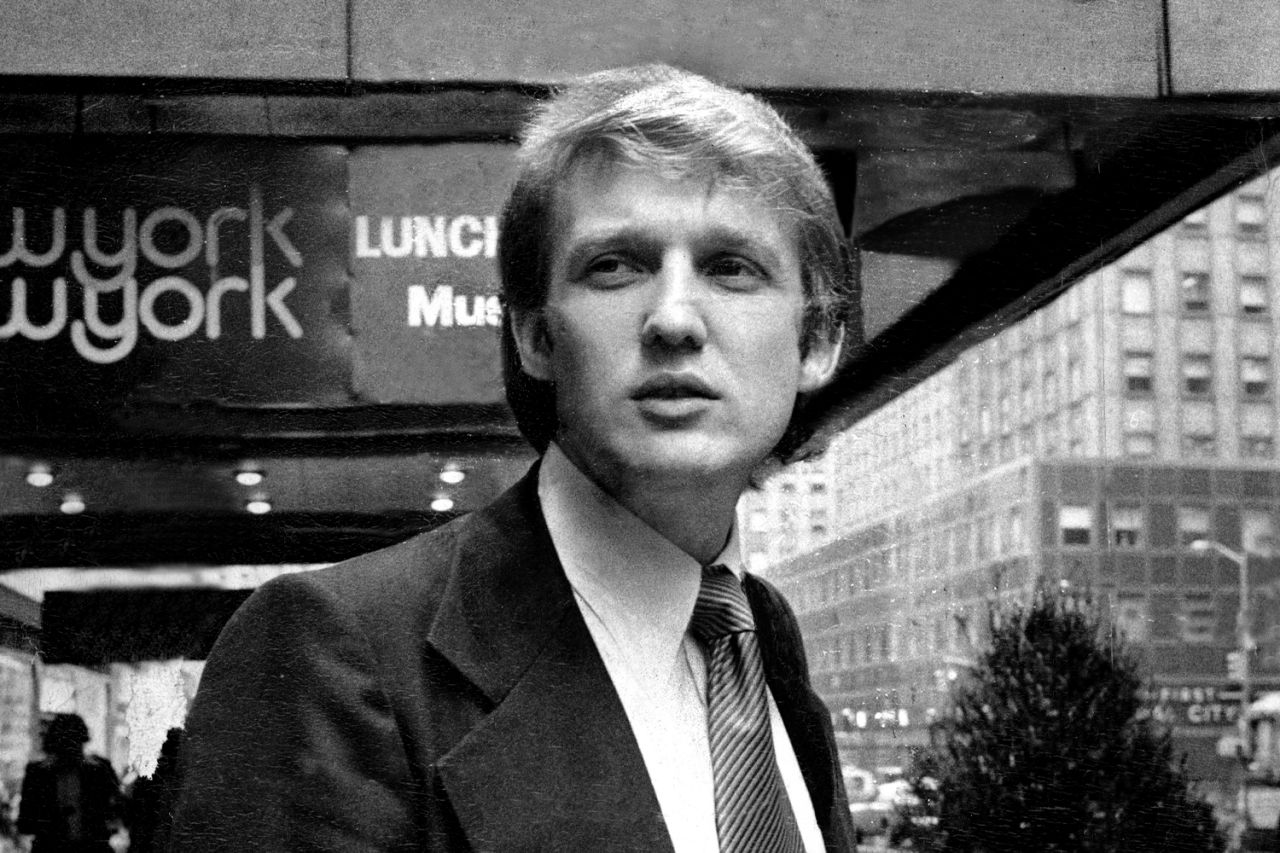 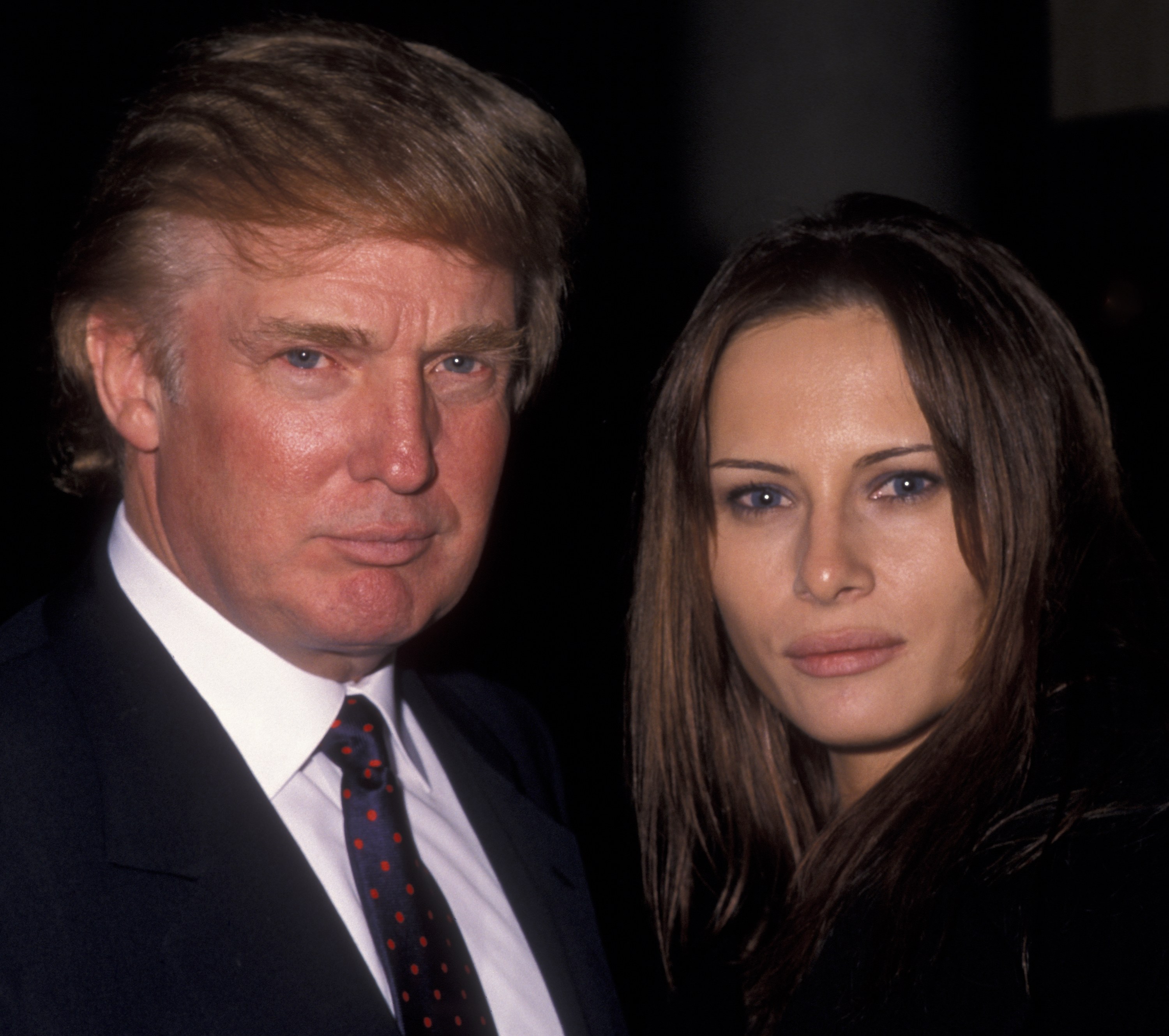 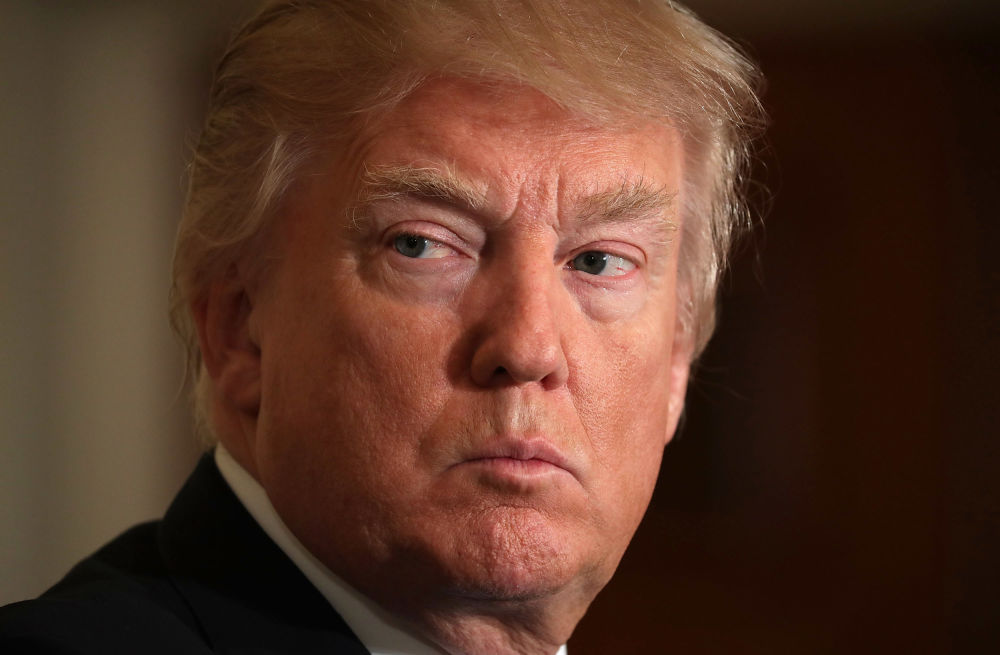 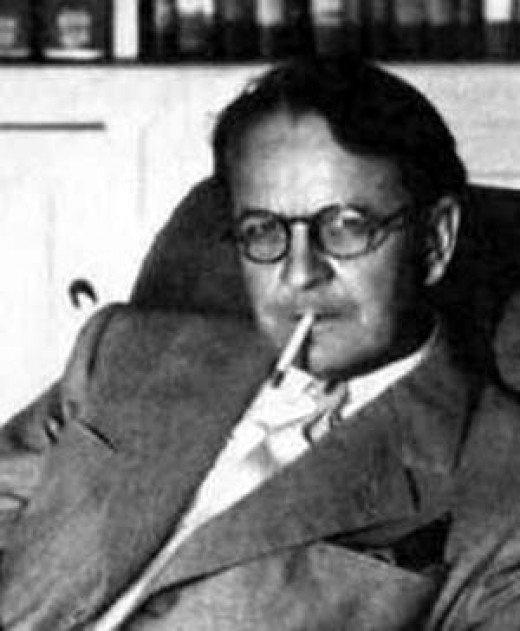 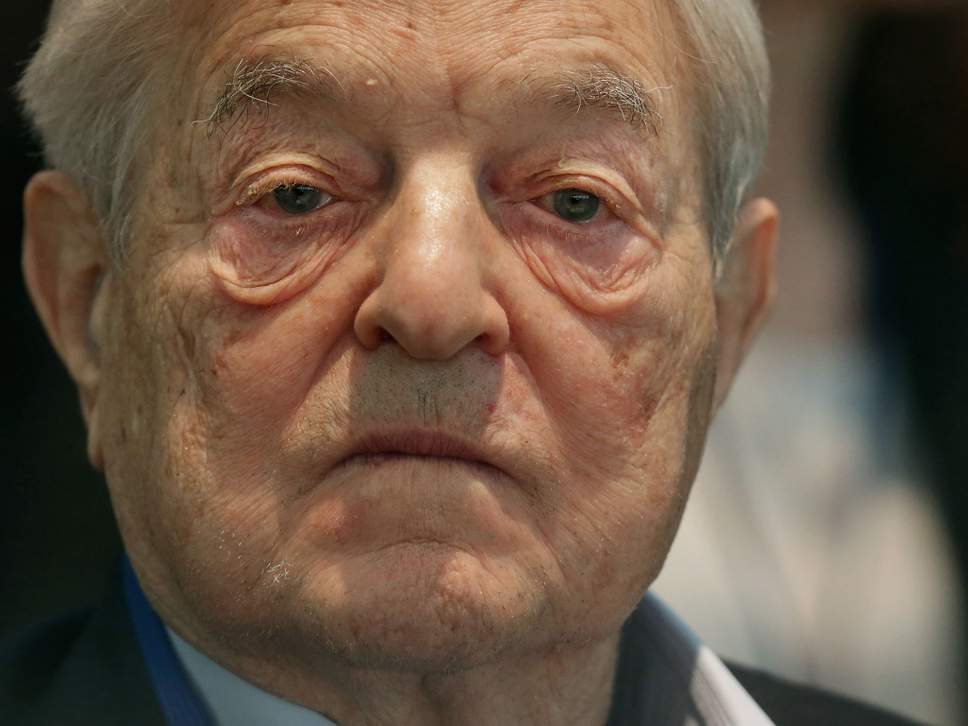 Now take a good look, sure fat can account for some of it, but I insist that there's more to this. Especially when these people expect to be able to live for 1000 years or more assuming they manage to survive the next 30.


Do Our Brains Keep Growing As We Age?
Researchers once took for granted that human brains stopped growing new cells after a certain age. This is true in mice and non-human primates, and would explain why aging adults lose plasticity and other brain functions. But a growing body of research has begun to challenge this idea. The latest, reported in Cell Stem Cell this week, found evidence of new neurons and their stem cell progenitors in brains as old as 79…some with numbers of neurons on par with younger brains.


And then there's the argument the brain decreases in size during aging, but with these brain obsessed Transhumanists (whom are bent on also implanting all manner of nano etc implants inside their skulls), and its soft tissued form, if they succeed I expect that will be one of the first things they sort out. But stopping the bones from 'aging' (growing yet more in response), now that's a real enigma if I had to guess they had one first and forehead most. 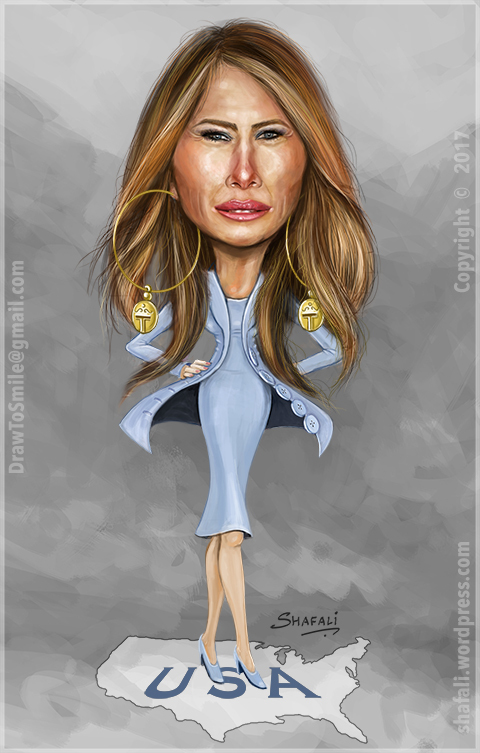 I would be happy to touch any part of Melania, by no means.. any part of Don...mind you Hillary was almost, something close to attractive early on...damn if the dark side of the force doesnt take its toll.

I posit a spiritual component lends itself to this process...damned if Soros doesnt look like a well fed Smeagle now.

It really is true about one's facial feature changes. when I was in my 20's I had a very angular face .. As I aged my facial features become more rounded. Getting old for some is really bad in the looks department but luckily many do not seem to mind for the chasing and running days are over. youtu.be...


A thread about living to 150 might be in our near future..www.abovetopsecret.com...

ya know, I watched the videos...theres a few people that didnt fair too well in our overly physical meter of beauty...but for the most part...they all aged beautifully.

I dont subscribe to the modern vanity of fillers and surgery. Not thinking you do either...im sad for humanity and our hubris
edit on 22-9-2018 by BlueJacket because: (no reason given)

There are species of animal out there that do not ever actually die. Immortality was already figured out by Nature.

We as humans though, are naturally scared at anything we do not understand.

originally posted by: BlueJacket
a reply to: BrianFlanders

I would be happy to touch any part of Melania

But if you look at her nose, it looks exactly like Donald's nose. And so do her cheeks and eyes. I think Trump is attracted to people who look like him. And it looks like she had something wrong done to her lips because they don't look real. They have that odd inflatable sex doll look to them like so many out of touch female celebs have nowadays.

There is a rumor though that the real power behind the TPTB are a group immortal individuals that somehow used Dark Magick to sustain their lives hence why there is an occult connection.

The comic book the Secret History, the Netflix show Iron Fist and other media features groups of powerful people who somehow became immortal through mysterious means.
edit on 9/22/2018 by starwarsisreal because: (no reason given)

"Good times", as they say, but if all that were true the David Rockefellar and Steve Jobs would still be alive, and the Google Boys et al wouldnt be literally hellbent desperate to create tech that "ensures" they wont be joining then.

posted on Sep, 22 2018 @ 10:34 PM
link
The truth of the matter is that the worst people in the world are always team players. And that's why they always win. As soon as you join a team, you give up the high ground and become just like them. Either way, they win.

I'm not talking about Rockefeller or Jobs. I'm talking about people that are far older than them. There is a thread about how the TPTB orchestrated the French Revolution.

These people are probably centuries old and Rockefeller and others are their puppets.

Does anyone else think that eternal life would suck?

Depend on the ability of the Avatar you control and the beings around you.

I would not mind spending a coupe of billion years in one Avatar if it is the right avatar.

Being an in an ant avatar would probably be boring very quickly.

Being in a human body (3000BC-2100AD) on earth without and energetic bliss mode is being in a hell experience from my point of view.I normally get very tired of humanity/insanity after a few decades of experience.

Being in a Cat Avatar playing and purring seem to be a quite pleasant experience so I would not mind being that for a couple of hundred years.
edit on 23-9-2018 by LittleByLittle because: (no reason given)

Even if you could pick the perfect body, or change bodies at will, you are still stuck with one thing: your memories.

The memories of your family, long past. The memories of cherished pets. Even of things that you once loved, a piece of jewelry, a car, a favorite song. All your past would eventually become lost in the mists of time. The things that make you the unique person that you are would be irrelevant and forgotten 1000 years from now. Life would be an eternal chore of re-inventing yourself every 20 - 30 years, or even less.

After 200 years of that, I'd be putting a Varon-T disruptor to my head.

Most of the plastic surgeries I can notice look disgusting. Like those Courtney Cox images I saw someone post the other day ick. And they are the Transhumanists 1.0. Good luck with that!

That all means you're a "Deathist" (person whom expects to die in their life), which is contrary to being an "Immortalist".

This is a very interesting thread.

But I can't get over how hot hillary was back in the day!

I've never seen her that young before.


But if you look at her nose, it looks exactly like Donald's nose

Lol they do look related in that pic.

If I didn't know who they were and you told me they were siblings I wouldn't question it.

Just goes to show how alike all us humans really look.

I think an alien race would be hard pressed to tell most humans from one another.