posted on Sep, 22 2018 @ 10:11 AM
link
Iran was having a military parade in the city of Ahvaz marking the anniversary of Saddam Hussein's attack in the eighties when they came under attack by gunmen that were wearing their uniforms. Some of the casualties included journalists and even children. This kind of unrest is not typical in the South of Iran. Perhaps the people have finally gone hot with their revolt??


Commander of the Islamic Revolutionary Guard Corps (IRGC) for Khuzestan Province Hassan Shahvarpour announced that a "four-strong terrorist team" were responsible for the attack earlier in the day in Ahvaz, capital of the southwestern Khuzestan province, on Saturday, that killed at least 24 and left 59 wounded. "A four-strong terrorist team in disguise attacked the parading column from a pretty close range, where there is a forest park," stated Shahvarpour, adding that "three of these [terrorists] were killed. Two were killed on the spot and one had sustained injured and they took them to hospital where he died. A fourth person was arrested."


An army parade in the southwestern Iranian city of Ahvaz has come under attack. Journalists and children are among those shot in an assault that has reportedly left over 20 people dead and more than 50 injured.

Gunmen opened fire from behind the stands during a military parade in Ahvaz on Saturday. The event was attended by members of the local elite, including the Ahvaz governor as well as high-ranking clerics and MPs. Shooting broke out several minutes into the event, which featured troops from the Iranian Army’s 92nd armored division.

The attack has left as many as 25 people dead, Iran’s official IRNA news agency reported. Some 60 people were wounded, including women and children. Journalists covering the parade also came under fire.

The assailants were apparently wearing military uniforms, and the attack lasted for about 10 minutes. It is said that all four attackers were neutralized.


It is important to remember that this was not a terrorist attack but a regular attack. See, none of our news is calling it terrorism, and thats why I kept it out of the war on terror. Sometimes attacks just happen.

How West sees it differently
The Western and Saudi media have refrained from terming the deadly attack in the Iranian city of Ahvaz a terrorist act despite the large number of civilian casualties in the incident. 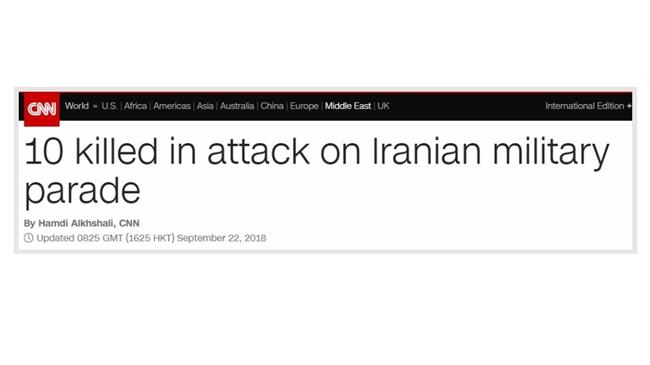 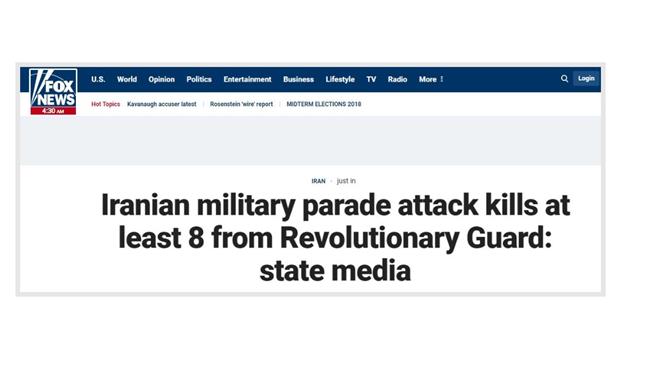 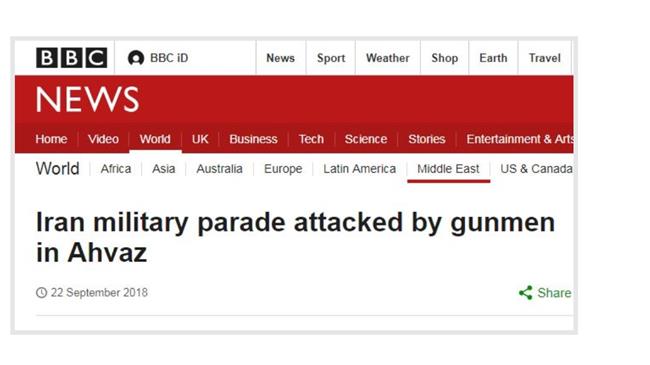 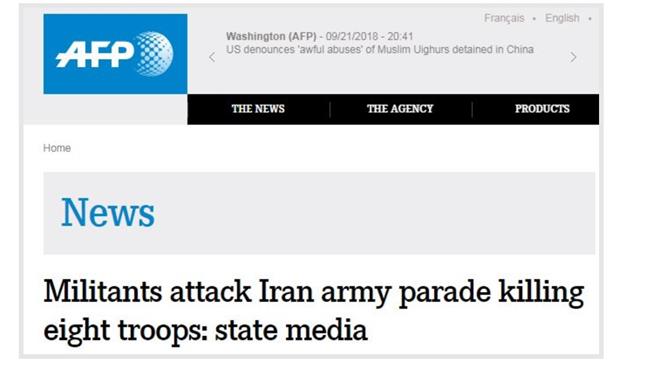 So what do you guys think?? Regular attack, crazy people, terrorism, civil uprising?? I always believe the domestic news because the news only tells the truth and is always honest, so this is not terrorism.
Perhaps they are losing control of their population with their uncanny disdains for personal liberty and the citizens have had enough.

posted on Sep, 22 2018 @ 10:30 AM
link
There's long been a quiet war between the IRCG, who want total religious control and no ties to the outside, and the moderates, who want to break the control of the religious leaders, and create ties to the West. It's periodically gotten hot. Part of me would love to see it go hot, because the moderates would ultimately win, and seeing Iran peacefully Integrated with the outside world would be good for everyone. But the cost would be brutal. The IRCG would not hesitate to massacre on a large scale to hold power.
edit on 9/22/2018 by Zaphod58 because: (no reason given)

Some Images from the area. 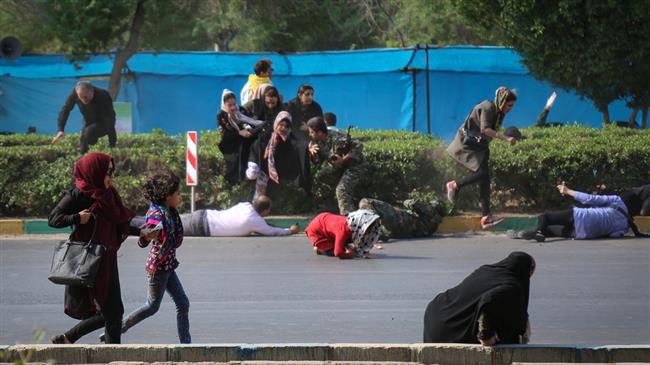 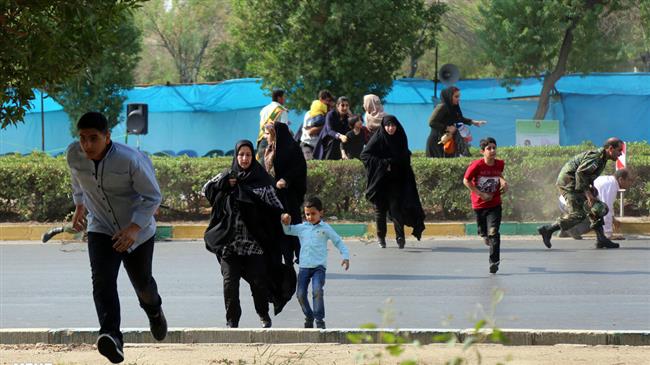 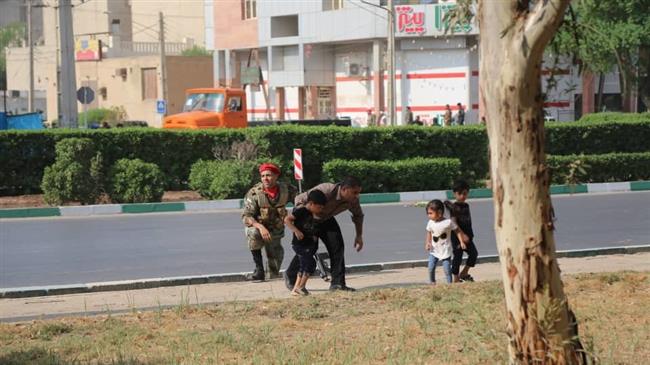 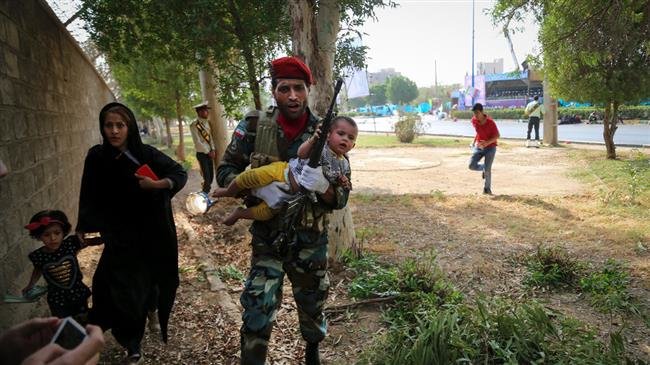 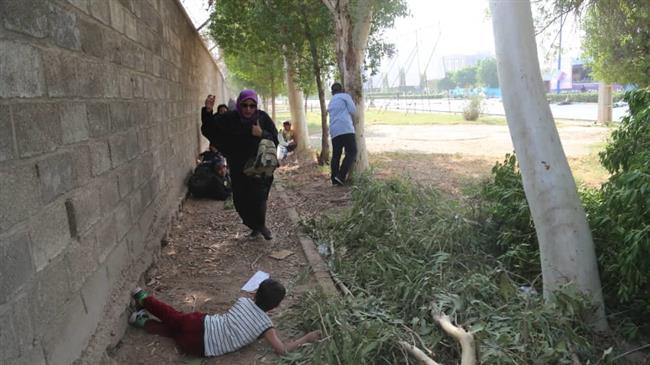 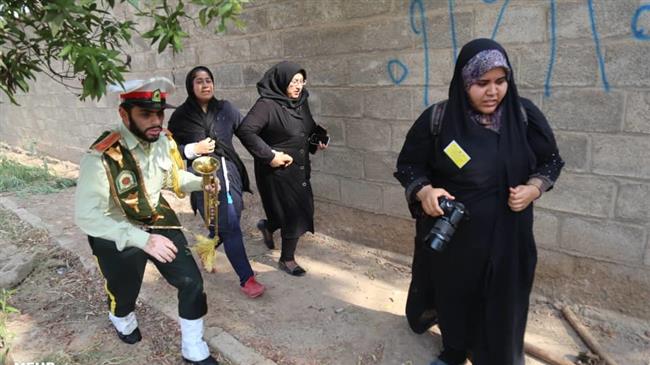 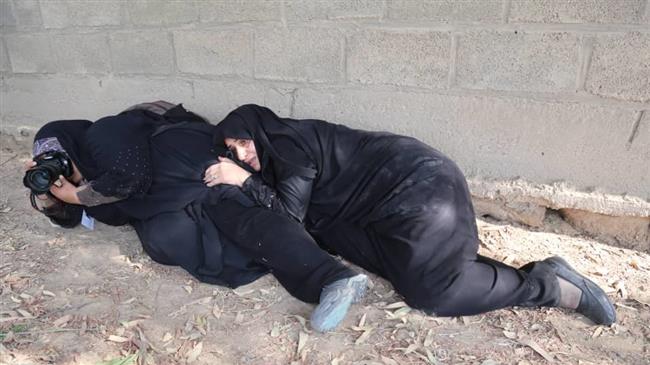 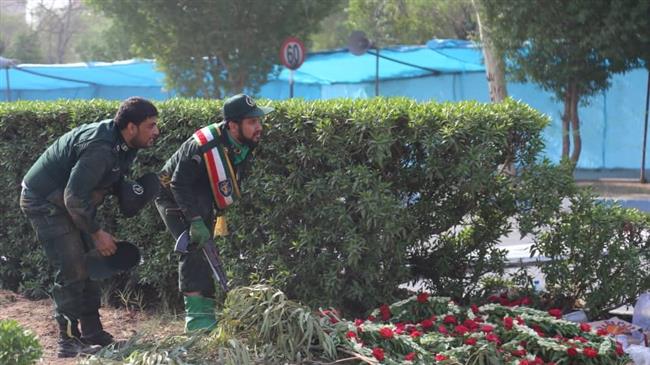 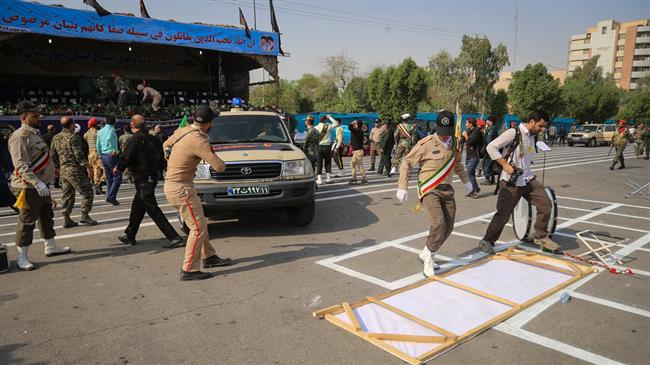 On Twitter, Iran's Foreign Minister Javad Zarif pointed the finger at a "foreign regime" without elaborating.

Terrorists recruited, trained, armed & paid by a foreign regime have attacked Ahvaz. Children and journos among casualties. Iran holds regional terror sponsors and their US masters accountable for such attacks. Iran will respond swiftly and decisively in defense of Iranian lives.


Pfft.. sure the U.S. is responsible. Because noone else in that region can get military uniforms and weapons. They are trying to pull the U.S. into a war. They have already been sending missile systems to allies in Iraq, Syria and Yemen.

Saudis probably being blamed for sponsoring the attack, or Sunni Yemeni groups.

Can't imagine any other the Iranians could try to blame.

I think Iran's days of being an extremist Theocracy are going to come to a bloody brutal end eventually.

Unfortunate for the Iranian people and the innocent people caught up in this insanity.

posted on Sep, 22 2018 @ 10:45 AM
link
a reply to: Bigburgh
I will tell you something, this event is being shadow censored. The videos that will not playback due to error still playback just fine inside of youtube. However, it will not be long before none of these videos work of that I am certain.
I would upload them on my own youtube channel, but then they will just delete my account for a third time and I will lose everything else already there. So we will just have to live with the inconvenience of physically opening a new tab to view it in youtube. I am still pissed off about some of the Mosul battle footage I lost as a result.

As of this writing, the finger is being pointed at a Saudi and UK backed group.


"The individuals who fired at the people and the armed forces during the parade are connected to the al-Ahvaziya group which is fed by Saudi Arabia," he said.

Sharif said the shooting is not unprecedented and the group which is also supported by the UK has attacked convoys of those visiting the former frontlines in Saddam's war on Iran in recent years.

But it is not unheard of for Iranians to lie for their own agendas as well.


Perhaps they are losing control of their population with their uncanny disdains for personal liberty and the citizens have had enough.

Or perhaps its that time for Giulianis and the MICs plan to start the "Iran Spring" with the help of the CIA.

The Mullahs are stealing the peoples money LOL


Trump lawyer speaks at Paris event staged by MeK, once listed as terrorist organisation and widely seen as a personality cult

Giuliani spoke to the National Council of Resistance of Iran (NCRI), an umbrella coalition largely controlled by the Mujahedin-e-Khalq (MeK), which was once listed as a terrorist organisation in the US and Europe and is still widely viewed as a Marxist-Islamist cult built around the personality of its leader, Maryam Rajavi. “We are now realistically being able to see an end to the regime in Iran,” Giuliani told a crowd of about 4,000, many of them refugees and young eastern Europeans who had been bussed in to attend the rally in return for a weekend trip to Paris.

Im going to speculate wildly and say a Saudi operation to sow the belief in civilian uprising.

posted on Sep, 22 2018 @ 11:18 AM
link
a reply to: ignorant_ape
Well, that lady in her gown on the floor sure seems more concerned with capturing images right? I was actually just thinking it right before I came up to your reply. Whatever it was that happened, I can say with ten thousand percent certainty that its got nothing to do with this:

originally posted by: ignorant_ape
i am disapointed that no one has screamed " false flag , crisis actors "`


I'm surprised no one is screaming "Ban all firearms!!!"


John Kerry was just there for some unknown reason, and now this happens for which the blame is on the US? Didn't something like this before happen when McCain visited Ukraine?


I bet this is going to interfere with Trumps peace plans in the middle east, and without any thing to prove otherwise the Iranian Religious Faction can go on chanting "Death to America" and point to this as reason to.

posted on Sep, 22 2018 @ 11:30 AM
link
Probably an Arab attack and maybe funded by Israel and Saidis. Persians treat their Arabs bad, perfect ground for Mossad to get involved

Iran does have internal issues with terrorists that oppose the government. So who knows.