The White House has drafted an executive order for President Donald Trump’s signature that would instruct federal antitrust and law enforcement agencies to open investigations into the business practices of Alphabet Inc.’s Google, Facebook Inc. and other social media companies.

The order is in its preliminary stages and hasn’t yet been run past other government agencies, according to a White House official. Bloomberg News obtained a draft of the order.


Please also go after the payment processors like Square and Paypal, not to mention certain large banks, who have been freezing people and businesses they don't like (e.g. Alex Jones, or small gun businesses) out of being able to receive payments. This is as important as the social media companies, since being able to do business and receive payments from people online is rather fundamental to any new business that would like to cater to a conservative customer base. 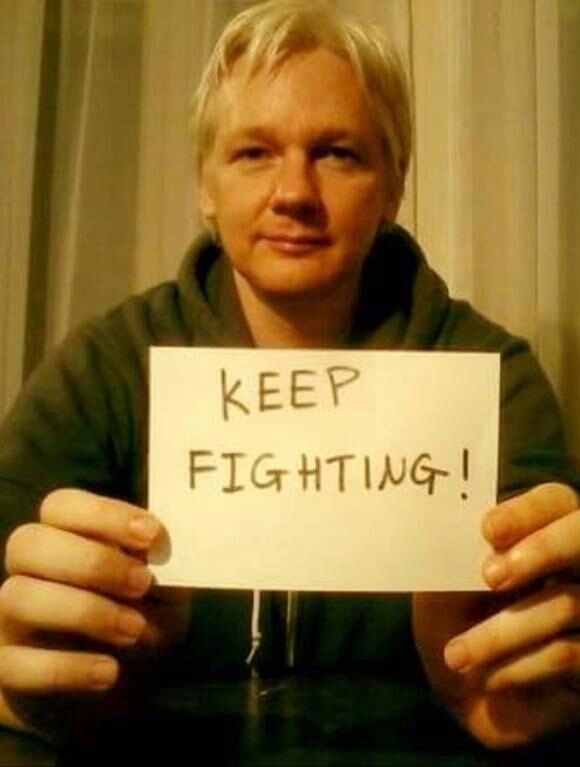 Hopefully this gets the ball rolling.

posted on Sep, 22 2018 @ 04:13 AM
link
Big companies who control large segments of anything are a wall against innovations and will fight to keep all opponents out of the game. You see that all the time in small countries where a few families own and run most of the country and absolutely stifle any competition. It is actually like a dictatorship only instead of one big bad dude you have lessor little bad dudes who control everything down to the toilet paper you can buy.

Now that the information age is upon us having some entity like Google, facebook, twitter et al censor and control the flow of information really should be looked at with a hard eye. They can set the rules because they are a private company...OK... but people should know just how bias their business model is and what they can expect from such an entity ... I hope personally that the above mention is investigated and if found to be guilty fined and broken up.. That will be hard with google/Yahoo as they are just part of the CIA management tool of information IMO.


“Because of their critical role in American society, it is essential that American citizens are protected from anticompetitive acts by dominant online platforms," the order says. It adds that consumer harm -- a key measure in antitrust investigations-- could come “through the exercise of bias.”

posted on Sep, 22 2018 @ 04:35 AM
link
I believe then these companies would have to be deemed as utilities along with ISPs. It would have been an easier goal if Net Neutrality wasn't appealed.

Dear @realDonaldTrump: 'net neutrality' of some form is important," Assange tweeted Tuesday. "Your opponents control most internet companies. Without neutrality they can make your tweets load slowly, CNN load fast and infest everyone's phones with their ads. Careful."


Source
Fast forward, banning of Alt media from social media, even now with AJ from Paypal.

Has nothing to do with net neutrality.

Just as the phone company can't tell you what you can and can't say over their lines, so too should social media not be allowed to make "editorial judgement" on what you post.

Bejeezus, do you people always side with ruling power elitists / technocrats / oligarchs, whats bad in general for everyone besides hyper-bigoted "liberals"

posted on Sep, 22 2018 @ 05:16 AM
link
There are plenty of alternatives to Amazon and Google. Just because they are the largest companies in their field doesn't make them monopolies. If he's going after these two companies why not also target companies like Walmart? Oh that's right. The Waltons are staunch Republicans that support Trump.

This is a clear attack on the free market by a petty man. I don't see how any true Conservatives can support this move.

The Waltons are staunch Republicans that support Trump.

Then what was Hillary Clinton doing as part of their cozy little outfit back in the 90's?

posted on Sep, 22 2018 @ 05:23 AM
link
Who would have ever thought? Conservative and republicans wanting to regulate private business when it starts affecting them...

Quite possibly. Google, Facebook, Amazon and so on deserve scrutiny because they've monopolised their industries and control others. I'd sooner they were looked at for the right reasons rather than political expediency.

If you want a vision of the future, imagine a boot stamping on a human face - forever. George Orwell Read more at: www.brainyquote.com...

These days it seems people don't care as long as the boot has their team colours.

Hillary is a Democrat in name only. She bears a much greater resemblance to the neo-Cons she claims to oppose. And that includes their penchant for bending over backwards to protect corporate interests over the needs of the common man.

Outfits literally hell bent on literally building Skynet to trigger the extinction of mankind (whether it be deliberately via Transhumanism, civil war the likes of which history offers no example, and / or on 'accident' when it wipes us out), and also happen to be bastions of oligarchy whom actively stifle competition & innovation, while stoking ideological divisions to the tune of mass censorship & funding millions/billions of dollars, even engaging in mass scale electioneering, all while being subsidized, public utilities at the commanding heights of eCommerce & communications, should have as hard a look at as the worst Robber Barron fronts in all of history.

But if you want to sound like a douche alleging people would get behind that for petty partisan ideals then go for it. Me personally, this has been my cause since 2005, before anybody even cared about any of these sorts; back when the "conservatives" used to all insist I was a "liberals" for saying the same stuff I do today.

Then why did you all rage the whole internet, riot in the streets, ball your eyes out, etc, before during after election night if Hillary was a "conservative" all along?

But they haven't monopolized their industries. Bing and Yahoo are two major competitors to Google but there are countless of other search engines out there.

There are millions of other online stores so I fail to see how Amazon has a monopoly there. Walmart even offers free two day shipping without needing a subscription.

And Facebook isn't even the most prominent social media site. So how can it have a monopoly when it's getting beat by Twitter, Instagram, and Snapchat?

Who are "you all?" I didn't vote for Clinton.

Are you arguing this way because you agree with the political slant of Google and Facebook? I'm not having a pop at you there. It's a genuine question so I know if you're neutral on the issue or letting the political perspectives dictate your reasoning.

So then you werent part of the "liberal" chirping box all day every day during election time, constantly squaking down at Trump while defending Hillary, taking staunch "liberal" (Democrat) positions in every thread across the board before during after election day??

FACT: If Big Tech was for the "conservatives" instead of the "liberals" all this time 'plant liberal' (planet SJW) would be raging out of their minds all this time, yet even though I think DNC World is literally out of its mind these days on about every issue, if Big Tech was all in on partisan politics (emotional wedge issues) to our detriment (for either side) I'd still be saying the same snip (and I'd be pissing the "conservatives" off the same way, instead, as I'm sure they'd mostly be taking the same BS "free market" position on the matter).

Top 10 most popular sites in the USA.

Google and FB are on record saying they exercise controls over content and are arguably using a political compass to navigate with. That's an area of concern that bears looking at imo. Google has 90% of the US search engine market which means they can throttle and manipulate search results. Amazon has 41% of the US marketplace in 2018 which I'd say is a very dominant position considering the remaining 59% consists of increasingly smaller businesses. They've used tax havens too which is a whole other subject.