WikiLeaks Says it will Bring Hillary Clinton Down by October 21

To keep her from spilling secrets.

We give her a lobotomy before she goes .
edit on 15-9-2018 by Fallingdown because: (no reason given)

originally posted by: Fallingdown
If she did commit crimes against Russia. We should extradite her there post haste . I would love to see her sit in a cell in a cell with no friends, deep state associates or judicial protection .

Hillary sitting in a Russian prison?

That thought made me smile.

posted on Sep, 15 2018 @ 10:46 PM
link
I can't see this happening. They don't call her teflon Hillary for nothing. I'll be happy if Wikileaks proves me wrong though. Meanwhile in Texas....

posted on Sep, 15 2018 @ 10:51 PM
link
Hey, anyone remember the ironically similar, "October Suprise" in 2016?
The press conference that was supposed to DESTROY the Clintons? And all it really was, was just a, "buy my book" commercial from Julian Assange.

originally posted by: purplemer
Lets see what happens here. With this giant game of cat and mouse. Many would like to see her behind bars and it looks like there are moves in place to make this happen.

Assange showed his determination to see Clinton indicted by setting an October 21 deadline – indict her yourself or I will release irrefutable proof that she has committed high treason.

This comes just days after WikiLeaks released another letter from the Senate Intelligence Committee inviting him to testify privately before the Committee. Assange tweeted on August 8, 2018: 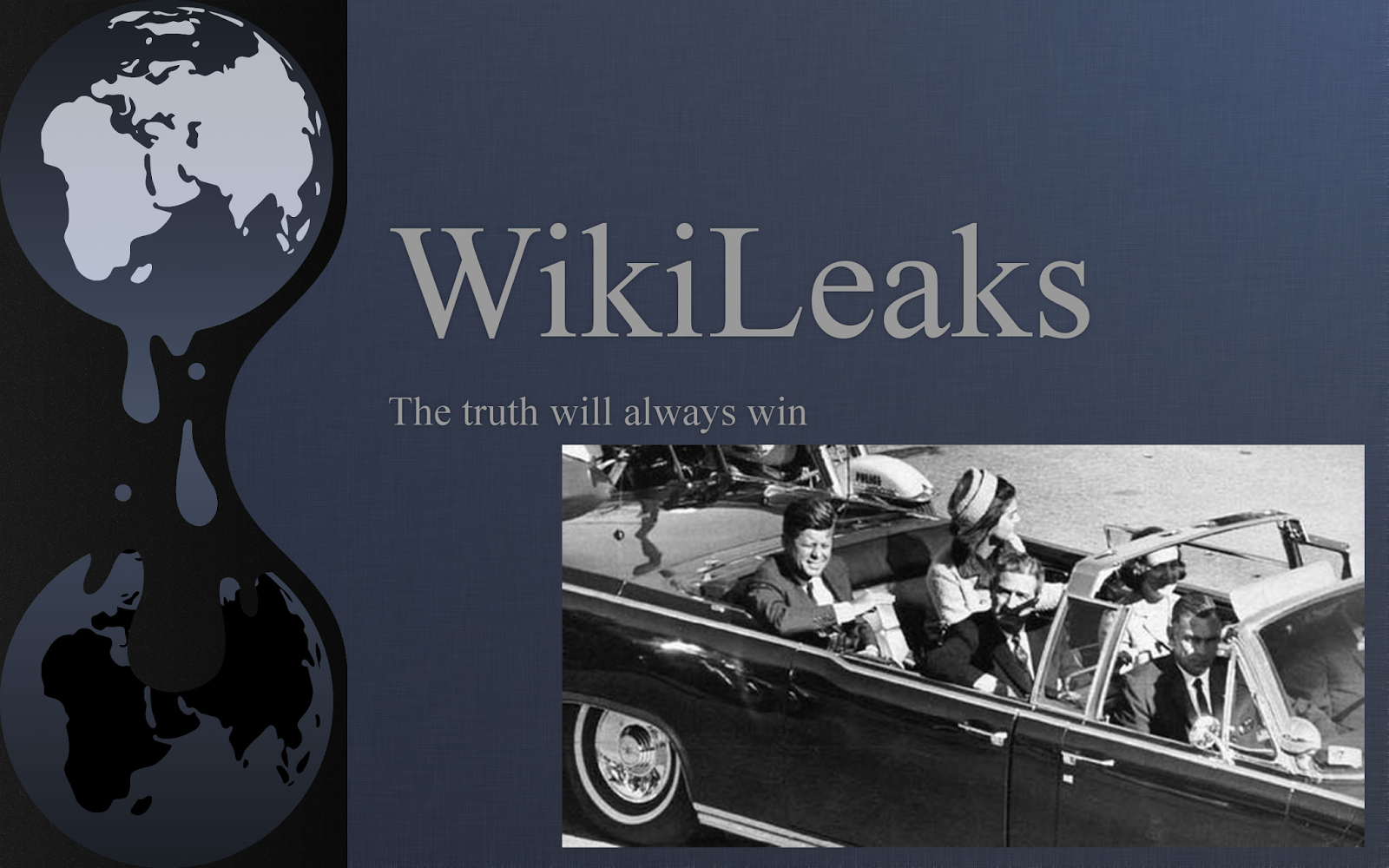 originally posted by: Fallingdown
a reply to: Alien Abduct

To keep her from spilling secrets.

We give her a lobotomy before she goes .

this tail makes absolutly no sense

we can parse this entire farce down to :

ndict her yourself or I will

take as long as you neeed to figure it out

originally posted by: projectvxn
Put up or shut up Wikileaks.

Another opportunity presents itself to see if Assange is not the huge fibber that he appears to be.

I am so tired of the repeated prevarications of this guy. If Assange would just prove himself ONCE -- that is all it would take. But I suspect that -- notwithstanding whether HC is a criminal or not -- Assange is a criminal, a con artist, and probably not a very nice person to know.

So -- I absolutely would like my faith restored a bit. We only have to wait until the end of next month to see this guy's true character.

Of course -- All that assumes the OP is valid. I have a lot of doubts about ATS also in recent years. The whole story could be fake news -- I am not believing anyone yet.

This hoax has been going around since before the election. This is why you don't put any stock in "Freedomnewsreport.com" and obvious fake news blogs like it.

Here it was posted on November 11, 2016 on The Minority Report Blog where they also falsely claim:

“Hillary Clinton’s crimes will not go unpunished. If she is not formally charged for mishandling sensitive material we will have no choice but to release proof that she is guilty of high treason against the United States for selling patented military secrets to the Saudi Arabian government. We also have proof that she is guilty of crimes against Russia, Uzbekistan, Lithuania, Caledonia and Brazil. The United States would be doing her a favor by putting her in prison and saving her from the severe punishments several of these nations would impose.”

WikiLeaks has also given Trump a deadline… If he does not indict Clinton by January 21st, they will release the information in their possession which proves she is guilty of treason.

Because Assange would send a hand delivered letter to the Daily Mirror. Lmao. And let's get real here, how does this make any sense at all? If Clinton was guilty of treason and WikiLeaks had proof, they'd just release it not give some ultimatum about indicting her for mishandling classified information.

Now, my question to you is where did you pick this link up from? Social media? Are you going to go back and tell people that this is fake news? Are you going to stop following links from whoever pushed this nonsense on you?

I think Hillary Clinton broke the law. I believe she should be prosecuted for it as I believe she has sold out the favor of the US to anyone who would line her pantsuit pockets.

That doesn't mean I'm willing to hang any hope of that ever happening on the likes of histrionic whores like Julian Assange.

All you can do is try to validate the information with regard to what is posted on ATS. ATS is only as good as its membership. Some members are awesome, others suck.

LOL, and why would I take your word for that?

LMAO. The irony. You post some garbage from trash Jimmy Dore. 47 seconds in:

"Here's according to WikiLeaks:"

Except no, that's not "according to WikiLeaks" at all. That's literally an excerpt from the True Pundit "article" that is the single source for this hoax:

Clinton’s State Department was getting pressure from President Obama and his White House inner circle, as well as heads of state internationally, to try and cutoff Assange’s delivery of the cables and if that effort failed, then to forge a strategy to minimize the administration’s public embarrassment over the contents of the cables. Hence, Clinton’s early morning November meeting of State’s top brass who floated various proposals to stop, slow or spin the Wikileaks contamination. That is when a frustrated Clinton, sources said, at some point blurted out a controversial query.

“Can’t we just drone this guy?” Clinton openly inquired, offering a simple remedy to silence Assange and smother Wikileaks via a planned military drone strike, according to State Department sources. The statement drew laughter from the room which quickly died off when the Secretary kept talking in a terse manner, sources said. Clinton said Assange, after all, was a relatively soft target, “walking around” freely and thumbing his nose without any fear of reprisals from the United States.

Look familiar? Now, wtf just misled you? Was it me? Nope. It was Jimmy Dore. And yet, you think so much of this clown that you just got flippant and tried to mic drop on me with his dumb ass disinfo.

Why should you take my word for it? Why shouldn't you? Clearly if you're listening to these morons and liars you couldn't do much worse.

originally posted by: Xtrozero
Hillary is gone, Obama is gone...Lets and left please move on...


originally posted by: Xtrozero
Hillary is gone, Obama is gone...Lets and left please move on...

originally posted by: projectvxn
Put up or shut up Wikileaks.

This kind of leading garbage is exactly why I stopped listening to them.

I'm still mad for getting wiki-trolled a couple years ago. I hear ya

Although this sounds great....every time I hear it, I am skeptical. I have heard this mantra for several years now, and several times. They won’t do a thing to her. She is one of the untouchable criminals. Like Obama, Bush and if one thinks that Trump is a criminal...yes, even he is untouchable. The only ones who will go to jail are those on lower levels. They will take the fall for everything....Hillary won’t be touched. I hope I’m wrong, but I’m pretty sure this is just more wishful thinking.

originally posted by: Xtrozero
Hillary is gone, Obama is gone...Lets and left please move on...


Their party is no longer in power, but I don’t know if you’ve seen the news lately. Obama is far from gone, and nor is Hillary. Their mouths are just as big and loud as ever.