Typical idiot, liberal,sjw, snowflake, everything offends me now and I need a safe space and a coloring book to cry in bullsh!t. SMDH

originally posted by: pavil
a reply to: OccamsRazor04 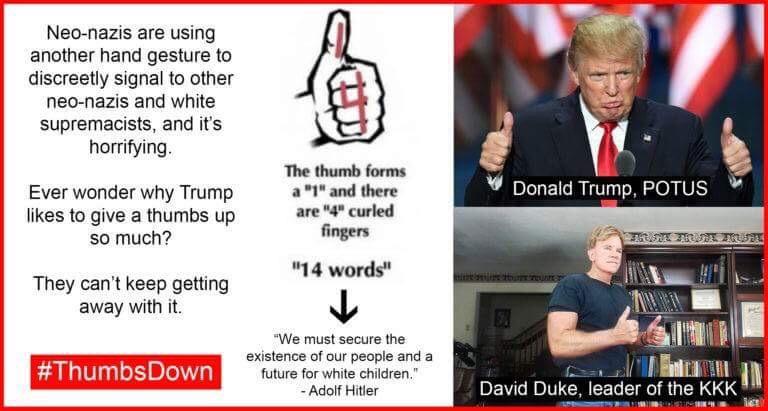 Someone on the right recently told me in a thread that the typical strategy of the left is to start name calling when they don’t have a valid argument,

posted on Sep, 16 2018 @ 02:21 PM
link
I am a strict conservative and rarely do I let myself fall for PC nonsense, but in this particular case...the guy knew exactly what he was doing in my opinion.

First, he knew he was on television. If there's a camera around and a news reporter...everyone knows.

Second, he appears nervous just doing the gesture. No, I'm not a gesture expert, but being a human being for 40 odd years, I know people and how they appear when doing something they know they aren't supposed to do....just like you all do.

Third, it doesn't matter whether this was started on 4Chan as a hoax. What matters is what this particular gentleman thinks the sign means.

Fourth, that is just not a normal way to make any gesture. He obviously wasn't giving an "OK" sign because no one in history has ever done it that way because it would not make sense. Also, I've never "slicked" my hair back, itched, or picked at my ear using my hand that way, and neither does anyone else...it just isn't normal.

All of the pictures and GIFs posted of Obama, Hillary, and others show the 'OK' sign being used in proper context. This was not proper context imo. Military has a code of conduct (which has been mentioned), and this is bad conduct period. They were absolutely correct to fire him so as to not tarnish the other good men and women serving.
edit on 16-9-2018 by MrBuddy because: rw

those posting pictures of the ok sign being used in context are special. lol

who's trolling who again?

Thank God, a conservative who is actually making sense!

The guy may or may not have meant white power specifically - he may have just been doing some trolling for trolling’s sake. Regardless, it was a stupid thing to do, and it rightfully got him in trouble.

One, the hand signal is only racist if your intention for making it is racist. Otherwise, it's just a hand signal. You could mean everything's good, you could just be doing it to troll people who see racism everywhere (which is, incidentally how this whole thing started). Just like the confederate flag, it only means what the person using it wants it to mean. You don't get to decide what's in a person's heart or what their intentions are. There are still cultures that use the Swastika as a religious symbol, because it has multiple meanings. They're not Nazis.

Two, as a servicemember, knowing you're on live TV, even if he was just joking or trolling, that was stupid and unprofessional. He doesn't deserve to get kicked out of the service or anything, but he needs a good ass-chewing at the very least.


originally posted by: pavil
a reply to: OccamsRazor04

Notice how NO ONE that is lambasting this guy for the "ok" sign has responded to your post?

This is further proof its a 4 chan hoax and they are seeing how far they can push the envelope , but no one wants to respond to you because it destroys their narrative and makes them look like a sheep led by the nose.

Funny now...not funny next year when thumbs up is banned and Henry Winkler is thrown in jail as the father of the modern white supremacist movement.

any member of the military can ask for a captains mast if they believe they have been wronged or have a claim of harmed by lies from others.

You are being deliberately obtuse if your are unable to admit that he was consciously doing something that he knew he shouldn't.

What it means, who cares? He knew he shouldn't of, did it anyway, and paid the consequences.

We live in a society these days where no one wants any repercussions for their actions. Real life doesn't work like that.

posted on Sep, 17 2018 @ 04:24 AM
link
Gotta love the trend of the classic OK symbol being adopted by white supremacists, as a new symbol of white supremacy, flashing it on TV, then whining that it's not fair to call them out on it.

By the way did you guys see the woman flash the symbol on her arm, for nearly 30 seconds, during the Kavanaugh hearing? Surely it was just a random way that people rest one hand on their arm, right? 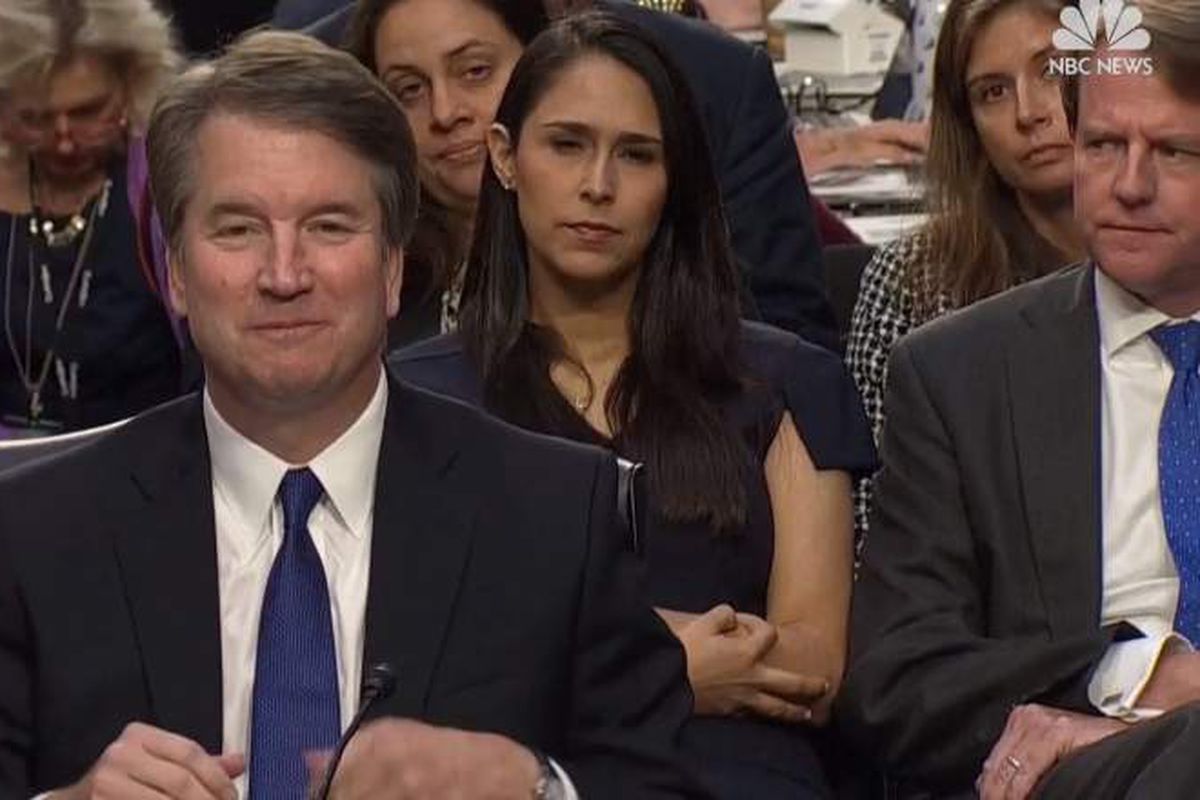 So this guy making the hand gesture is offensive in comparison to the asshole who whined about it , taking up more time of the coast gaurd in putting out an apology and removing an active coast guard from duty , which means removing resources at their disposal to help people!


What is more offensive , the fact that the guy made a hand gesture (no one was hurt)
or removing a coast guard member from active duty which means reduced resource for the coast guard
with which lives can be saved !

Are people this spiteful , what a #in waste of everyones time

I bet thats next , when throwing up 2's will get you locked up

posted on Sep, 17 2018 @ 06:27 AM
link
Little side note, the pepe le frog meme and the "kek" on the green flag comes from World of Warcraft. It means LOL (laugh out loud). In the game when the alliance or the horde speak to each other, it comes across as a untranslated language. lol = kek. This stems from 2004 when the game first came out.

You mean the Mexican woman who flashed the OK sign? Zina Bash was born in Mexico and his half Mexican half Jewish. This is exactly the stuff that has people laughing at liberals.

The entire white power thing with the OK sign is a troll by 4chan, they made the whole thing up.

originally posted by: curme
I was in the Coast Guard. A black hull sailor! A very small percentage of Coasties know how to dive.

You are being deliberately obtuse if your are unable to admit that he was consciously doing something that he knew he shouldn't.

What it means, who cares? He knew he shouldn't of, did it anyway, and paid the consequences.

We live in a society these days where no one wants any repercussions for their actions. Real life doesn't work like that.


What did he do that he shouldn't have?

originally posted by: ANNED
If i was that coast guard member i would ask under the UCMJ for a captains mast.

any member of the military can ask for a captains mast if they believe they have been wronged or have a claim of harmed by lies from others.


I imagined they just said we need you to go to stop drama so we can focus on saving lives and he agreed and there is no discipline beyond that. We don't know, but it's my guess.