The millions who buy them every day for their kids maybe?
No real need for a survey unless they asserted majority of parents, which they haven't.

I don't think the original message on the cereal box was offensive, I just think it is a good idea to have a new slogan that is more inclusive. I would call the old slogan archaic over being offensive, I think it is a more accurate term.
edit on 18pmTue, 18 Sep 2018 20:18:17 -0500kbpmkAmerica/Chicago by darkbake because: (no reason given)

The millions who buy them every day for their kids maybe?
No real need for a survey unless they asserted majority of parents, which they haven't.


Well, there should be a survey, then we can see if the sloggan is true or false.

I like this. As a father i was very involved with my kids. Being minimized culturally sucks. According to nickelodeon i should be a clueless halfwit 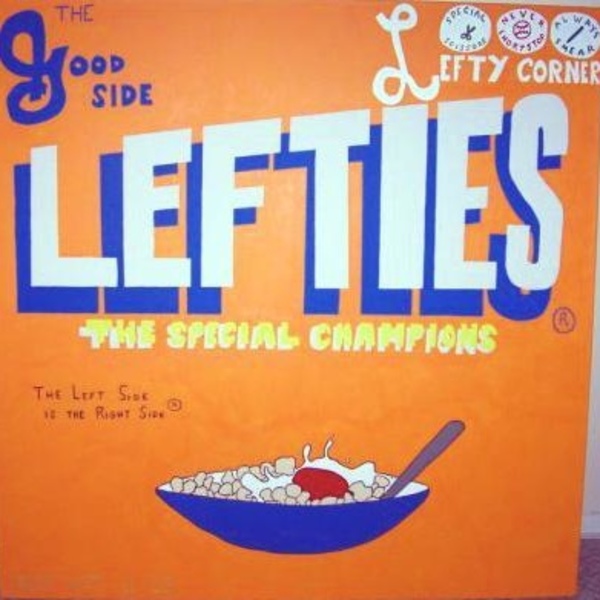 originally posted by: TruthxIsxInxThexMist
Time to stop this madness before it's too late or is it too late already? The loonies have been getting into childrens heads and changing their mindset... this is verging on the same level as 'mind control'. This 10 year old girl has managed to get kellogg's to change their slogan on a cereal box of 'coco-pops' because she said it was sexist to read the slogan 'approved by mums', she wanted it changed to 'approved by parents' as her dad made her breakfast sometimes and she said 'there are children out there who don't have mum's and they may get upset' but wouldn't they still get upset reading the slogan 'loved by parents'? What about the children who have neither? Won't they get upset? What about couples who can't have children? I think this girl hasn't thought it through well enough.

And this is the next generation coming... this is what's being taught to children in schools and by parents.


She thought it was unfair because 'dads can make breakfast too' and it might be 'upsetting for people who don't have a mum'. So when her parents Anne-Marie, 48 and James, 47, told her to write and complain - that's exactly what she did. Her letter to the cereal giant was so convincing that Coco Pops boxes will now read 'Approved by parents' and be on the shelves in the near future.


How did she FORCE them to change it?
The state did not force them to change it.
They changed it to better suit their customers.
As a consumer, she wrote them and they agreed.
Capitalism 101.

They changed their slogan.
Omg. How will we continue on

Here is some news for you. Things change. Companies change slogans and logos and color schemes.

Why does it bother you so much?

Is it a bad thing they changed it?


I'm not the only one this bothers. If you check the link, you can read hundreds of comments!

It's not that it bothers me anyway so much, it's just that these tiny little things to find to moan about are being taught to 10 year olds.

You have 1 person that moaned about it vs hundreds of people moaning about her.....
Hmmmmm


originally posted by: CornishCeltGuy
a reply to: TruthxIsxInxThexMist
You agree then.
How much it bothers me is/was irrelevant, my point stands, and you agree.
Excellent.

For this reason, i think the sign on the room should be changed to 'parents with babies' , I would chasnge it because it would be a wider scope of people who would feel kinda left out but i really couldn't care less about wording on a packet of cereal which really wasn't there to offend Fathers who gave their children cereal in the morning. This is just one person... a vey miniscule minority. Did anyone else complain over the years? Nope!

Then write Kellogs a letter to change it back and let us know how it goes.
I can almost bet they will not change it back, because they, not the 10 year old agree with it.