Somebody leaked a video of a big meeting.

They were in total dismay and it looks like they started making "plans".

Like when are they supposed to run the whole World?

We knew it and now we know it.

And they were bashing Trump supporters !! 🔑🔓

A video recorded by Google shortly after the 2016 presidential election reveals an atmosphere of panic and dismay amongst the tech giant’s leadership, coupled with a determination to thwart both the Trump agenda and the broader populist movement emerging around the globe.

The video is a full recording of Google’s first all-hands meeting following the 2016 election (these weekly meetings are known inside the company as “TGIF” or “Thank God It’s Friday” meetings). Sent to Breitbart News by an anonymous source, it features co-founders Larry Page and Sergey Brin, VPs Kent Walker and Eileen Naughton, CFO Ruth Porat, and CEO Sundar Pichai. It can be watched in full above. It can and should be watched in full above in order to get the full context of the meeting and the statements made.

(00:00:00 – 00:01:12) Google co-founder Sergey Brin states that the weekly meeting is “probably not the most joyous we’ve had” and that “most people here are pretty upset and pretty sad.”

(00:00:24) Brin contrasts the disappointment of Trump’s election with his excitement at the legalization of cannabis in California, triggering laughs and applause from the audience of Google employees.

(00:01:12) Returning to seriousness, Brin says he is “deeply offen[ded]” by the election of Trump, and that the election “conflicts with many of [Google’s] values.”

(00:09:10) Trying to explain the motivations of Trump supporters, Senior VP for Global Affairs, Kent Walker concludes: “fear, not just in the United States, but around the world is fueling concerns, xenophobia, hatred, and a desire for answers that may or may not be there.”

(00:09:35) Walker goes on to describe the Trump phenomenon as a sign of “tribalism that’s self-destructive [in] the long-term.”

(00:09:55) Striking an optimistic tone, Walker assures Google employees that despite the election, “history is on our side” and that the “moral arc of history bends towards progress.”

(00:10:45) Walker approvingly quotes former Italian Prime Minister Matteo Renzi’s comparison between “the world of the wall” with its “isolation and defensiveness” and the “world of the square, the piazza, the marketplace, where people come together into a community and enrich each other’s lives.”

(00:13:10) CFO Ruth Porat appears to break down in tears when discussing the election result.

(00:15:20) Porat promises that Google will “use the great strength and resources and reach we have to continue to advance really important values.”

(00:16:50) Stating “we all need a hug,” she then instructs the audience of Google employees to hug the person closest to them.

(00:20:24) Eileen Naughton, VP of People Operations, promises that Google’s policy team in DC is “all over” the immigration issue and that the company will “keep a close watch on it.”

(00:21:26) Naughton jokes about Google employees asking, ‘Can I move to Canada?’ after the election. She goes on to seriously discuss the options available to Google employees who wish to leave the country.

(00:23:12) Naughton does acknowledge “diversity of opinion and political persuasion” and notes that she has heard from conservative Google employees who say they “haven’t felt entirely comfortable revealing who [they] are.” and urged “tolerance.” (Several months later, the company would fire James Damore allegedly for disagreeing with progressive narratives.)

(00:27:00) Responding to a question about “filter bubbles,” Sundar Pichai promises to work towards “correcting” Google’s role in them

(00:34:40) Brin compares Trump voters to “extremists,” arguing for a correlation between the economic background of Trump supporters and the kinds of voters who back extremist movements. Brin says that “voting is not a rational act” and that not all of Trump’s support can be attributed to “income disparity.” He suggests that Trump voters might have been motivated by boredom rather than legitimate concerns.

(00:49:10) An employee asks if Google is willing to “invest in grassroots, hyper-local efforts to bring tools and services and understanding of Google products and knowledge” so that people can “make informed decisions that are best for themselves.” Pichai’s response: Google will ensure its “educational products” reach “segments of the population [they] are not [currently] fully reaching.”

(00:54:33) An employee asks what Google is going to do about “misinformation” and “fake news” shared by “low-information voters.” Pichai responds by stating that “investments in machine learning and AI” are a “big opportunity” to fix the problem.

(00:56:12) Responding to an audience member, Walker says Google must ensure the rise of populism doesn’t turn into “a world war or something catastrophic … and instead is a blip, a hiccup.”

(01:01:15) A Google employee states: “speaking to white men, there’s an opportunity for you right now to understand your privilege” and urges employees to “go through the bias-busting training, read about privilege, read about the real history of oppression in our country.” He urges employees to “discuss the issues you are passionate about during Thanksgiving dinner and don’t back down and laugh it off when you hear the voice of oppression speak through metaphors.” Every executive on stage – the CEO, CFO, two VPs and the two Co-founders – applaud the employee.

(01:01:57) An audience member asks if the executives see “anything positive from this election result.” The audience of Google employees, and the executives on stage, burst into laughter. “Boy, that’s a really tough one right now” says Brin.

Most of the people I know felt the same way.

00:54:33) An employee asks what Google is going to do about “misinformation” and “fake news” shared by “low-information voters.” Pichai responds by stating that “investments in machine learning and AI” are a “big opportunity” to fix the problem.

It's odd for them to want to do something about all the fake news spread by low information voters? wth?
You folks really liked those Russian thugs, eh?

And as for the last sentence, thank heavens. Somebody needs to fix the problem. We really don't need to have our elections have continual interference from the likes of those who want to destabilize our country, even though as we see from the posts on this thread, they have become very good at it. I'm not looking forward to going through another 2016 style election.

They want to get even.

originally posted by: angeldoll
Clinton got 3 million more votes than trump, and it surprises you that a few people at google were among them?

Most of the people I know felt the same way.

00:54:33) An employee asks what Google is going to do about “misinformation” and “fake news” shared by “low-information voters.” Pichai responds by stating that “investments in machine learning and AI” are a “big opportunity” to fix the problem.

It's odd for them to want to do something about all the fake news spread by low information voters? wth?
You folks really liked those Russian thugs, eh?

And as for the last sentence, thank heavens. Somebody needs to fix the problem. We really don't need to have our elections have continual interference from the likes of those who want to destabilize our country, even though as we see from the posts on this thread, they have become very good at it. I'm not looking forward to going through another 2016 style election.

Those were Russian and Illegal immigrant votes.

The fake news they want to try to limit? Like most of your threads in 2016? Hilary Clinton has Alzheimer's, Parkinson's,
runs a child sex ring out of a pizza parlor, and is a serial killer? Fake news like that?

And that trump is a multi-billionaire, and doesn''t show his tax returns because he's being audited by the IRS?

Quadrivium
+19 more
posted on Sep, 12 2018 @ 10:46 PM
link
a reply to: angeldoll
Seriously though, who would Russia rather have in the Whitehouse? Killery or Trump?

With all the money flowing into the Clinton Foundation from Russia and the Uranium One scandal, it is clear that Russia was pulling for Killery. She sucks, She lost. End of story.

Google is now participating (colluding) with corrupt liberal media to feed the public nothing but fake/negative Trump news.

This morning, they blamed Trump for creating Hurricane Florence. Now that she's weakened (as of 11pm) to a CAT-2, will they give him credit for weakening her, before making landfall in the USA?

...and of course people you know would react similarly as birds of a feather flock together.

Well, with Trump signing an EO on that, we shouldn't have any issues, hmmm? Considering none of the Russian paid ads had any real influence of any kind.

Hillary may very well have Alzheimers, you don't know.

Keep Pizza out the thread you sicko.

Trump IS multi-billionaire and yes, doesn't show his tax returns, not needed 😌

Neither is 3 million meaningless votes. 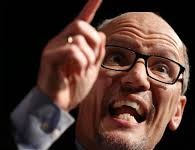 Fake news. I checked snopes and politifact. Google has been cleared. They are not biased politically.

posted on Sep, 12 2018 @ 11:44 PM
link
I have a sneaking suspicion that if Hillary won the tone of that meeting would not have been as somber and concerned.

What constitutes a low information voter? Who decides that, google employees?

Are you saying you trust google to be objective? Do you trust google, who controls the majority of all information on the web (for most people who don’t know anything other than google) to fairly represent both sides after this?

Russia has nothing, zero, zilch on what google could do to an election if they so choose, that doesn’t bother you?

Most people you know don’t control information flows like google.

I would wager you don’t know the left spreads for fake news than anyone else.

I’m a conservative who doesn’t like trump, I know that’s probably incompatible with what you know, but it’s true. The quote on your post from Obama says a lot, now what side exactly do you see as the bully at this point? Trump or the msnbc guy who said trump has caused more damage than the terrorists on 9/11 to our country?

Edit: popular vote doesn’t matter, we are not a democracy, never were and never will be. The us was founded as a constitutional republic with democratic respresentation, still pretty much is.
edit on 139092018 by Variable2027 because: Had to add more


and there is an estimated 11-12 million illegal immigrants in the US. If you are so ignorant to think they don't vote with the illegal SS number they acquired, then you are the ignorant one.

posted on Sep, 13 2018 @ 02:19 AM
link
Since Google was instrumental in activating & perpetuating the "Arab Spring", which led to war crimes beyond the count, and Trump campaigned on shutting all that down and bringing criminals to justice (in general), of course they (like Hillary, Obama, McCain, CIA would be out of their minds to stop Trump, and lost their minds when they didnt.

posted on Sep, 13 2018 @ 02:29 AM
link
That video should be sent to all members of congress and the senate.. I say all members just on the possibility that the Nancy Pelosi/ Maxine Waters virus has not rotted all the DNC brains holding office.. Yes I know it is a long shot but remember Lot, the guy in the Bible, there was at least one worth saving...

As an employer i am shocked and revolted at how Google forces political apignment among employees.

As a free person i am enraged that these assholes feel it is their job to exploit people with information, both given and with held.