Go and make your own alt-right twitter-clone!

Go and make your own alt-right twitter-clone!

Go and make your own Silicon Valley.

originally posted by: Joecanada11
a reply to: DBCowboy

Facebook has the freedom to ban whoever they want. And no matter how much i love freedom of speech i wouldnt defend nazis.

That wouldn't be censoring, it would be common sense crime fighting.

Having said that, I don't mind muslims spouting how great their 'religion' is, I don't mind Nazis [I mean real Neonazis, not just people against immigration] telling me how great Hitler was, I don't mind the KKK writing about white supremacy, I don't mind lefties droning on about not liking Trump. I don't mind conspiracy theorists saying whatever, as long as it isn't a call to violence against others.

However all but two groups of the above are being censored, meaning they can't give their point of view, never mind how well written. The only ones that can call for violence and death unscathed are lefies and muslims.

Also I nearly felt sick reading that you consider 'anything goes' when it come to 'Nazis'. First of all you are prejudice against people even though you haven't actually got a proper definition of the word. This scares me. Secondly apart from one incident in Germany a few years ago, who have actual Nazis murdered and how many?
Compared to muslim murderers, they are as harmless as toddlers.

Who do you think is a Nazi?
I can tell you that probably 99.9% of people you and your lot call 'Nazi' are actually just conservatives who ask for freedom of speech; but in your socialist utopia anyone is free as long as they agree with YOU, the rest is good to kill or punch or lynch or burn or incarcerate or torture.

That's the stupidity the rest of us has to endure and you lot don't even see your own hypocrisy. The left is incapable of standing back and make a logic / common sense decision because they are so filled with hatred for anyone else who is against them. Don't you even see the absolute insanity behind this?

posted on Sep, 13 2018 @ 04:22 AM
link
This is how they use their power to suppress views they dont agree with.
Their actions will make this event less significant and create less of a gathering.

That is antifas number 1 tool to organize and gather.

They can text and have hundreds outside your business in a day.
They can ruin your name and business within 2.
They are vicious

posted on Sep, 13 2018 @ 04:54 AM
link
I think there is a really interesting question to be had about freedom of speech in this context.

I honestly think their is a big argument to be had to say that we have essentially gave our freedom of speech away to these huge companies. So much regarding our expression is now done online, be it arranging a political demonstration or writing a politically charged blog post, where as in the past this would be done through other means. We gave Twitter/Facebook and YouTube our freedom of speech the moment we signed up to their T&C's.

Sure its still a case of its their rules and we play by their rules, which I totally get and appreciate, I can't disagree with the banning of AJ anymore than I can with whoever the ATS mods banned yesterday. Yet at the same time I cannot help but feel uneasy about this entire situation.

We have surrendered our freedom of speech and didn't even notice.


But can people at least be honest now and say that the social media giants are leftist partisan douchebags?

No. But since they've banned Abby Martins Empire Files and TeleSur, we can say that the social media giants are neocon partisan douchebags.

I'm sorry if you were censored, but don't you think calling the media leftist partisan douchebags a bit on the nose? it's a two way street.

posted on Sep, 13 2018 @ 07:00 AM
link
When companies get too big and are monopolies, anti-trust laws come into play. Farcebook should be careful it doesn't end up as many chapters or individual pages.

[And they do lean hard left, like many limousine liberals]

originally posted by: watchandwait410
I hate facebook. Not for banning but the way it makes people lives look so great, it makes me sick. I avoid it at all cost. Then again I am not a social person so it was inevitable that I would hate social media.

As long as you understand that most people only post the positives in their lives on social media... I say most, because I have certain friends who just post all the miserable stuff going on in their lives to feel some sympathy.

As usual, there is much more to this story that what has been presented.

His account was banned for 30 days because he posted a link to the Infowars site, which is against FB T&C's.

He is now using this as a means of generating publicity for his "march", by taking advantage of the ignorant outrage that is bound to follow these sorts of actions.

But of course instead of recognizing that this person did not play by the rules set by the people that own the social media outlet, we call it censorship, whine like bitches and use the event to blame the Left.

I've actually been banned and reported by more conservative outlets than anything else, but here's why: Un-Mainstream opinion. It doesn't matter what your view is, whether it be left or right, the problem is when you go against established opinion of mass idiots.

*Currently serving a 7 day Facebook banning for having the Gull to say that...... actually, nevermind. I don't want to get banned from here either.
edit on 13-9-2018 by dothedew because: (no reason given)

Sure, right-wing sites censor also, but recent actions illustrate a controlling of the narrative by censoring, and it is primarily leftist sites, leftist-run platforms.


What's worse (as illustrated in this thread) is that people are for it.


And that is scary when people start cheering for censorship.

Sure, right-wing sites censor also, but recent actions illustrate a controlling of the narrative by censoring, and it is primarily leftist sites, leftist-run platforms.

Do you have some sort of statistic that you use to inform yourself, or are you just using your personal experience and biases?

posted on Sep, 13 2018 @ 08:34 AM
link
Do people actually find this surprising at all? I think most of us know by now whose side Mark Zuckerberg is on.

Admin Edit: Try that triple bracket # here again and your account will be terminated.
edit on Sep 13th 2018 by Djarums because: (no reason given)

He's blissfully ignorant about Abby Martin being censored as well.

It's just conservative fcks being censored, ya know. Eat your sh!t and get off his lawn!

posted on Sep, 13 2018 @ 08:58 AM
link
Are we going to go through this every time some conservative breaks FB, Twitters, whomever's rules.

originally posted by: intrepid
Are we going to go through this every time some conservative breaks FB, Twitters, whomever's rules.


originally posted by: intrepid
Are we going to go through this every time some conservative breaks FB, Twitters, whomever's rules.

Did you think that maybe the pinkos just don't break the terms at the frequency others do?


originally posted by: intrepid
Are we going to go through this every time some conservative breaks FB, Twitters, whomever's rules.

Did you think that maybe the pinkos just don't break the terms at the frequency others do?

If you can't see the trend concerning social media platforms censoring specific ideological themes, then you might as well get used to seeing me "whine".

Imho, this is all about setting precedence for government regulation of speech in private business as an attempt to keep it from being "censored". Which is like trying to put out a fire with napalm. 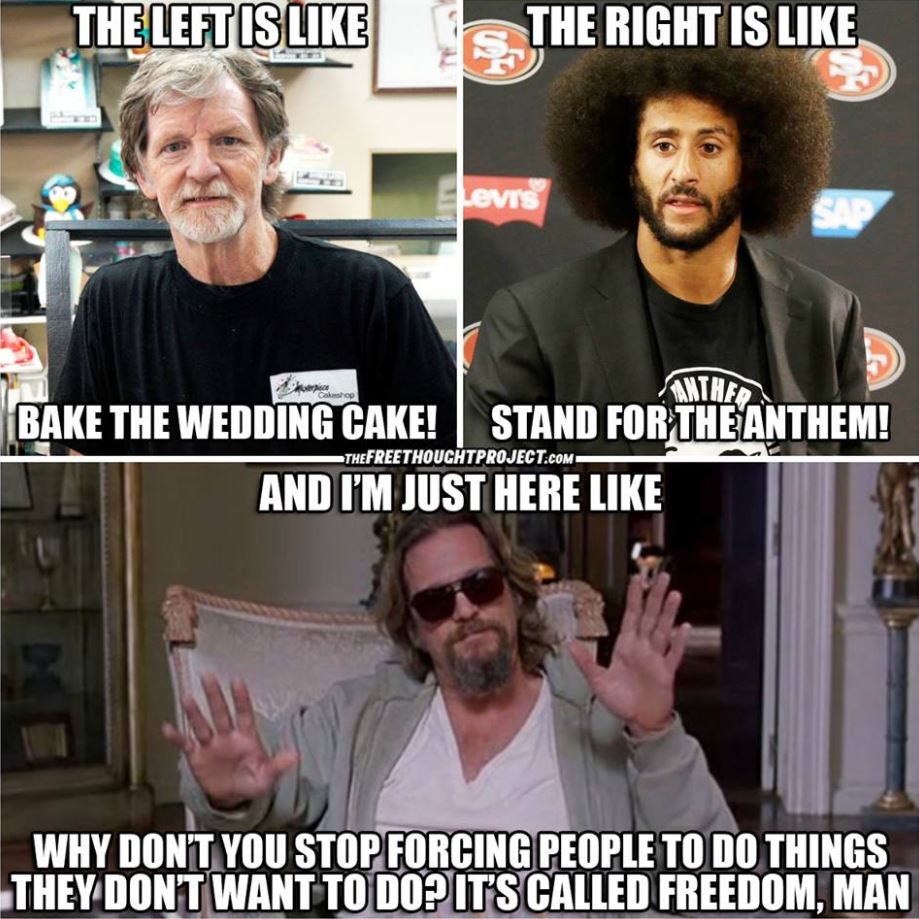