US President Donald Trump has signed an executive order authorising sanctions against any countries or individuals found interfering in US elections.

The order instructs the intelligence community to monitor and report on attempts to disrupt election infrastructure as well as propaganda.

The directive itself is not a sanction, but imposes bans or restrictions on suspected culprits.
Mr Trump has been criticised for his response to alleged Russian meddling.

There is some frustration among lawmakers that Mr Trump's executive order could undercut congressional efforts to deter any election meddling in the US by foreign powers, according to CBS News.

posted on Sep, 12 2018 @ 04:36 PM
link
Soros, Steele, and the whole nonsense gang are now going to deal with sanctions. Good, and by doing so it should also bring these people in to the light of day for the rest of the world to see.


This looks like a great idea, and I personally, am glad it got written and signed.


He is insisting that HIM colluding with the Russians is fake news, first off.

We already know that the Democratic party did, with no penalty.

Secondly, as President he is probably trying to fix what Obama left us. A statement that Russian interference wasn't possible in our election. We now know differently. Wish the previous administration could have fixed that, but our intelligence communities were told by Obama to stand down on information they had.

So this should be a win for everyone, right?

originally posted by: Cassi3l
a reply to: SKEPTEK
Hmm hmm
any reliable sources to back that claim up ?

So you have never heard of the Steele dossier, the faked FISA warrants, Fusion GPS, the whole part where the DNC and Hillary paid for made up information presented to them by a foreign national that used Russian sources?

Turn off CNN and use a search engine.

Again supposition from you both
Zero corroboration

We know that you are hardcore Trump fan boys,
however, you must try harder

Make an effort to come up with something
a bit more solid as evidence
you know, to be a bit more credible

And no, opinion pieces by Gateway pundit,
Conservative treemonkey, infowars et al
are not admissible on the 'trustworthy barometer'

That's the hardnosed reality of it all

To add: no takers for the 'Trump was bambozzled in to signing off by Obama hangovers ?

No it's not supposition, it's in the ICIG report, the FBI reports, the congressional record. These are facts, they aren't going away no matter how you wish or how many tide-pods you eat.

No it's not supposition, it's in the ICIG report, the FBI reports

Hmm mm
and ... you know, the subject at hand ?
any thoughts ?
or just whataboutism ?

But at least indulge us
with your wisdom as to why Trump
would sign off on something
that would've negated him from occupying the W/H today
if Obama had signed off on it ?

It's actually quite ironic !
Trump bans the very things that got him 'elected'

posted on Sep, 12 2018 @ 06:12 PM
link
This is perfect... The Dems will look like massive hypocrites if they oppose this, and yet this order will hurt them the most. Trump is forcing them to shoot themselves in the foot no matter what they do. 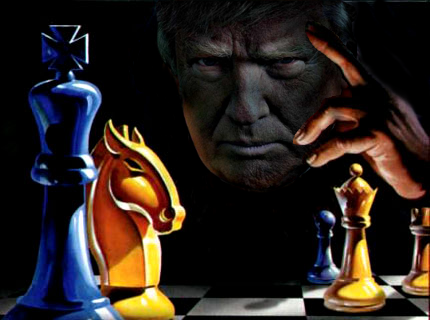 And how will this help the Gop in November ?

posted on Sep, 12 2018 @ 06:17 PM
link
You want a strong president who protects your best interests? Fascinating. Then why are you so intransigent in just accepting and working with him
?
edit on 12-9-2018 by Jonjonj because: (no reason given)

Keep this one for when


So do you think that the Steele papers are real and were made by purely American groups? Have you heard about this guy named Soros and what he is involved in?

Even outside of all this, why do you feel that it's ok for outside groups to fool around with US elections? What are you a Lyndon LaRouche follower?

originally posted by: Cassi3l
a reply to: Jonjonj
You must be part of the 1%
are you happy with you 0% tax imposition ?

I am not American, but the lies remain the same.

Why would Trump sign off on something
that got him 'elected'

An admission of guilt ?
Some kind of remorse ?
"Geeez, i wouldn't want any schmuck to go through what i'm going through"

Without freebee ads and stuff
how will Melania redecorate the W/h in 2020 ?


Seems like this would apply to Kerry and his shadow "diplomacy" towards Iran.


You think he is going to sanction the Democrats.... Good one...