The time-line where Hillary won

That would have been impressive. Considering it would have required her to travel back in time to before the longest period of sustained economic growth in US history that started under Obama.

This post is proof of the multiuniverse simulation hypothesis where folks have existed in different timelines that no-one else has been exposed to.

Well here is some evidence of his warmongering:
Trump threatening Iran with war

And shortly after that Trump says ready to meet Iran's Rouhani without preconditions. Iran has pretty much always been viewed as a hostile actor by the U.S., experts have said the U.S. even played a role in creating Stuxnet in order to mess with nuclear facilities in Iran and that didn't happen under Trump. At least Trump is some what willing to meet and hash out a solution for peace, although I believe the offer to meet was rejected by Iran.


And if you look at why he did that you'll see it's because they're helping Afghanistan forces fight against ISIS since they are losing in Iraq and Syria and fleeing to Afghanistan. Helping a nation fight terrorists doesn't equate to warmongering in my books.

Trump exapnding use of drone strikes


Well again I would assume they increased strikes in Iraq and Syria for the same reason they increased forces in Afghanistan, because they're helping the governments fight against terrorists groups, rather than support those groups overthrow the government. And ISIS has pretty much been defeated in Syria and Iraq now, that seems like a big gain for world peace.

This article seems to be only an hour old:


The last vestige of the Islamic State’s caliphate that straddled Syria and Iraq is under attack.

Members of an American-backed coalition said on Tuesday (US time) they had begun a final push to oust the militants from Hajin, Syria, the remaining sliver of land under the group’s control in the region where it was born.

The assault is the final chapter of a war that began more than four years ago after the Islamic State, also known as ISIS, seized vast tracts in Iraq and Syria and declared a caliphate. The group lost its last territory in Iraq last year.

As I've said before, the fact is Trump has done more for world peace in the last year than any leader has done in the past few decades, he some how even managed to strike an agreement with NK. You have done nothing more than cherry pick these articles and portray them in a certain way without revealing all the facts, and that is what the MSM are experts at when it comes to ridiculing Trump. But when you actually stop ignoring the things he has achieved the final conclusion changes quite substantially.
edit on 12/9/2018 by ChaoticOrder because: (no reason given)

posted on Sep, 12 2018 @ 04:01 PM
link
Also with respect to the Drone Strikes, have you guys ever seen the 2014 doco Drone. It documents some really sad stuff and how the drone program rapidly accelerated under the Obama admin. A brilliant doco well worth watching.

Impartiality is a funny word coming from you. In here masquerading as if not a blind loyalist Obama minion. Feigning too dense to be able to see where somebody went out of their way to introduce a time machine plot device to an alternate history discussion (about Hillary) in order to downplay Trump's buzz about being good for the economy, which I surmise was a big topic in Obama's 7 hour speech just a couple few nights ago, no? Was it in the speech? Are you really this thick? Are you not a brazen Obama supporter? I recall you overtly excusing yourself, to the tune of being cowardly about it if you did, from various drug war debates when I proved Obama was damn near pure status quo on that front. Just like he was on all the others.

edit on 12-9-2018 by IgnoranceIsntBlisss because: (no reason given)

posted on Sep, 12 2018 @ 08:03 PM
link
If Hillary had won, two years into her first term the world would be in flames and she would make Stalin look like Gandhi. There would be no justice, peace, or love. Pretty much all of the bad things in Revelations.

Thank you Angels for saving us certain got tam mind bending evil.
edit on 12-9-2018 by GBP/JPY because: IN THE FINE TEXAS TRADITION

Pretty much all of the bad things in Revelations. 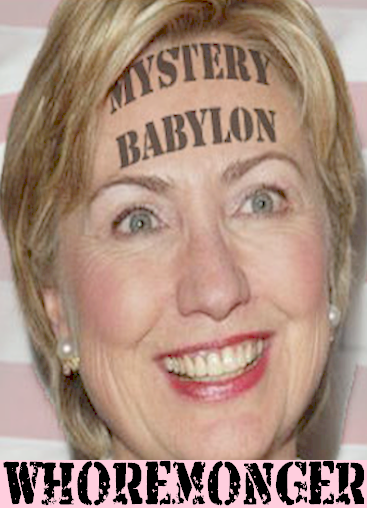 Oh you speak for the rest of the world do you? I don't live in the U.S. And you just prove my point by listing a bunch of buzz words to describe Trump, the loser one is especially rich. It's all about trying to generalize your opponents instead of taking a deeper look at what they really stand for.


Oh , I took a deeper look at Trump and so does our press here around. "Loser" is a little bit generalized, but I think the core of it is a valid attribute for Donald. What about his golfing?

Let me guess, you are from the UK? I do not care, because thats not my hill to die on, but you do know that the UK is/was called the USA's terrier?

posted on Sep, 13 2018 @ 05:47 AM
link
His only talent is the ability to program people to believe anything negative being said about him is fake news... don’t listen to it. Fight the urge to believe it fight for me. He does this through his tweets . His tweets are just him programming and brainwashing the masses.

As annoying as it is to continuously listen to a boasting braggart ( for the rest of us), it doesn’t annoy others and it’s effective brainwashing if he says it enough. He’s actually a mentally challenged moron. You’d be wise to figure that out.

Hillary being elected would have been more wars, more DEEP STATE, worse than under Obama, worse economy and she might even let all the illegals in to top it all of.

We still have no clue whether Trump is controlled opposition but maybe he can slow down 1984-style tyranny coming to the US.

Say what you want about Trump but mentally challenged moron isn't a term that applies.

Let's hope he drains the swamp.