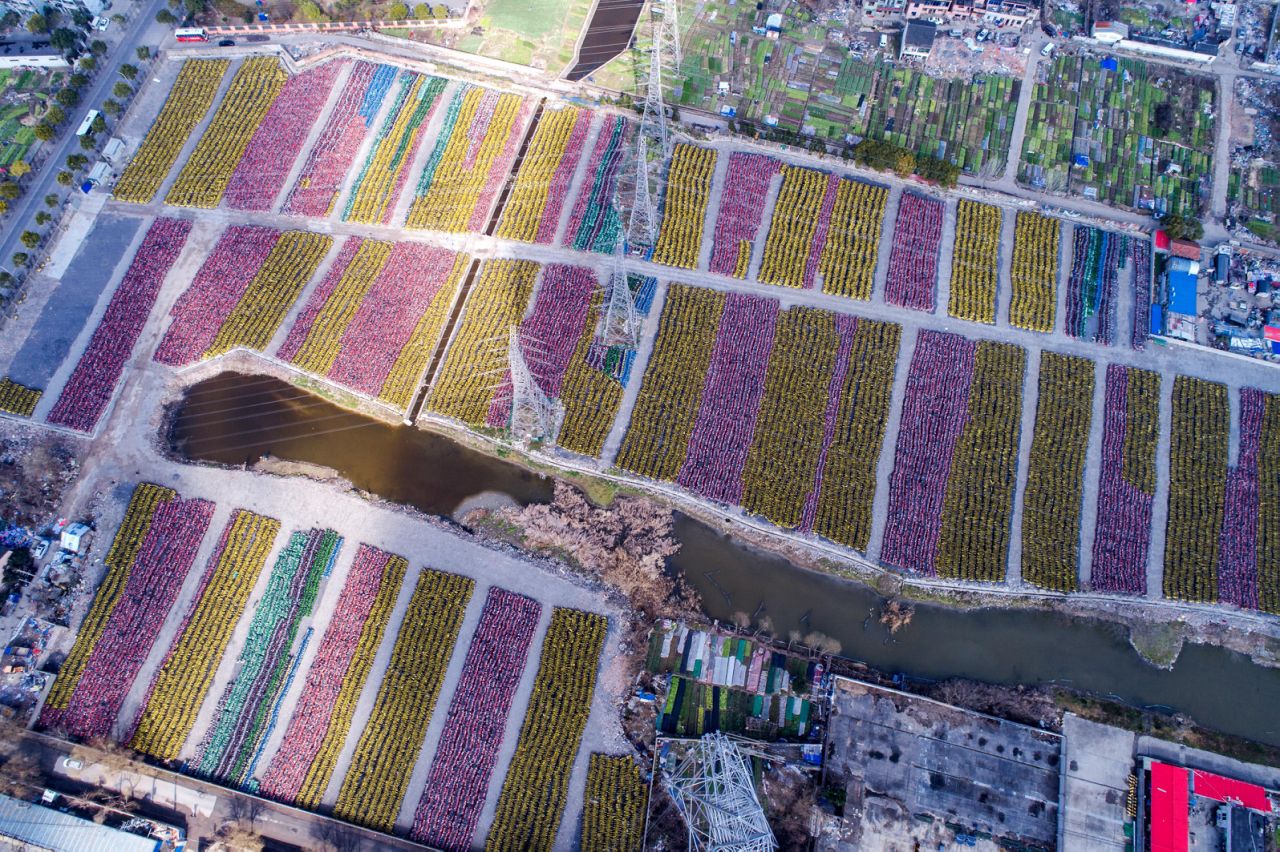 Shared bikes have overrun the streets of China. Bluegogo the Uber of bike Sharing in China went bankrupt last year. Leaving around 700,000 bikes locked and stranded on the streets. in just Shanghai there are more than 1.5 million bikes.

“The companies have saturated the streets of Shanghai with these bicycles, and the government is removing them and storing them. “It is sad to see such a waste of resources. Some of the bikes are piled up and probably not reusable in the future.”

Not sure who sorted them by color and stored them so nicely, but makes for nice pics. 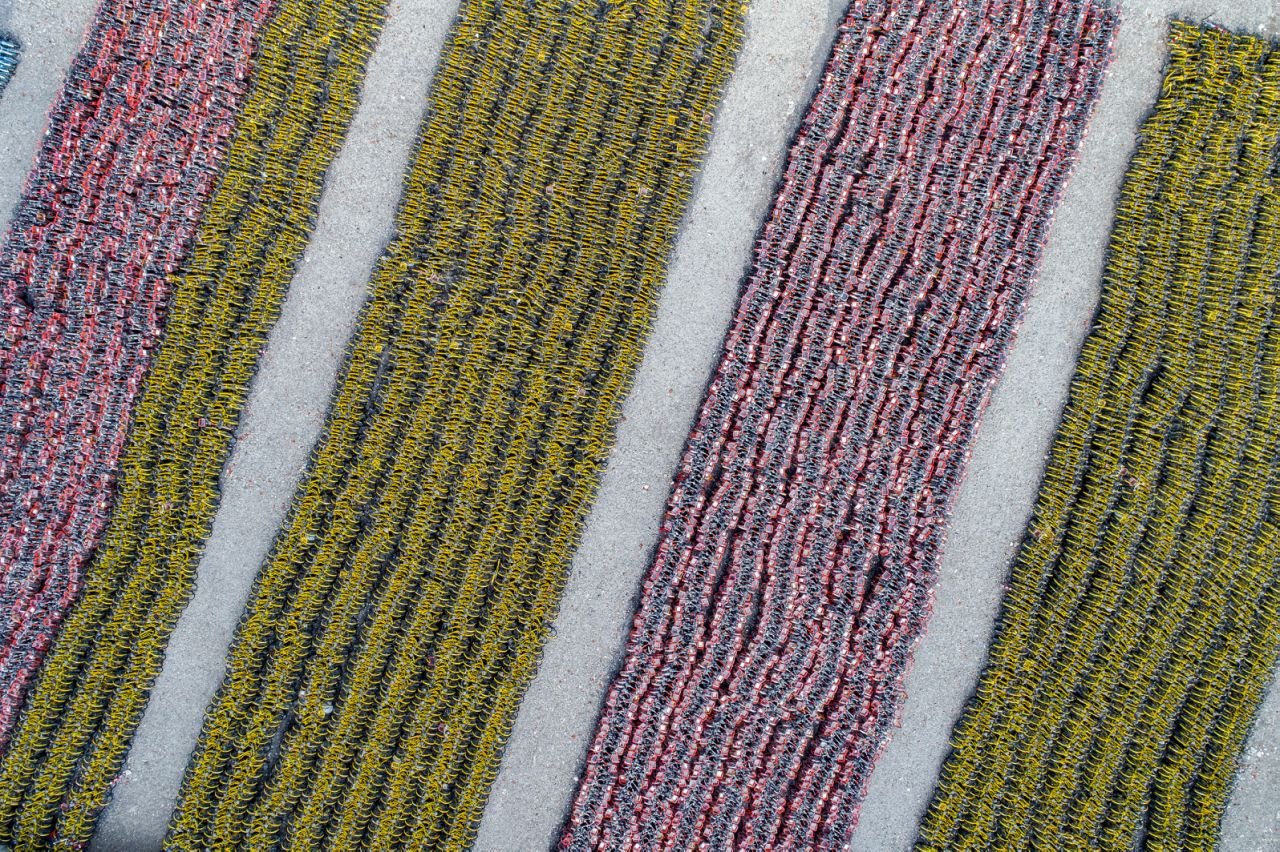 
His hypnotic photographs show thousands of bikes that have been abandoned in such a way as to make them look like massive tulip fields.

posted on Sep, 3 2018 @ 12:00 PM
link
Why don't they ship them to California for use by those there that adamantly fight against global climate change and the continued use of fossil fuels. I'm sure they would welcome the opportunity to reduce their own carbon footprint so easily.

Hell, send a batch to the leader, Al Gore. He doesn't need those personal jets anyways....right?

posted on Sep, 3 2018 @ 12:05 PM
link
I like the statement "some are piled up and might not be reusable in the future". Are they like fruit then, they go rotten after a few weeks.

originally posted by: crayzeed
I like the statement "some are piled up and might not be reusable in the future". Are they like fruit then, they go rotten after a few weeks.

If they are left out in the elements, then, yes. It's called rusting out. Happens everywhere unfinished metal is left to the elements. Even treated metals, left long enough in the elements will eventually rust away and be useless.

posted on Sep, 3 2018 @ 03:51 PM
link
a reply to: Krakatoa
Come off it. these are finished, painted and oiled bikes. It would take a couple of years for rust to be a problem, surface rust yes. Now if they can't come up with a solution in 2 years they may as well melt them down now. But then again it's China and they have form for producing not need stuff. Like they built a couple of cities no one lives in and no one wants to live in.

Orange and Silver (Pinkish in the first photo) = Mobike (My preference, through recently having some issues.)
Yellow = Ofo (Cheapest of cheap and plentiful.)
Blue = BlueGogo (Recently out of business and spent their customers deposits.)

It's a rather sad state that the companies just leave the bikes broken and in ditches etc. They do move them around often, I ride a Mobike to the subway at about 8am and there's a Mobike guy who then loads them into a truck and moves them elsewhere (A conspiracy!! Where do them move them!?!?!?)

They can and do rust out quickly in wet climates (southern China) especially Ofo which are the cheapest of cheap junk. That species doesn't auto-unlock - you must enter a code and manually open the lock. That's rather cheap in the shared bike kingdom where Mobike's auto-unlock after you scan a QR code. (Seriously the USA needs to adopt QR codes, makes things super easy!)

Thanks for the inside info.

Those are impounded bikes taken by the police for being parked in no share bike zones. I am 99% sure that photo is from Zhejiang Province near Shanghai as it has been circulating for a fair bit on Chinese social media.

Those are not new bikes fresh from the factory. Those bikes are not even made at the same factory. Mobikes are generally made in Tianjin near Beijing while Ofo is made in Hubei Province. Blue Gogo from their near Ofo copycat appearance probably from Hubei as well.

New Mobikes are primarily orange and have shed most of their silver. They sorta look Halloweenish but in a cool way.

I'd post photos by internet being persnickety in the office today.