Even the Ancient Greeks Knew the Earth Wasn't Flat

posted on Sep, 2 2018 @ 05:36 AM
link
It simply amazes me how intellectually deficient our modern society has become, when compared to our Ancient Brethren. To have people out there that actually believe the Earth is Flat is utterly moronic. I see all sorts of posts with idiots spending hundreds of thousands of dollars on rockets to prove a Flat Earth. All sorts of schemes for sensors and other absolutely REE-TARDED opinions. Climb a mountain, fly in a plane, then observe....The Curvature (Arc) of the Earth. The Ozarks (Aux Arcs) in Arkansas we're named because of this and I grew up seeing this in the mountains everyday. Regardless, despite the intellectual detritus of the feeble minded who's diet consists mainly of Cheetos and Mountain Dew. (Betcha Don't Know the Mystical Origins of Mountain Dew...😎)

To the point of the Title. The following is an excerpt from Plato's Dialogues, Specifically the Timaeus. For those of a sound mind, recommend you read the entire book, all sorts of goodies in there... Atlantis, String Theory, Quantum Bayesianism...ect

Remember Kids, just because it's new to you, doesn't mean it's new... All you see around you has existed before...and it will disappear again on schedule. 🤔

PLATO'S TIMAEUS, 390 B.C.
Wherefore he made the world in the form of a globe, round as from a lathe, having its extremes in every direction equidistant from the centre, the most perfect and the most like itself of all figures; for he considered that the like is infinitely fairer than the unlike. This he finished off, making the surface smooth all around for many reasons; in the first place, because the living being had no need of eyes when there was nothing remaining outside him to be seen; nor of ears when there was nothing to be heard; and there was no surrounding atmosphere to be breathed; nor would there have been any use of organs by the help of which he might receive his food or get rid of what he had already digested, since there was nothing which went from him or came into him: for there was nothing beside him. Of design he was created thus, his own waste providing his own food, and all that he did or suffered taking place in and by himself. For the Creator conceived that a being which was self-sufficient would be far more excellent than one which lacked anything;

I appreciate the effort in your post making the same points.

"Flat Earth" is an attention getter. Nothing more. 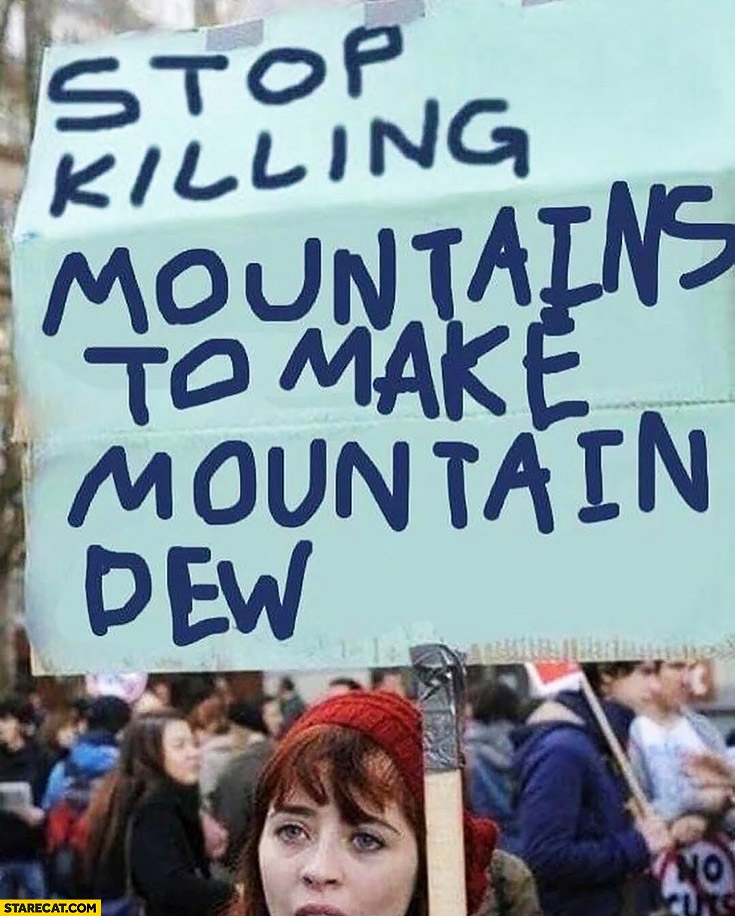 I'm more interested in these secret blue apples, where do I get them?

BTW the world is flat, I have brethren all over the globe who'll attest to this fact.

On a serious note, yes. A lot was worked out in the past and will be learned again, as humans we tend to be as smart as the group, certain people receive the credit but their thoughts and work are hardly ever done alone. Schools of thought, another thing the Greeks were very good at.

Flat earthers don't want to step out of their bubble, unlike the Greeks of ancient time who loved learning, debating and interacting with the world around them.

It is probably a CIA project to determine what percentage of the population is gullible enough to be made believe absolutely ANYTHING.

originally posted by: SecretsoftheBlueApples
Climb a mountain, fly in a plane, then observe....The Curvature (Arc) of the Earth. The Ozarks (Aux Arcs) in Arkansas we're named because of this and I grew up seeing this in the mountains everyday.

Actually your etymology hypothesis isn't even listed in the theories proposed:

Ozarks is a toponym believed to be derived as a linguistic corruption of the French abbreviation aux Arcs (short for aux Arkansas, or "of/at Arkansas" in English)[1] in the decades prior to the French and Indian War, aux Arkansas originally referring to the trading post at Arkansas Post, located in wooded Arkansas Delta lowland area above the confluence of the Arkansas River with the Mississippi River.[2][3][4] "Arkansas" seems to be the French version of what the Illinois tribe (further up the Mississippi) called the Quapaw, who lived in eastern Arkansas in the area of the trading post. Eventually, the term came to refer to all Ozark Plateau drainage into the Arkansas and Missouri Rivers.

An alternative origin for the name "Ozark" relates the French term aux arcs. In the later 17th and early 18th centuries, French cartographers mapped the Arkansas and Mississippi Rivers. The large, top most arc or bend in this part of the Arkansas River was referred to as the aux arcs—the top or most northern arc in the whole of the lower Arkansas. Travelers arriving by boat would disembark at this top bend of the river to explore the Ozarks; the town of Ozark, Arkansas is located on the north bank at this location.

Other possible derivations include aux arcs meaning "[land]of the arches"[5] in reference to the dozens of natural bridges formed by erosion and collapsed caves in the Ozark region. These include Clifty Hollow Natural Bridge (actually a series of arches) in Missouri,[6] and Alum Cove in the Ozark – St. Francis National Forest.

It is even suggested aux arcs is an abbreviation of aux arcs-en-ciel, French for "toward the rainbows" which are a common sight in the mountainous regions. After the Louisiana Purchase in 1803, American travelers in the region referred to various features of the upland areas using the term Ozark, such as Ozark Mountains and Ozark forests. By the early 20th century, the Ozarks had become a generic and widely used term.

We have the name of a local tribe, the bend of a river, French for land of the arches referring to natural formations, and toward the rainbows... but nothing here about the curvature of the Earth.

You are correct that the Earth is globular and that several educated Greeks knew this, but I would have cited Eratosthenes personally as the best example:

He is best known for being the first person to calculate the circumference of the Earth, which he did by comparing altitudes of the mid-day sun at two places a known North-South distance apart. His calculation was remarkably accurate. He was also the first to calculate the tilt of the Earth's axis (again with remarkable accuracy). Additionally, he may have accurately calculated the distance from the Earth to the Sun and invented the leap day.[4] He created the first map of the world, incorporating parallels and meridians based on the available geographic knowledge of his era.

He is called the "Father of Geography" for these reasons.

posted on Sep, 2 2018 @ 06:43 AM
link
I’m sure the number of flat earth believers have declined over time, the ones who spout it today think they are clever by being different.

Not clever, thick as mince, unfortunately social media gives them more of a platform.

And even earlier we have the Bible saying it too. Flat Earthers are a trip.

I am not saying the earth is flat, but you will never be able to observe the curvature from a plane or a mountain, now that is REE-tarded.

You can from a plane if it flies high enough.

posted on Sep, 2 2018 @ 07:57 AM
link
Everyone knows the Earth is Flat, else water would just wash away, no lakes or rivers. Cars wouldn't need engines, they would always be coasting down hill. Something something Kim Kardashian, something something John McCain, and lets not forget, Taco vendors would just roll away. Clearly that is Not happening .......PROOF... the world is flat.

posted on Sep, 2 2018 @ 08:04 AM
link
The earth is not a pancake.
The sun rises and ships disappear from horizon. If you start at a journey in one direction you eventually come to find where you started.

In some of the alchemical images we see people gathering the early morning dew. It is said that the morning dew is the matter of the Great Work, the substance to be worked on. Some people took this literal, and thought they had to gather the dew with clean sheets and then wring them out in a container. Then this dew water was used for distillation. It has been an old belief that the morning dew has certain rejuvenating energies, and therefore young girls would go out into the meadows and put the dew on their bodies in order to stay young and beautiful.
In hermetic alchemy, this is of course allegoric. When one goes into the inner self, as with meditation, one encounters the finer energies. As the finer energies precipitate into your awareness, this is like the dew that gathers on the grass.

posted on Sep, 2 2018 @ 08:58 AM
link
But an even more ancient document shows the movement of the sun suggests the earth is a plane:

To the west was the void into which the sun set. There opened those rocky caverns through which the sun passed under the earth and back into the Eastern Garden where his home was and whence he arose again in the mornings. So much was known.

I believe the flat earth movement is an intellectual boogeyman created to denigrate people who don't blindly accept other things.

Go around and ask family, friends, associates, anyone you meet if they think the Earth is flat. I bet you don't find even one.

IMO one of the bigger problems is when people feel superior, and Think that everybody is just retarded for not believing the same or knowing the same.
If you where to discuss flat earth theory, with an open heart, people will have more respect for your oppinions, and you May be able to teach them something.
Instead you ridicule, and people wont listen to you, because NO-ONE likes an idiot Who ridicules them. So you re actually part of the problem youre takling about... so maybe your not so smart as you Think.

The problem with being the smartest man on earth, is that everybody Else is idiots...

It is more likley to make conspiracy theorist look stupid.

You can blame the Church for a lot of this. When I say Church, I don't mean Pat Robertson/ Osteen- I mean the bunch from the early, 3 digits on AD, that for whatever reason went on a bent like this well before we got to this stage again. I am willing to bet religion is behind this resurgence, as they like to run the same scams every few hundred years or so.

Anything that tastes that vile, I am sure is the blood or urine of some ritually awakened demon with a nasty infection.
edit on 2-9-2018 by wylekat because: (no reason given)

Pretty sure the flat earth society started as a satire. I remember years ago someone i worked with was extremely intelligent, and loved to troll on social media about flat earth and thought of clever ways to defend it. But of course, some people actually believed it.