posted on Aug, 30 2018 @ 11:56 AM
link
I'm no fan of Trump but I have to admit the one thing he really did well is make people more suspicious of all forms of corporate media.


According to a recent Knight-Gallup report, only a third of Americans view the press positively.

There is increasing evidence that this skepticism, exacerbated by the president’s relentless attacks, is trickling down to the next generation of voters. A 2017 report on a series of focus groups with 52 people between the ages of 14 and 24, conducted by Data & Society and the Knight Foundation, found that many young Americans believe the news is biased and are skeptical of its accuracy. “There was no assumption that the news would convey the truth or would be worthy of their trust,” the study reported.

Teenagers, in particular, appear to be increasingly questioning the credibility and value of traditional media organizations. In interviews with The Atlantic, teens expressed great skepticism about the accuracy of the mainstream media, reiterated Trump’s biased characterization of many news sources, and said the president’s outrageous tweets have become so much a part of everyday life that they’ve morphed into catchphrases.

A teacher even notice the effects of Trump's attack on the media:


“When I first started teaching, the word of The New York Times was practically gospel, but that has changed in the past few years,” she said. “The current climate has had an impact. Some of the students make disparaging comments about CNN and ‘fake news.’ And some roll their eyes at Fox.”

The teacher even commented that students will write off CNN, Fox or other corporate news sources.

Carver said she’s had to alter which news sources she uses to teach her students, since if she presents an article from the wrong “side,” students will write the information off. “If I present CNN or Fox, that may automatically cause some limitations,” she said.

I would argue though in a way its also CNN and other news media's fault that they lost their credibility.

For example, CNN just last year threatened to dox someone over a stupid meme while in the beginning of 2018, media outlets were fawning over Kim Jong Un's sister during the Olympic.


The New York Times, The Washington Post and ABC News, among others, have faced backlash for articles that borrowed comparisons of Kim Yo Jong and Ivanka Trump from South Korean media, and for using cheery descriptions of North Korean spectators’ “synchronized chants” at sporting events.

posted on Aug, 30 2018 @ 12:10 PM
link
I was literally just having this conversation with my father this morning. He is a baby boomer who believes everything that is on TV. I honestly think he thinks the media doesn't lie.

The reason this was brought up was that he was talking about John McCain's viewing at the State Capitol and how he went and what an emotional experience it was.

I called him out on the fact that when McCain ran for president my dad hated McCain and talked nothing but crap about him. Now he's "dead" and the media is telling my father he needs to grieve so my father is grieving.

I really think that the baby boomer generation grew up with the news being the best source of information and that is why they buy it hook line and sinker.

The new generations have unlimited resources for information so we are seeing a divide in who believes what from where.


I think it also helps that traditional TV is dying. Everything now is streaming services and downloads. The dynamic is changing and the dinasours (TPTB) are trying to hang on to our minds as long as possible.

What did you expect?
The media told kids trump was evil and would destroy the country.

posted on Aug, 30 2018 @ 12:19 PM
link
I'm a baby boomer and I realize all news is suspect now. The thing is there's an easy way to remedy that and it appears the millennial generation is just too lazy or to solidly entrenched in their position .

I watch and read what both sides of the biased media to see what have to say. Then I take their positions and research them to form my own opinion.

If you don't listen to both sides of the story you're only getting half of the information .


Back in the day we had a saying. "Do you believe everything you read "?

These teens though are Generation Z so they are an entirely different generation from Millennials.

I do see your point, it seems my generation (Millenials) are either to too lazy or actually buy into the propaganda.

Just look at the SJW movement, they are the result what happens when Millenials buy into the propaganda.

I would also argue though that they were turned off by the corporate media due to the rise of the SJW movement and their abhorrent behaviors (Blocking freeways, shouting for safe spaces, acting like spoiled brats etc.)
edit on 8/30/2018 by starwarsisreal because: (no reason given)


That is why it was so crucial for the Corporations and Govt't to get full control of the Internet by repealing Net Neutrality.

repealing Net neutrality gives your ISP (Verizon,Comcast,Att) full control to legally control what sites you get to access.

Luckily you will still have access to the most accurate news sources that are unbiased such as Facebook,twitter,etc.


Luckily they aren't restricting what content is acceptable for adults to read within social media and they wouldn't dare to restrict access to sites they consider unworthy in the future. /sarcasm.

posted on Aug, 30 2018 @ 12:39 PM
link
i think that teacher needs an education. Trump calling out the news is not the cause of people not believing in the MSN. it is just a symptom of the media's lack of trustworthiness. something that the main stream media only has themselves to blame for. and the distrust goes back years before Trump ever ran for President. in fact that lack of trust can be pretty much traced right back to the internet being available. with spikes of people starting to distrust them after events like 9-11.

Interesting OP, but here's a quick observation that sort of begs the question.............do the teens even watch TV News?

I ask because as a grandfather of 4 boys, I can tell you right now they'd rather sit in a corner without their games than turn on the TV news............they hate TV news; why? All the commercials! CNN can't hold their attention. Fox can for a few minutes if the skirts are short, but then..........its out the room and onto something else.

So another question came to mind when writing this response...............do the idiot Teachers in the middle and high schools actually force the teens that are Gen Z to watch CNN segments? That's sad if true. But my grandkids can sniff out BS from a mile away! Not only do they see the TV news as BS; they see a lot of the school indoctrination as BS!

When I was in my 20s I was screaming liberal too. Two things happened to me. I grew up and I started paying taxes.

I doubt the former will ever happened to the social justice warriors.( College age ) But thankfully the latter will apply and might shake some sense into them .

Did anyone else as a teenager watch mainstream news whatever generation you are from, I dont recall any of the major incidents which happened during my teenage years when I agreed with my nan to "watch this its interesting", no thanks I going outside.

Teenagers will never watch the news unless read by (i had to google someone thats how old I am) 6ix9ine, yeah thats a name

I did pay attention, but I was more involved intellectually than most.

posted on Aug, 30 2018 @ 03:29 PM
link
Just wait until they start labeling these disbelievers as mental unstable for not believing mainstream. Maybe they will actually come up with some sort of pharmaceuticals to correct this 'illness'.

Who would have thought that the powers that be are actually creating their own demise.

posted on Aug, 30 2018 @ 03:33 PM
link
Things that would have had Americans angrily marching in the streets a generation or two ago are now just accepted as “normal”

posted on Aug, 30 2018 @ 03:33 PM
link
An engaged teacher could make it a nice comparison/contrast exercise. Bring in different examples of media on the same story and have kids do ven diagrams and pull out fact and opinion while they're at it.

But that would be dangerous, you know teaching kids to think instead of just telling them what to think.
edit on 30-8-2018 by ketsuko because: (no reason given)

I think when CNN doxxed the guy for making a meme, I think that's when a lot of teens focused on the mainstream media since meming is a very strong part of today's teen culture.

Attacking someone who created a meme is an attack to their culture.

posted on Aug, 31 2018 @ 12:49 AM
link
There was a bill signed in 2015 that set in motion what we are seeing today with all the alternate sights being banned. Many will not believe that the military/CIA/Deep state told the mainstream news sights that they need to take back control of the government propaganda and silence all who are disparaging the official word . The bill was signed for the next president according to Obama; which everyone thought would be HRC. That is one big reason MSN pushes the hate Trump narrative because he is not part of their plan. This is nothing new as The CIA has admitted that they had people on the payroll both in printed news and broadcast news even back in the 70s. If anything they have stepped up their game. youtu.be...

Less we forget the CIA is made up with great government sanctioned Americans who were running or allowing drugs into America. The end justifies the means and anything else is just in the way or collateral damage in their minds.

The big market place that is China and their internet security/social score of the citizens is exactly how some would like Americans to end up. Controlling the internet and the news is just one step along that road. They want the masses reading from the same official playbook. Left right in many cases is just two sides of the same coin held in the hand of the NWO.

Anyone who only watches and listens to MSN and especially CNN is living in a cocoon of NWO state directed lies, IMO.

I for one am glad the younger generation can see through much of the B.S. which is not surprising really, as they are all over the internet hearing all kinds of rebuttals or reading when MSN has gone with a fake news headline and ends up with egg on their face....
edit on 727stk18 by 727Sky because: (no reason given) 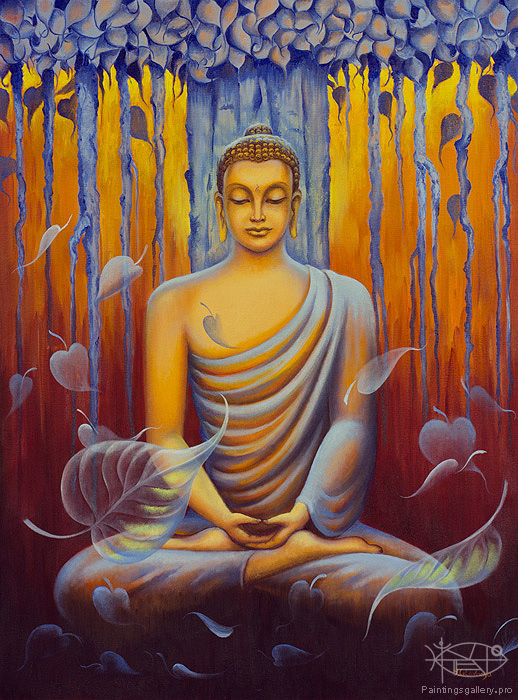 What are you talking about,teens are the tools of media,they show them as senseless fools,they have no ability to learn from public school training,the worlds future looks Fed up