originally posted by: NarcolepticBuddha
Have you ever spoken positively of someone, only to have them turn around and stab you in the butt?

But the problem is with them not you?

Also still you probably should not do that anyway because in the end everyone will end up thinking you are not reliable for those things?

Maybe it should be better to just say well I know someone who may be a fit for this, but you need to check them first to be sure as I can't 100% recommend. Or something like that?

🤔.. in the butt ? .. no.. but in the back ( to the extent that it hits your heart ) .. very much so.
Has happened all my life, and I still don’t give up totally on people, though I must say I’m much more of a recluse because of the judgemental way people can be.

originally posted by: Sheye
a reply to: NarcolepticBuddha

I wasn't exactly referring to matters of the heart. I just feel defeated and stupid for believing in the goodness of people who unexpectedly serve me up a plate of rotten clams!

lol I get what you mean but it is just better not to be around or talk or make friends.
I feel bad for toby thought... geez

posted on Aug, 30 2018 @ 12:40 AM
link
Treat them even more with compassion and love. Because, one day they will look back over their life and witness, from the perspective of others, how they have been and without the filters of their own dishonest self-view; they will see what it is to have been seen by everyone around them, and that truth will ruin them...

and you can skip down the street, whistling nonsensical tunes and smiling at strangers

Now, pick yourself up, dust yourself off, get yourself a spoonful of concrete and...... always remember EVERYONE's a # until proven otherwise, so don't give it away easy.

posted on Aug, 30 2018 @ 02:58 AM
link
there arent many types of replies you can get when you ask such a question. they will say
-go berserk
-go back to your own live and try to ignore them, learn to trust none
-dont mind what they do or say and still insist to act like you did before.
-try to talk to your friends about it or your god or your angel whatever.

DO NOT TRUST PEOPLE. Plain and simple.

originally posted by: Damla
I am more of an avenger type.

Ohh, but don't you stand out in your Bowler hat? 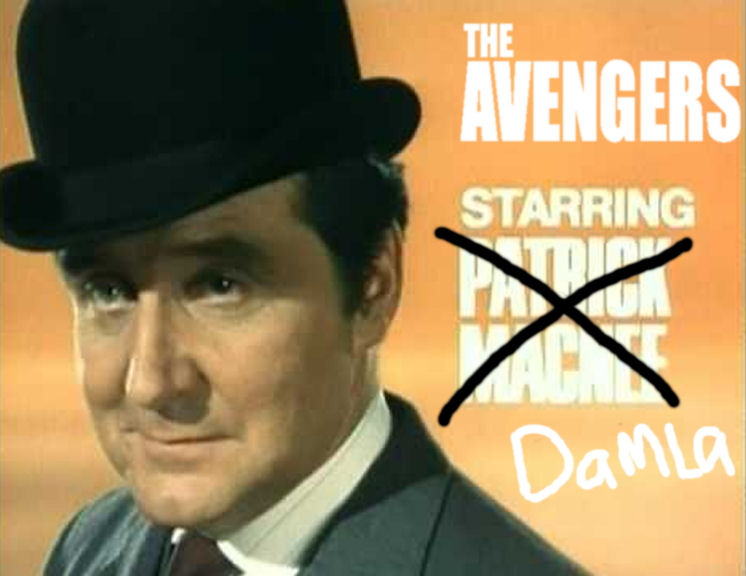 posted on Aug, 30 2018 @ 12:35 PM
link
Please pardon if I don't intend to plant a boot in your rear, would rather offer you some important, honest advice. I beg you, if you're of goodwill and can stand yourself, in good conscience, do not pay a scintilla mind to gratuitous haters. They are out there, in droves, everything from trolls to bigger psychos, their goal to get to you, as it gives them a bent sense of power, as they are, in fact, people of very low self esteem, lowlifes, some so low that a victory in their life is having power over somebody in a comments forum, as they're lower than most others, themselves, in their real lives. Your serial killer is generally somebody of such hopeless self worth, fear and lack of control in their own lives, they resort to terror and killing as a means to have some power or control.

Speaking of which, generally speaking, don't give people the total benefit of the doubt you don't know. Sure, don't presume them evil, but neither presume them good, and respect is earned. You really shouldn't need everybody to like you, or you are in for one miserable, narcissistic ride of a life! Otherwise, instead of getting upset, at somebody who so offends you, just ask them when they stopped taking their meds, learn to have fun with it. I don't know, reply to them something like, "How long have you been constipated? LOL!" And, yes, laugh, being happy you're not them, putting them on ignore, best thing. Or learn how to box, if you insist on getting into scrapes with borderline lowlifes, that are sitting in their underwear, in their mothers' basements, preying on everybody in sight.

Okay? Hope this helps. You must not let this world jerk you around by a string, and you do have power over simply allowing them to piss you off. Just forget about them straightaway, be happy, be glad they don't live next door, and move on to using your time for something useful and somebody worthy.
edit on 30-8-2018 by Scrutinizing because: More tha one Mama, I reckon...

originally posted by: Justso
Fool me once, shame on you; fool me twice, shame on me. Live by it.

Doesn't that go, "Fool me once, shame on — shame on you. Fool me — you can't get fooled again."? Not sure. Maybe I'm not the decider of that one.

That's not the way I've heard it-but, whatever works for you.


Yes. It is shocking when it happens.

I started a job at an elementary school 5 years ago, and there was another new woman who started with me. We were instant friends. We had meals together, including with my child.

She was a well to do retiree who was bored with being retired and decided to work. I was a struggling single mom (still am) who needed to work as much as I could around my sons schedule.

Anyways 4 years pass, we are good friends and coworkers; I thought she was the greatest woman. We both work a couple of extra positions, but at different schools, and I substitute sometimes. I get another position for after school counselor; and her stance was, “Oh I would never want to work with the 3rd to 5th graders, she preferred kindergarten. No worries, I loved the 3rd-5th graders and was absolutely loving working with them.

One day, she decides she wants to work at my school instead (no idea why). I am excited to have her with me. Yet we don’t talk much because we alternate groups. I always had the boys football, dodgeball, and computer time. Not sure what her groups were, as she only covered when people were out.

To my horror, while sitting at a table with a student, I overheard her talking smack about me. I couldn’t believe she didn’t see me sitting at the table next to her.

Turns out she just wanted my position; I couldn’t believe she would resort to such means. So, I wasn’t letting her get away with it; I told her best kissa$$ buddy what happened knowing full well it would get back to her.

The very next day, I walked by her and said Good Morning in the cheeriest voice I could; and she literally said “ Oh, you’re still talking to me”. I replied, why wouldn’t I be”?

Her guilt ate away at her until she got fired for saying inappropriate things to a student.

I don’t hate her, or wish her ill will. Her life is apparently sad enough!


Moral of the story: Hold your head high, Karma will do the rest!

This is exactly the kind of stuff I'm talking about. Cannot believe people pull that crap.