posted on Aug, 29 2018 @ 01:32 PM
link
This article came out in June concerning a lawsuit against the Obama administration over abuse of unaccompanied minors . If this had happened under Trump. The left would have climbed on their soapbox and would be screaming torture.

But since it happened under Obama there has been very little if any outrage from the left or the liberal mainstream media. ( this is from CBS so at least they touched on it )

The hypocrisy of those people knows no bounds. They will gladly champion a cause while ignoring their past transgressions in order to advance their political agendas .

The lack of action from all parties on the left shows they aren't concerned with the children they are just a tool.

WASHINGTON -- Immigrant children as young as 14 housed at a juvenile detention center in Virginia say they were beaten while handcuffed and locked up for long periods in solitary confinement, left nude and shivering in concrete cells. The abuse claims against the Shenandoah Valley Juvenile Center near Staunton, Virginia, are detailed in federal court filings that include a half-dozen sworn statements from Latino teens jailed there for months or years. Multiple detainees say the guards stripped them of their clothes and strapped them to chairs with bags placed over their heads.

"Whenever they used to restrain me and put me in the chair, they would handcuff me," said a Honduran immigrant who was sent to the facility when he was 15 years old. "Strapped me down all the way, from your feet all the way to your chest, you couldn't really move. ... They have total control over you. They also put a bag over your head. It has little holes; you can see through it. But you feel suffocated with the bag on


Hypocrisy at its finest

Keep in mind during obama reign there was a huge influx in children coming here alone vs now where we are separating families.

originally posted by: 14377
The hypocrisy of those people knows no bounds. They will gladly champion a cause while ignoring their past transgressions in order to advance their political agendas .

This really seems to apply to just about any self-selected group of people, not just the left.

Oh yeah, as someone who leans to the left on some issues, I am outraged that the Obama administration would allow this to happen. Thank goodness those rotters have been voted out of office!!!!

I can't guess whether Obama was aware or not. But it did happen under his administration and he should have been aware . Where was the Southern Poverty Law Center ? Where was the UCLA ? Where were the immigrant rights advocates? Where was the investigative reporting from the liberal mainstream media ? Where was Comey's FBI? Where was the Federal Bureau of prisons ?

While I can't prove Obama knew about it. It seems highly unlikely he didn't .

Well perhaps before pointing fingers we could track down the date of the accusers coming forward with this story and see if it is even possible that anyone knew at that time of if these are new allegations.

A separate lawsuit was filed in 2016. Those allegations are from 2015 . I'm inclined to believe if it still happened under the Trump administration it would be front-page news .
edit on 29-8-2018 by 14377 because: Dyslexia strikes again Lol

originally posted by: 14377
a reply to: howtonhawky

A separate lawsuit was filed in 2016. Those allegations are from 2015 . I'm inclined to believe if it still happened under the Trump administration it would be front-page news .

Well then yes it looks like this was ignored by the former admin..

I do not think making it a political ball will help those effected.

There are allegations of abuse coming in now that involves the current detention of families such as molestation among others.

So i would summarize that tragic events like this are not bound by politics or time but the way they are handled by both admins should be focused on now.

Surely trump will not kick the proverbial can down the road on the issue as obama seems to have.
edit on 29-8-2018 by howtonhawky because: (no reason given)

My thoughts are a little different. If it would've been handled under the first administration there wouldn't be any problems for the second administration.

Yes you are correct that the situation in the op was dumped on the current admin.

However the current round of molestation and torture claims rest fully on the shoulders of the current admin..

The reason is because it was never ever policy to separate families and has only happened in the past in a minimal amount of cases where immediate danger to children was presented to officials vs now it was being done in all cases. Hence zero tolerance. Many of the children detained under trump that were abused would never have been detained without the new policy.

Both sides should own their deeds but it is up to the current admin to deal with all the mess.

"This week alone, hundreds if not thousands of children will lose parents to our broken immigration system, which causes needless family separations every day. A recent report noted that more than 72,000 children lost parents to deportations in 2013 alone. Against that backdrop, President Obama and his Administration would do well in moving to provide relief to immigrant families who would otherwise live in fear of separation.

Here's One from Vox

At the same time, there was a rapid increase in the number of parents arriving with young children. In fact, nearly as many family units (68,445) were apprehended at the border in fiscal year 2014 as unaccompanied children — over three times as many families as were apprehended the previous year. Both of these influxes were concentrated in the Rio Grande Valley on the Texas/Mexico border.

This overwhelmed the systems the US had in place to deal with migrant children, to the point where Border Patrol had to keep children in temporary facilities on military bases. That was enough to capture the attention of the American public, which for much of summer 2014 was concerned with stopping the "border crisis."

Personally unaccompanied minors and separated children makes no difference to me. They're all just kids .
edit on 29-8-2018 by 14377 because: Link needed

Yea that was not happening at the border and is a separate but true issue.

Those are cases where people were deported after residing here and leaving children behind with other family and such.

Border separation is new with this admin except for a few cases where immediate danger was presented at time of apprehension.

Separation by geographical location is not be a sticking point for me. By the way this lawsuit was filed in October 2017 . In the article it says it's not clear whether any of the detainees are from the Trump administration policies .

The way I look at it this whole boondoggle falls squarely at the feet of the Obama administration .

I mentioned earlier that if Trump was doing it they will be calling at torture. In the first picture they appeal to Melania. I doubt anybody can find a protester appealing to Michelle . 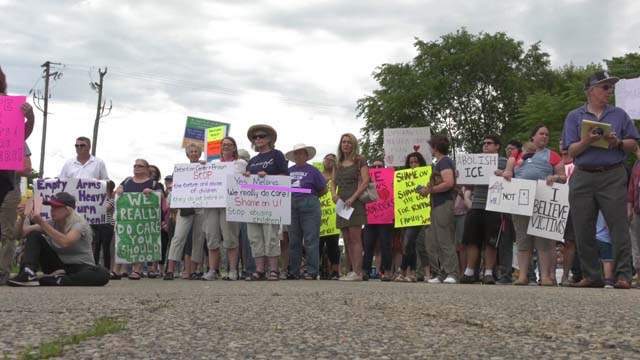 But right on time they are calling it torture when it refers to trump. 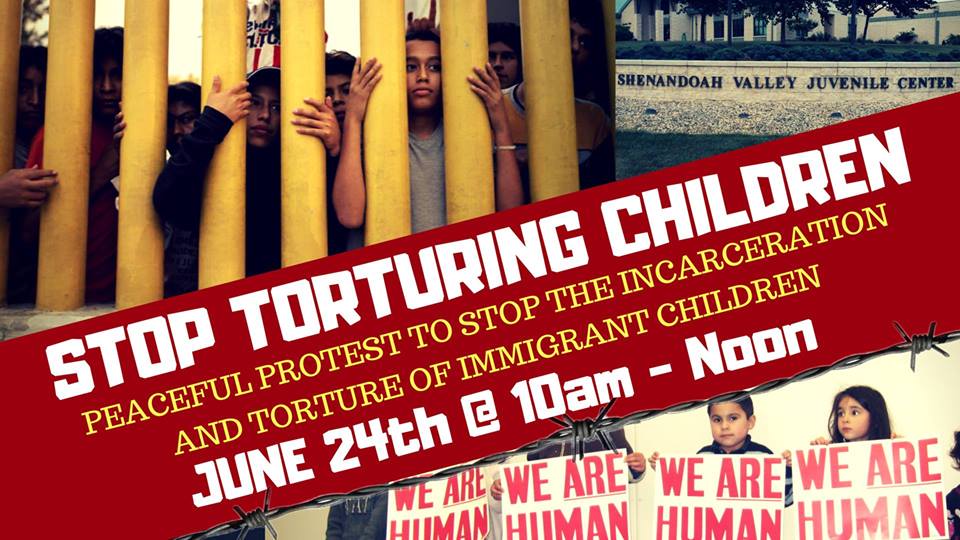 People on both sides care about this issue. It's just that the Liberals were kept in the dark until they could be wound up and pointed in trumps direction. The liberal media cares about this only when it benefits their ideology .

So oct17 means that the trump admin (sessions) will be the one responsible for seeking justice and the obama admin did not ignore this issue but the clock ran out on them. They did not have time to address it but should have left some bread crumbs for the new admin.

It will be interesting to see how these charges and the new ones will be handled.

Separation at the border is viewed by the government as a different situation than separation inside the states. The biggest difference you may have missed in the two is that when they separate families at the border they detain the kids where inland they usually have family to take over the custodial rights.
edit on 29-8-2018 by howtonhawky because: (no reason given)

posted on Aug, 29 2018 @ 05:01 PM
link
where are all those who had to voice their opinions on how bad Trump was for something like this? too busy looking for another whore to get behind?

It is always the same , Obama Hillary and Democrats = well intentioned or unaware . Trump racist bully liar . The Media is no different . Remember they didn't like Reagan either

But that's not even my point. My point is that Obama is also to blame. Yet once again all the anger is only directed at Trump. Do you think that's fair ?

I do not disagree with you there.

It is in our face that facts are beside the points made in the media and often it spreads to our own opinions.


My point is that Obama is also to blame. Yet once again all the anger is only directed at Trump. Do you think that's fair ?

I think it will be fair to hold the responsible parties to account fully for the events and get down to the bottom of the events.

There is not much fairness one will find in the media these days.

I am now wondering if trump has a list of the offenders? Do they still have jobs? Hopefully they will be not in a position to harm anyone else.

The only thing trump has control over is too clean up the mess cause the media is not gonna cut him any breaks on anything. If he makes the right moves then his deeds will outweigh the hyperbole against him.

I would love to see a detailed investigation on the whole mess. I just don't have a lot of confidence in the government investigating theirself in matters like these .

I would be interested in knowing what the stats show later and if "zero tolerence" caused a known decrease in child human trade.

This is real issue no one really touches upon.

Child trafficking is occurring, non-stop, daily. Imo, if you can't prove you are the parent(s), time to protect the child.