Alright guys I think its time all of us on both sides of the isle had a good laugh and relieve some tension. Post your best memes, stand-up, video edits, impressions or anything you got that you think is funny that makes fun of politicians or political pundits.

Alex Jones was recently banned from some major social media platforms. Some of you might have wondered if that hurt his pocket. Well it did, but not for long because what he did was fall back on his little known talents, music, editing and producing.

I'd like to introduce you to Alex Jones' hit album! Here is the intro song on the album called 'It's Alex Jones'. Good stuff!


Alex Jones' hit single off this album called 'Gay Frogs' debuted at number one on Flytunes and has sold over 10 million copies! Here it is below!

Alex Jones has lots of friends in the mainstream media and in this next track he "colluded" with some of his MSM friends and produced this next hit that has become something of a cult following with his leftist friends! It's called 'Trump, Russia, Possible Collusion'. Check it out!


We All know Alex Jones is a very powerful and well connected man that likes to win. In this next track Alex colluded with the master of collusion him self in this winning track called, 'TOO MUCH WINNING!'

Alex Jones is a multifaceted guy and believe it or not he even has an evil side. In this next track he collaborated with the master of evil her self. She didn't like the title of the track but she was fine with it once she found out how much money it would make! 'Hillary Clinton Is Evil!'


Here is the last track Alex did on this album. Alex was able to get Comey and his mistress Hillary Clinton to do a duet titled 'What Difference Does It Make?'

We all love Maxine Waters, right?

Well thats all for now folks. Lets see what you got. Remember memes, pictures, videos, its all fair game. If you are having fun then flag this post for more exposure and participation for even more fun!

RE: Lets Make Fun Of Politicians And Pundits

Wait, I thought that was every thread?

That's not a knife!

i will be along shortly to contribute

Can't leave out this one -

originally posted by: TinySickTears
someone please dig up some dubya classics

i will be along shortly to contribute

Good idea, I'll add some to the OP

I guess this fits here ? 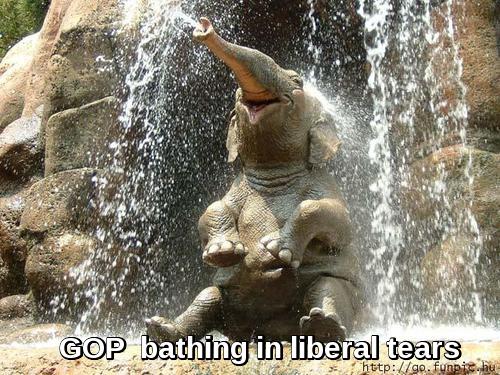 And this one still makes me laugh.

I guess this fits here ?

I made that one. The first time I posted it I got banned from Twitter. Go figure ?


Absolutely! Good job, that would make a good desktop image

Not if my wife sees it !

POTUS on the Jeff Sessions appointment .

Not if my wife sees it !

POTUS on the Jeff Sessions appointment .

Lmao can you add text to that?


I dont know how either thats why I asked if you could.