Saudi Arabia's state media on Monday tweeted a graphic appearing to show an Air Canada airliner heading toward the Toronto skyline in a way that recalled the September 11, 2001, terrorist hijackings of airliners that struck the Twin Towers and the Pentagon.

The graphic warned of "Sticking one's nose where it doesn't belong!" and included the text: "As the Arabic saying goes: 'He who interferes with what doesn't concern him finds what doesn't please him.'"

CAN someone embed the Graphic please thank you in advance
edit on 6-8-2018 by TheJesuit because: (no reason given)

posted on Aug, 6 2018 @ 03:44 PM
link
Still can't believe that the Saudi's blew up the world trade towers and we do nothing to them and invade one of their enemies, Iraq. Very interesting. 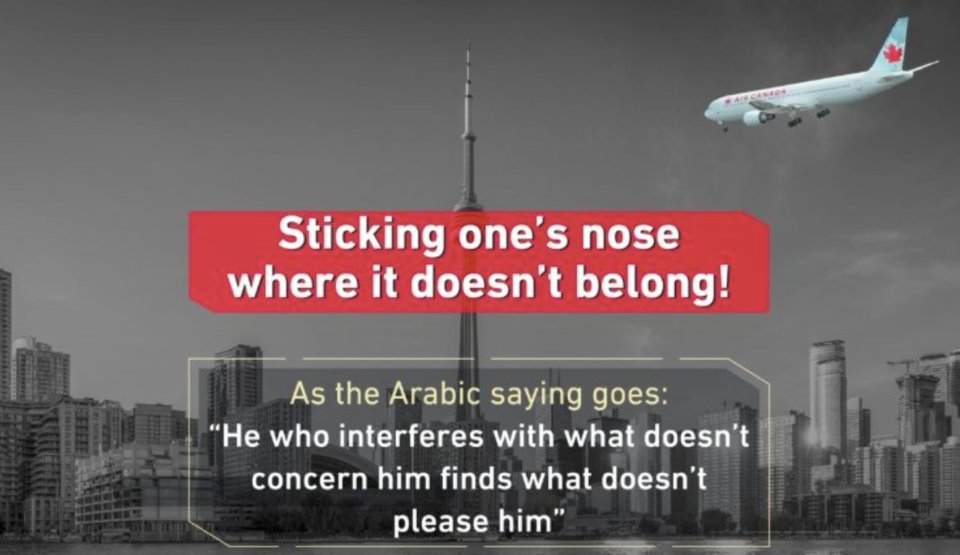 posted on Aug, 6 2018 @ 03:48 PM
link
Thanks for embedding it just goes to show what the entire ME region really thinks about western culture...