originally posted by: Zcustosmorum
Let me clarify, I hate both the republicans and the liberals and my point is solely on the Russian narrative thing, specifically, if anyone didn't actually figure out that the Russian collusion/election tampering thing was complete rubbish months ago, possibly even longer, then you are a complete moron

Max boot is a conservative, and Russian-born no less.

he is a CINO. "Conservative in name only"

posted on Aug, 4 2018 @ 01:39 PM
link
Don't forget about the upcoming midterms. If things don't turn out as planned and the liberal theater division loses more spots, they will surely blame this on those evil pesky 'russians'.

They will keep this narrative alive until then. Then when/if they lose they will be able to tell their followers that outside influence is causing all of their pain. Then their followers can rest in comfort knowing that their ideologies aren't dying a slow death, but satan himself came from beyond the veil to cause this travesty of justice. This is very important as most of the followers of tyranny and corruption are very herd minded. If enough losses are accumulated, these insecure people will surely jump ship. This is an important point of time, maybe even critical to keep up the illusions.

I think there are stories out there that claim the liberal theater division, NPR, is already running stories of how 'russians' may be trying to influence the midterms.

lol... Their was nothing said in that entire debate, which proves whether Trumps a "Russian puppet" or not, one way all the other.

Some people are just simple I guess, totally incapable of actually comprehending the substance of whats actually said... They just like hearing 'their side' talk the loudest and get the last word in... it some how vindicates peoples chosen ideology, in their feeble minded little heads.

originally posted by: Bone75
If Trump really is Putin's puppet, then I'd like to invite Putin to run in our next election because he's doing a pretty good job of running our country at the moment.

I would have voted for Putin over Hillary in the last election and I'm still a registered Democrat (not for long).

originally posted by: Bone75
If Trump really is Putin's puppet, then I'd like to invite Putin to run in our next election because he's doing a pretty good job of running our country at the moment.

Good one! Ill have to use that some time

Is Max Boot supposed to be some sort of analyst? He came across as a Trump hater. He looked like he was about to cry when he said "Russia Attacked Us!"

wow that video made me sick! Max Boot and Anderson Cooper are terrible people. They're enemies of The USA. The way they acted was very frightening. There is some sinister movement going on at the moment. Max Boot and Cooper seemed so organised in their way at attacking Cohen.

Is Max Boot supposed to be some sort of analyst? He came across as a Trump hater. He looked like he was about to cry when he said "Russia Attacked Us!"

He (they-Liberals) is/are likely practicing their crying for when the blue wave never develops, even though the CNN polls assure us it will happen. Now where have we seen that story before?

originally posted by: Zcustosmorum
Let me clarify, I hate both the republicans and the liberals and my point is solely on the Russian narrative thing, specifically, if anyone didn't actually figure out that the Russian collusion/election tampering thing was complete rubbish months ago, possibly even longer, then you are a complete moron

And you don't need to even like Trump to comprehend exactly how pathetic folks are easily led.

My favorite was I don't run defamation campaigns I run hard facts and analysis. Russia does defamation tactics and we use to but we have to stop!

posted on Aug, 4 2018 @ 07:05 PM
link
When Boot starts attacking Cohen it's obvious he's a leftist at heart no matter what he labels himself or anyone else.

That's a tried and true Alinsky tactics used by the left right there.

No surprise this was on Anderson Cooper who is gay and would be persecuted in Russia.

The guy is a friggin joke. Does he not know that we already did in fact sanction Russia? Yeah look it up all you Trump haters. Every one of you that thinks Trump is/was in collusion with Russia look it up.

One of the first things the Trump administration did when Trump got in office was sanction Russia and as far as I know those sanctions are still in place and in fact there were new sanctions added in April.

The professor is absolutely correct and Cooper and his buddy are both idiots.

originally posted by: DJW001
a reply to: shawmanfromny 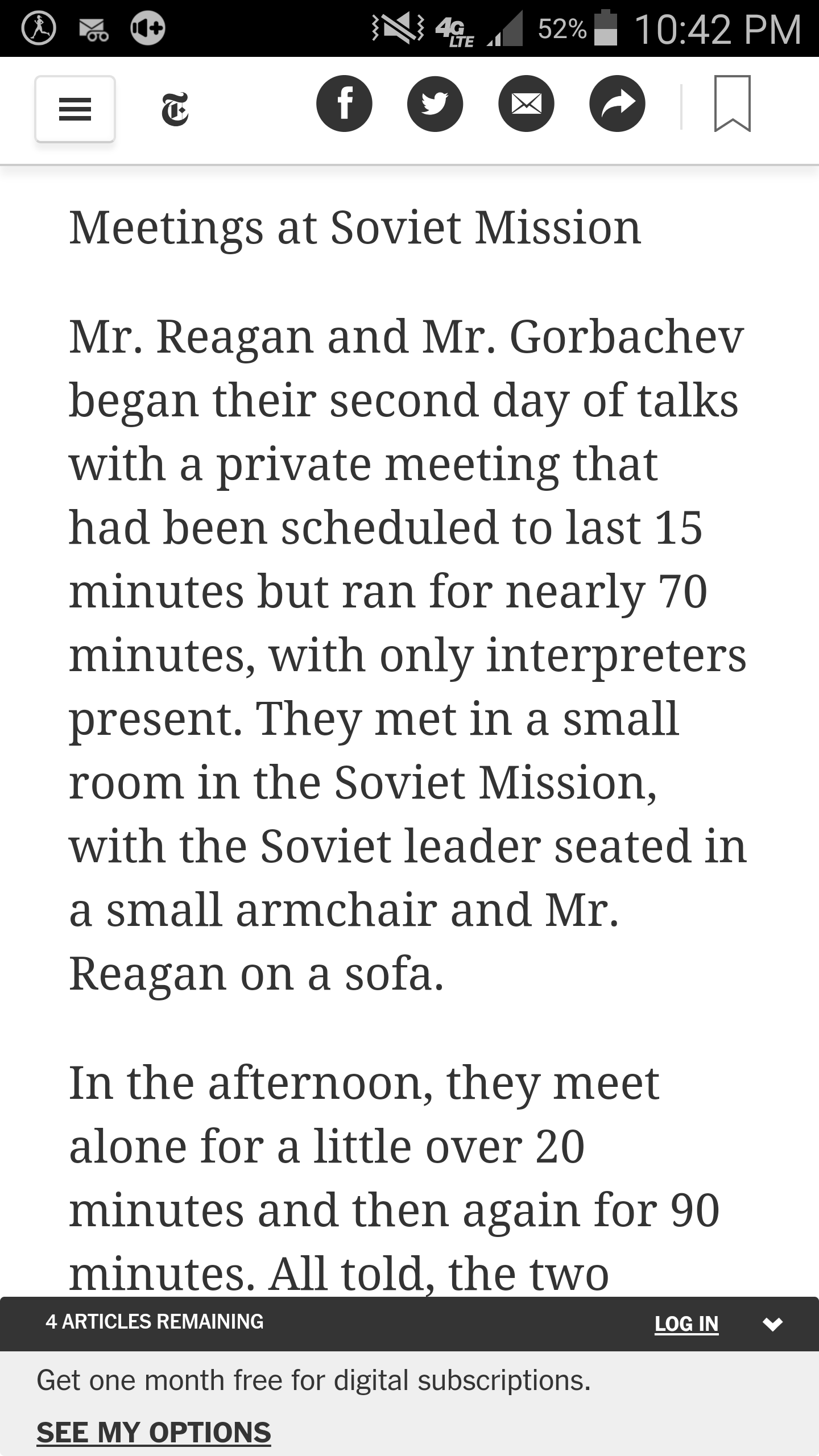 You earn more than one star "educating" the person who has "Critical Thinking Is Critical" for their signature...LMAO 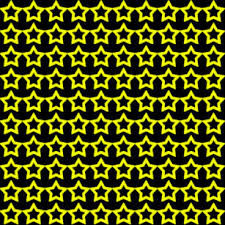 Yeah no kidding, that was embarrassing 😆

originally posted by: DJW001
a reply to: shawmanfromny

posted on Aug, 5 2018 @ 03:35 AM
link
Still hooked on Russia... ATS members never heard of Disinformation
Russian allegation is slight of hand... let me point you in the right direction.

Now to link them all.

1. is optional at this point as Isreal seems to have its fingers in our UK pie and it seems the US pie, I'm guessing 3rd party operatives...

Ok onto the meat and bones.

2. The UK government now in the throws of Brexit needed a Brexit friendly US trading partner, Democrats had already ruled out any major trade deal unless the UK was still within the EU. Republicans had declared the opposite(Tax Evasion R us). It would benefit the UK government to have the Republicans at the helm. The EU is also about to introduce new Anti-Tax Evasion Laws... that doesn't sit well with those greedy elites(Reason for Brexit, I digress).

3. The company formally known as Cambridge Analytica part of the SCL Coincidence? Used to analyze and promote data based with careful psychological attacks on the average persons choices e.g Brexit, UK Elections, US Elections... in fact the list is long. Also, may I add a major Conservative Party contributor with close links to serving MPs.

4. Facebook, used to collect our data and then in turn also used on the response psychological attacks via advertising and news feed order.

5. Skripal is a Cyber Security Specialist, Spy for Hire, i.e "Email Hacking" Living near the most militarised secret town in the UK with the Conservative government's concent... A vital link in a chain.

6. The Novachok Fake Poisonings used to get rid of the link that would bring down both US and British Governments... again slight of hand "Blame Russia". A simple question which will prove my theory... Why poison Skripal in public when he regularly goes into the Russian embassy on a monthly basis Another Elephant in the room, if it was Novachok(which it wasn't, it was Fentanyl ) and if a spray was used... that delivery system was made and patented by the US military complex. I could go on and on with this BIG ELEPHANT IN THE ROOM.

7. Blame Russia, the Conservative Mantra, the Bogeyman... The US investigation into Trump is nothing more than a ruse designed to divide the political landscape of America from any kind of consensus. We also see the same tactics here in the UK. This is straight from the Far Right Rule Book. The Far Right our forebears fought and died against... "Lest We Forget"

So to summerise in short... UK interfered in US elections via leaks, espionage(Skripal) and psychological warfare, it seems. Poison or pretense to move or destroy the Links...Skripal and Liquidate Cambridge Analytica(btw the second poisoning was a ruse to strengthen the first case). Isreal in all this well, they have vested interests in keeping their beneficial friends in office. $39,300,000,000 Military Aid

Wake Up and smell the coffee. Let's call it a theory shall we for the sake of the Thought Police reading this post.