Yeah his name is Rick Genest and he's pretty popular in the tattoo world, I believe he committed suicide.

Yep. Face tatoos would be a no sell if the position deals with the public in any fashion.

Another industry that frowns on tattoos is the film/TV industry. Tattoos are copyrighted and the producers don't want to pay royalties to the artist and they don't want to pay the makeup dept. to cover them up on some bit part day player.

They won't tell you but casting directors won't cast actors for small parts if they have viable ink and talent agents are reluctant to sign you.

Meaning common, as in most people are doing it?

posted on Aug, 4 2018 @ 02:44 PM
link
I'm of the firm opinion that anybody who thinks dress codes or tattoo rules have ANY importance whatsoever has a psychological issue. The only exception to this should be clothing that is dangerous, like wearing flip flops to a construction site, or clothing that is obviously meant to be sexually revealing rather than simply comfortable.
If a person is able to do a job, there is no logical reason whatsoever that they shouldn't be allowed to do said job just because their pants are the wrong color or because they have ink in their skin. Wearing black pants instead of khaki pants to your office job doesn't suddenly prevent you from being able to operate your work computer. Wearing a short sleeved shirt instead of one with long sleeves to your receptionist job doesn't suddenly render you unable to communicate with your guests and customers.
Let me tell you why some people think these things are important... The short answer is either psychological inferiority, low intelligence, or a combination of both.
Human beings evolved with a desire to "fit in", to be a part of some kind of group. Whether it's being a fan of a sports team, belonging to a political party, a specific church, etc, we gain a sense of well-being from knowing that we're among other people like ourselves. Clothing appearance standards are a simple version of this. Anybody who tells you what color your pants have to be (khaki or navy, but not black or white, for example) is creating rules that they can use to feel like they're somehow better than those who don't fit into such standards. Everybody who thinks that it is not only acceptable, but expects that other people should tell them what they can or can not look like, is in my opinion lacking a firm self-identity and self-confidence.
This is exactly why, as we see above, some people claim those who don't fit their own personal appearance standards are "trashy" or lacking "common sense". No, you're not more intelligent, more capable, or more cultured than someone else just because they have tattoos and you don't.

Let's get some sacred geometry....

originally posted by: atsgrounded
What do you think?

I think it's a sign of a generation that has few professional prospects so it has ceased to matter as much.
edit on 4-8-2018 by Aazadan because: (no reason given)

posted on Aug, 4 2018 @ 03:16 PM
link
Face tats are up to the wearer. I can't really say they're crap in general, because for people like the Maori, they're very significant and it's the outsiders looking in that are crap for passing judgement without knowledge.

As far as tats in general go, I have one on my upper arm to memorialize our stillborn baby. She/he who says they're ugly has a narrow view of beauty and no grasp at all on personal sentiment. I can say your great-grandma's heirloom wedding ring passed down the line to you is an ugly piece of s# that makes you look like you have obese fingers, but does that diminish it's significance to you any? No? Good, you understand sentiment, at least a little. Try to expand on that, it's not limited to just objects.

Legitimate beauty is also more than just the body. People keep saying that tired line every time an idiot like one of the Kardashians crops up with vapid, empty-headed uselessness, but folks still revert to the physical beauty over considering any inner.

IMO, one of the most gorgeous women in the gaming industry has sleeves, Megan Everett works for Digital Extremes on Warframe. No bones about it, she's a total babe to begin with, BUT she's a great person in general (at least from the perspective of being a stream watcher) If you suck as a person, it doesn't really matter in the end how pretty you are externally), or whether or not you have tattoos, you're still just plain ugly inside. 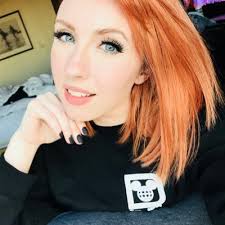 All of my tattoos are easily covered with clothing. I know they are common in this day and age but when applying for a position if you and another candidate have equal qualifications - one having visible tattoos and the other without- the one without will get the position every time! Same with radical hair colors and piercings.

The younger people will complain and say "Oh that's just OLD people!" and forget that we old people generally are the ones doing the hiring!

posted on Aug, 4 2018 @ 07:31 PM
link
Im' young but why the hell would someone want to do this to themselves. Great for the first week down the club making a statement about how edgy you are.... Wait till they are 60 they have like 40 years to hope they can be removed.

Not for me I am afraid, I don't even have my ears pierced. Scares the # out of me!


I'm of the firm opinion that anybody who thinks dress codes or tattoo rules have ANY importance whatsoever has a psychological issue.

In some Utopian world that should be the case...most unfortunately, this ain't that world.

couldnt agree more, personally as the "hire/fire" guy, particularly sales of healthcare commodities / medicine, I couldnt have any of these folks, at least at this time in history working for me.

I do however allow the same freedoms God and nation have provided me, to everyone else. So do as ya want, but no harm to others.

posted on Aug, 4 2018 @ 11:16 PM
link
I find tattoos, piercings, ear holes dirty and repulsive. When I see a young lady on the street with tattoos, I'm always thinking to myself what were they thinking? Do they really think those tattoos make them look attractive? Today young people are using their bodies like a walking billboard. It's like wearing the same shirt for the rest of their lives! Personal perspectives change as people get older. A tattoo or ear hole they think was cool back in their 20's, may be an eye-sore or regrettable later in life. Tattoos are like clothing fads in the 70's. The only difference is, clothing fads aren't permanent.
Face and neck tattoos, you might as well forget ever having a professional career.

Twenty or thirty years from now, I wouldn't be surprised the next lucrative business will be in tattoo removals.

There's plenty of hipster clothing dealers and vinyl record merchants that need someone to mind the store. It's pretty much required actually.